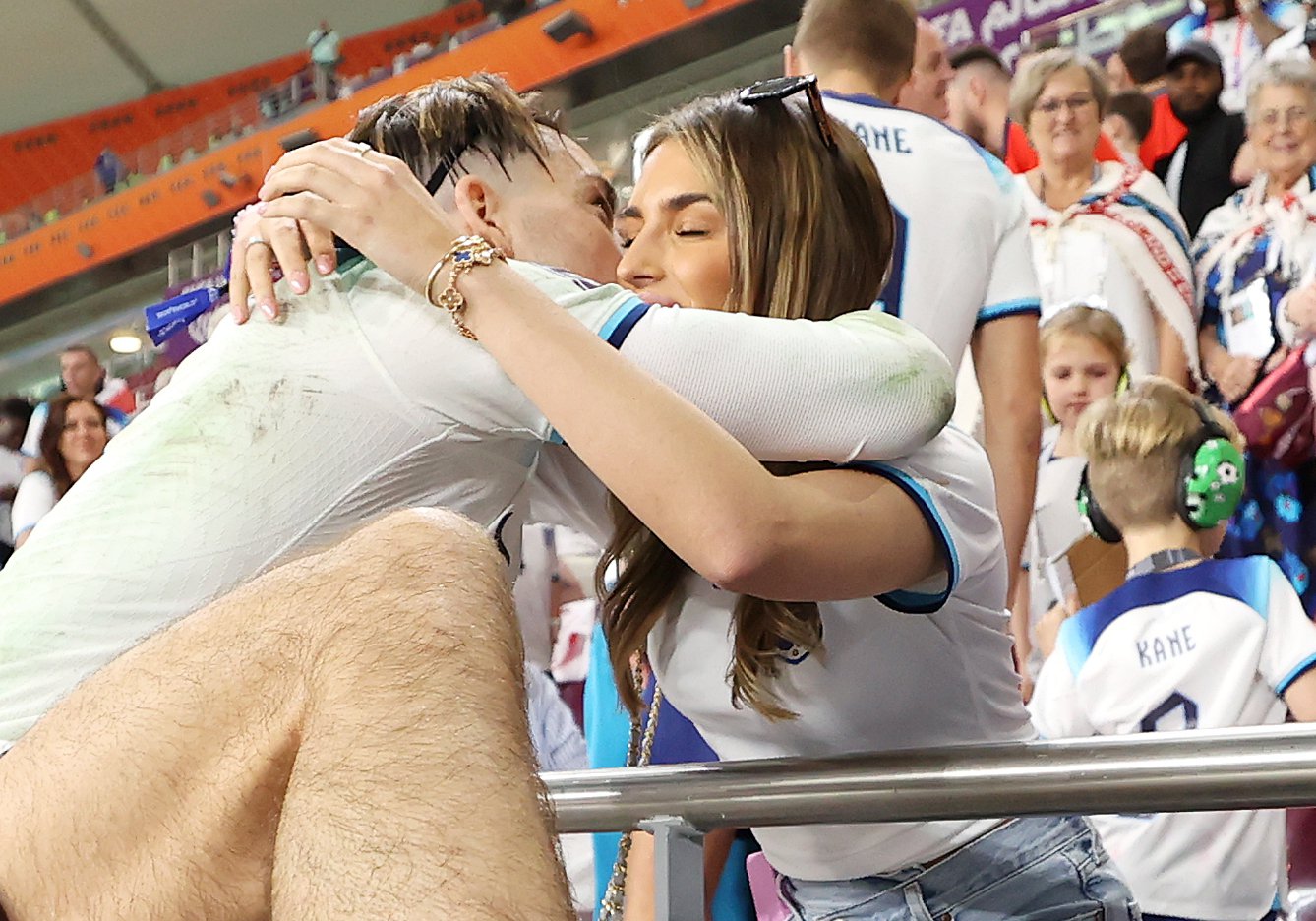 England’s Wags and mini-mes were out in force on Monday as the England team started their World Cup campaign in Qatar, including Jack Grealish’s love Sasha Attwood and Phil Foden’s partner Rebecca Cooke.

Jersey-clad and rearing to prove they’re England’s biggest fans, some of the 26 footballers’ nearest and dearest departed their £1billion cruise liner to take up residency on the maroon-coloured chairs of the Khalifa Stadium in Doha for England’s first game of the tournament against Iran.

Most of the wives and girlfriends kept it low-key in the Three Lions World Cup white and blue T-shirts paired with jeans and trainers for their first stint at the sporting event.

Wearing their partner’s names on their backs, the arrival of the supporters was met with three goals in the first half of the game scored by Jude Bellingham and Bukayo Saka, as well as team veteran Raheem Sterling.

There to celebrate Saka’s goal was his girlfriend Tolami Benson who watched on next to the football star’s brother.

New mother and partner of Declan Rice, Lauren Fryer, was also pictured cradling her new baby who sported protective blue earmuffs as he matched his mum in an England top.

Foden’s girlfriend Cooke was also at the stadium and could be seen jumping into the air on catching a glimpse of her athlete beau as he walked onto the pitch.