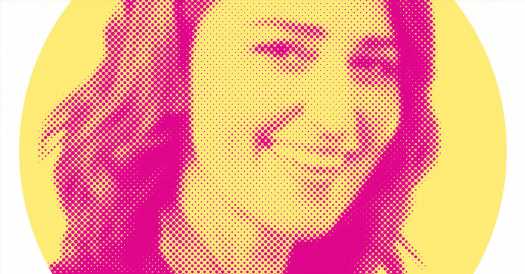 Sara Bareilles is not finding her return to “Waitress” as easy as pie.

Yes, this is her fourth time starring in the show on Broadway. Yes, she still has many of the lines memorized. Yes, she’s mastered the singing-while-sifting-flour drill.

“But I realized how little I was doing over the past year and a half,” the 41-year-old singer-songwriter, who wrote the book and lyrics for “Waitress,” said in a phone conversation from an upstairs rehearsal room at New 42 Studios on a recent Friday morning. “I feel like I’ve been hit by a truck.”

Her return to the show in the starring role of Jenna Hunterson — a baker and waitress trapped in an abusive relationship who sees a pie-making contest as a way out — for a six-week run that begins Sept. 2 will be especially poignant, she said, after the loss of Nick Cordero, an original Broadway cast member who died in July 2020 after a monthslong battle with the coronavirus.

“Coming back to this was intense in ways I hadn’t anticipated,” she said. “The story is so rooted in resilience and community, and the discovery of self-worth and self-love, and those are also themes in the real world right now.”

In a phone conversation, she discussed how she prioritized her mental health during the pandemic, revealed her favorite spots in New York City for long walks and spoke about a place she considers a wonder of the world. These are edited excerpts from the conversation.

The first time I read it, I was going through a bad breakup. Pema Chodron is one of my favorite spiritual leaders, and I’ve read many of her books and listened to many of her lectures and done retreats. It’s really just about simplicity and acceptance, because the more we resist what’s in front of us, the more we create our own suffering. Right now, for instance, I’m tired; I’m exhausted. I wish I was in better shape — but the question is how I can adjust to support myself in the truth of what is rather than spending energy on blaming myself and punishing myself for it not being different.

I’ve struggled with anxiety and depression since I was in my early 20s — and probably, if I’m honest with myself, before that. I’ve been in weekly talk therapy for many years, and meditation is one of the things that I do as just a bare-bones maintenance of my mental health. I’ve been a meditator on and off for around six years, but I’ve been meditating every day for about a year now, so I give the app credit for making it easier to become more consistent. I love the teachers, the teachings, the layout, the whole interface. The great takeaway from my meditation practice is that you can be happy in a day and then sad in a day, in an hour, in a minute — our experience as humans shifts and changes incessantly.

When you take in so much of the news cycle and what we’ve all been going through, to shine a light on people just spending energy being kind to each other makes me happy. It reminds me that while we might be careening off a cliff collectively, there’s some good people. And it’s a contrast to the rest of social media, which breeds narcissism. It’s probably turning us all into zombies, but I’m going to watch cute dog videos, I guess, as I morph.

“Free to Be … You and Me” came into my life as a child, and it’s still one of the great radical accomplishments of a community of artists. The stories they were telling to young children in these very fun and subversive ways were avant-garde and progressive. They were talking about gender and stereotypes and emotions and things that weren’t traditionally fed to the child psyche. It rocked my world, and I listened to it over and over and over again. And then I got to revisit it just last year and sing the theme song for a benefit I did with Seth Rudetsky. There was a song called “It’s Alright to Cry,” and I am a self-proclaimed crier. I have a friend who said, “There are two kinds of people in this world: There are wet people and there are dry people,” and I am very much a wet person, so I really loved that song.

The arts have been told for the last year and a half that we’re not essential, and I’ve seen how devastating that has been to the community and how many people have left the industry completely. But I’ve also now witnessed how the last year and a half has galvanized the community to be more intentional and to come back to work with a deeper commitment to taking care of our members, and it feels like it’s a space where you can actually see tactile change. Getting to step back into “Waitress” is a way for me to process what has happened with people that I love so much.

It’s been a place I’ve gone to over the years for respite, for connection, to get to stand among the redwood trees on rocky beach cliffs. Big Sur, for me, is one of the seven wonders of the world, so it’s devastating to now see it threatened by wildfires. Sadly, I think we’re only at the tip of the iceberg of watching things in places that we love change because of our actions. It’s time to wake up and do something about it.

7. “Where Should We Begin? With Esther Perel” Podcast

Esther Perel is one of my spiritual teachers, although she probably wouldn’t call herself that — she’s a psychotherapist. She’s a brilliant mind who walks through difficult spaces and does a lot of couples therapy, and now she has a new podcast about workplace dynamics and relationships. The “Where Should We Begin?” podcast is something I’ve found so much solace in. The instability and concentrated time brought a lot to the surface that needed to be dealt with. She has some helpful reframing tools that have really opened up spaces for me.

Whenever my boyfriend, Joe Tippett, and I are on a road trip or in a new place, we always gravitate toward the antique stores. I love imagining the stories of all these items that have had previous lives. I’ve been thinking a lot about not buying as many new things as an act of love for our planet — reduce, reuse, recycle. I’m trying to populate my life with things that have already been made.

This is a desert island album for me. It was Nina Simone’s first record, and knowing where she was headed in her life as an artist and activist, there’s something so resonant and intimate about the simplicity of this record. You feel her youth, but no insecurity; she’s such a powerful performer, even at such a young age. It’s a newer discovery, within the last 10 years — I attach it in my mind to when I moved to New York.

If I could choose to do one thing on a day off, it would be a super long walk in Manhattan. During lockdown, I would take these 10-mile walks because there was nothing else to do. I would just walk the length of the island — I’d go up and down West Side Highway or Riverside Park or through Central Park or on the east side, all the way down to the Seaport and Battery Park. And then as people started creeping back out, I got to see the best parts of the city: the resilience, the scrappiness, people making those pop-up places with outdoor seating that cropped up everywhere. I just love that spirit of New York City.