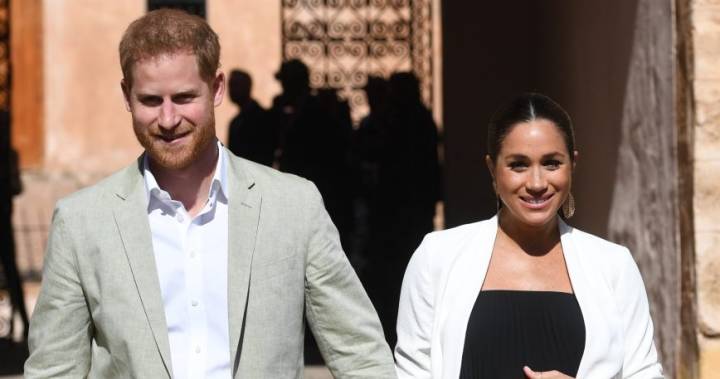 The new royal baby is well on his or her way, and expectant parents Meghan Markle and Prince Harry have some choices to make.

According to royal expert Victoria Arbiter, the role of a royal godparent is to offer friendship and guidance throughout the child’s “spiritual journey.”

The goal is to give the child access to several unique perspectives throughout his or her life.

A clear front-runner is Markle’s close friend Jessica Mulroney, according to Arbiter.

“She has been an amazing friend, and she has an amazing background in terms of her marriage to Ben Mulroney, whose father was prime minister [of Canada]… They would be able to offer wisdom about being in the public eye.”

“If we were to see any Royals, Eugenie and Harry are very close,” Arbiter says. “I think Eugenie deeply appreciated her mother being included in Harry and Meghan’s [wedding] guest list.”

Arbiter also expects to see a few of Harry’s close friends, as well as a cousin or aunt from his mother’s side of the family, to be included.

Alternatively, Harry may pick his childhood nanny Tiggy Legge-Bourke. “She was an amazing support when Diana died,” says Arbiter.

Godparents to the family have historically been European royalty or members of the extended family. Arbiter says this is no longer the case.

“I think we’ll see a cross-section in terms of generations and we’ll see people who have been deeply loyal to the couple,” says Arbiter.

The role of godparent is increasingly given to close friends of the mother and father — regardless of status.

For example, Prince George, the eldest of Prince William and Kate Middleton’s children, has seven godparents. Four of them — Oliver Baker, Emilia Jardine-Paterson, Julia Samuel and William van Cutsem — were cited by Kensington Palace as being chosen for their close and long-lasting friendships to the Duke and Duchess of Cambridge.

There is no expectation in terms of how many godparents a royal baby should have.

“Edward I had 12 godparents, Charles has eight and Charlotte has five,” says Arbiter. “It really depends on who they want to include, but there isn’t a set number that’s required.”

Last week, Markle and baby Sussex were being showered with gifts at The Mark Hotel in New York City. According to Harper’s Bazaar, 20 of Markle’s closest friends were in attendance, including Mulroney, Serena Williams and Gayle King.

In January, Markle revealed that she was six months pregnant, and due at the end of April or the beginning of May.