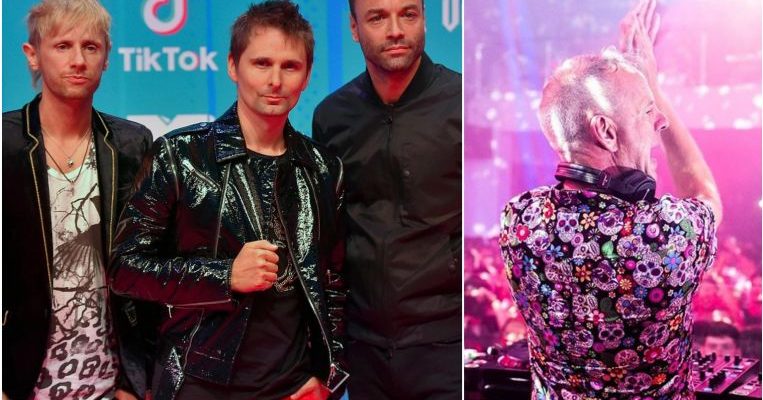 Taking place at the Marina Bay Street Circuit from Sep 20 to 22, more acts are expected to be announced in the next few months.

The annual F1 concerts are traditionally some of the biggest gigs held in Singapore, with a massive main stage at the Padang that draws up to 65,000 music fans per night.

Muse are one of Britain’s most successful rock bands in recent years, with two Grammy Awards and two Brit Awards to their name and have sold more than 20 million albums globally. The band released their eighth album Simulation Theory in November. They will perform on Sept 21 in the Circuit Park’s Zone 4. Muse have played several times in Singapore, including at Singapore Indoor Stadium in 2015.

British DJ and producer Fatboy Slim, who has also won Grammy and Brit Awards, became known for 1990s dance music anthems such as Right Here, Right Now (1998) and Rockafeller Skank (1998). He will perform at Zone 1 on Sept 21.

Jamaican band Toots And The Maytals, formed in the early 1960s, are among the pioneers who helped popularise reggae, ska and rocksteady music around the world. The will perform at Zone 1 on Sept 20 and in Zone 4 on Sept 22.

American band Larkin Poe, led by sisters Rebecca and Megan Lovell, will be playing their first show in Singapore in Zone 1 on Sept 21 and Zone 4, Sept 22.

Tickets for the 2019 Singapore Grand Prix start from $38 for single-day wheelchair accessible platforms and $98 for single-day grandstands. Go to www.singaporegp.sg or call 6738-6738.