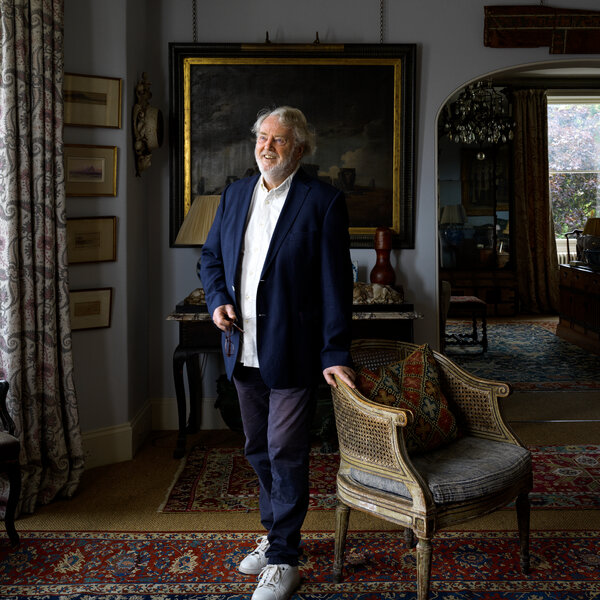 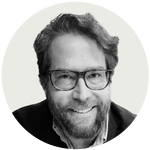 Soon after Robert Kime redecorated Clarence House, long the London home of Queen Elizabeth the Queen Mother — or “Queen Mum” — for Prince Charles, a friend of hers came by to survey his work. “But I don’t understand what all the fuss is about!” she was quoted as saying in The Financial Times in 2015. “Nothing has changed at all.”

The friend had presumably overlooked the new color schemes and upholsteries that Mr. Kime had chosen for the house, which had by then been passed on to the Prince of Wales, the queen mother having died in 2002. Mr. Kime had also installed a new assortment of antique carpets, tapestries and centuries-old furniture scavenged from the depths of the Royal Collection.

Most interior decorators might have found the friend’s words chilling. But for Mr. Kime, altering in form while maintaining essence was not a failure of vision but a design goal.

Proudly old-guard in taste, he rose from a teenage antiques dealer scouring village junk shops for hidden treasures to become one of Britain’s pre-eminent decorators.

Mr. Kime was the trusted decorator for Prince Charles, who hired him to redecorate not just Clarence House in the early 2000s, but also his private apartments at St. James’s Palace in the 1990s, as well as Highgrove House, the home in Gloucestershire that he shares with his wife, Camilla, Duchess of Cornwall.

Mr. Kime’s ability to make a space “welcoming, interesting and above all comforting” was a “process of genius,” the Prince of Wales wrote in a foreword to the book “Robert Kime,” a lavishly photographed 2015 survey of Kime interiors. He added, “I always think the ultimate test of a room or space, whether inside or out, is if it makes you want to stay there and it is hard to drag yourself away.”

Mr. Kime also brought his blend of timeless elegance and antiquarian expertise to the homes of the Duke of Beaufort, the brewery fortune heiress Daphne Guinness, the composer Andrew Lloyd Webber and the fashion designer Tory Burch.

“Robert had a knack for making everything look perfectly imperfect,” Ms. Burch wrote in an email. (In 2019, Ms. Burch and Mr. Kime traveled to Japan to find inspiration for a collaborative collection of wallpaper and fabric.)

Despite his stature in the industry, however, Mr. Kime “didn’t want to think of himself as a ‘designer,’” Orlando Atty, the managing director of Robert Kime Ltd. in London, said in a telephone interview. “He collected things, and he put them in rooms and made them feel special.”

Mr. Kime followed his instincts and his insatiable curiosity, mixing auction-worthy antiques with eye-catching curios foraged at antique shops and bazaars around the world.

Ideas might crop up anywhere. He scavenged the markets of Cairo for arresting linens; a pattern he spotted on a woman’s head scarf on a bus ride in Turkey inspired one of his branded lines of fabrics, to be used as curtains or upholstery. “If you only buy from smart antiques shops, your house will look like a smart antiques shop,” he once said.

Despite the formal elegance of his rooms, there was a looseness to his approach. On a job requiring 20 pieces, Mr. Kime might show up with a truckload of 50, mixing and matching periods and patterns until he achieved the perfect balance. “None of it was precious or polite or tight in any way,” Rita Konig, the London-based interior designer and former House & Garden magazine columnist, said in an interview. “He would say, ‘Just put that there,’ or ‘That jug will do,’ instead of being achingly perfectionist. But, of course, he was a perfectionist.”

In a sense, Mr. Kime sought to infuse the homes of clients, famous or not, with the same feeling of timeless comfort that he sought in his own flat above his shop in Bloomsbury, with its glass cabinet of curiosities, including a wooden chair leg from Egypt thought to be from 2,000 B.C.; a crystal hairbrush stand from Ming dynasty China; and the tail of a beloved horse, now long gone, that he once rode on a trek in Asia. As Mr. Kime said in a 2020 video interview with House & Garden: “I don’t know how you describe romance, actually. But some objects just have it. They just have something that is more than themselves.”

He was born on Feb. 7, 1946, in Hampshire, England. His parents were avid antiques collectors whose passion trickled down to their son. His family moved often, which informed his later desire to “create an illusion of permanence,” Alastair Langlands wrote in the introduction to “Robert Kime,” “with interiors that, without resorting to pastiche, look as if they had grown organically over several generations.”

At 16, Mr. Kime was accepted to Oxford, but being too young to start at that age, he spent five months as a volunteer on the excavation of Masada, the ancient Jewish fortification overlooking the Dead Sea in Israel. “Everything about archaeology is thrilling,” he wrote in an essay published in Casa Cabana, an anthology of home decorating published last year. “It tells you where people and things have been.”

He eventually enrolled in Oxford’s Worcester College, where he studied medieval history. After his first term, however, his mother informed him that his stepfather had left and that there was no money left to continue.

His tutor, the historian James Campbell, would not allow Mr. Kime to leave the university altogether, but granted him two terms off. During that time Mr. Kime gained valuable experience selling antiques, often to Oxford dons, to help pay for his schooling.

“I ended up pretty wealthy, actually, because I was allowed to deal,” he recalled in the House & Garden interview. “In those days, you get on a bus in Oxford,” he added, “and by the time I got to Burford, I could have stopped at four or five different villages, all of which had junk shops and antique shops, all of which I bought things from.”

After his university studies, and before he started a job at Sotheby’s, Mr. Kime attended a party in Northamptonshire, where he was seated next to the heiress and naturalist Miriam Rothschild, who offered him a job selling off her family’s antiques and set him up in a nearby shop, according to The Times of London.

In 1970, Mr. Kime married Helen Nicoll, who would become the author of the popular Meg and Mog children’s book series. The couple soon moved to an 1823 Regency Gothic cruciform house in Wiltshire that had four wings, two of which became showrooms that began drawing the attention of London dealers.

In addition to his son, Mr. Kime is survived by a daughter, Hannah Kime, and three grandchildren. His wife died in 2012.

While Mr. Kime would go on to leave his mark on some of Britain’s grand properties — Badminton House, Goodwood House, Alnwick Castle — his mind at times still turned to a garden shed, filled with antique furniture, where he whiled away hours as a child.

“I loved that shed,” he told House & Garden, “and I used to go and rearrange it. I got the feeling I was in control of something. That I wasn’t being told what to do. There was all this world that I could manipulate to my own advantage and pleasure — and that’s when I started what is called interior decorating now.”