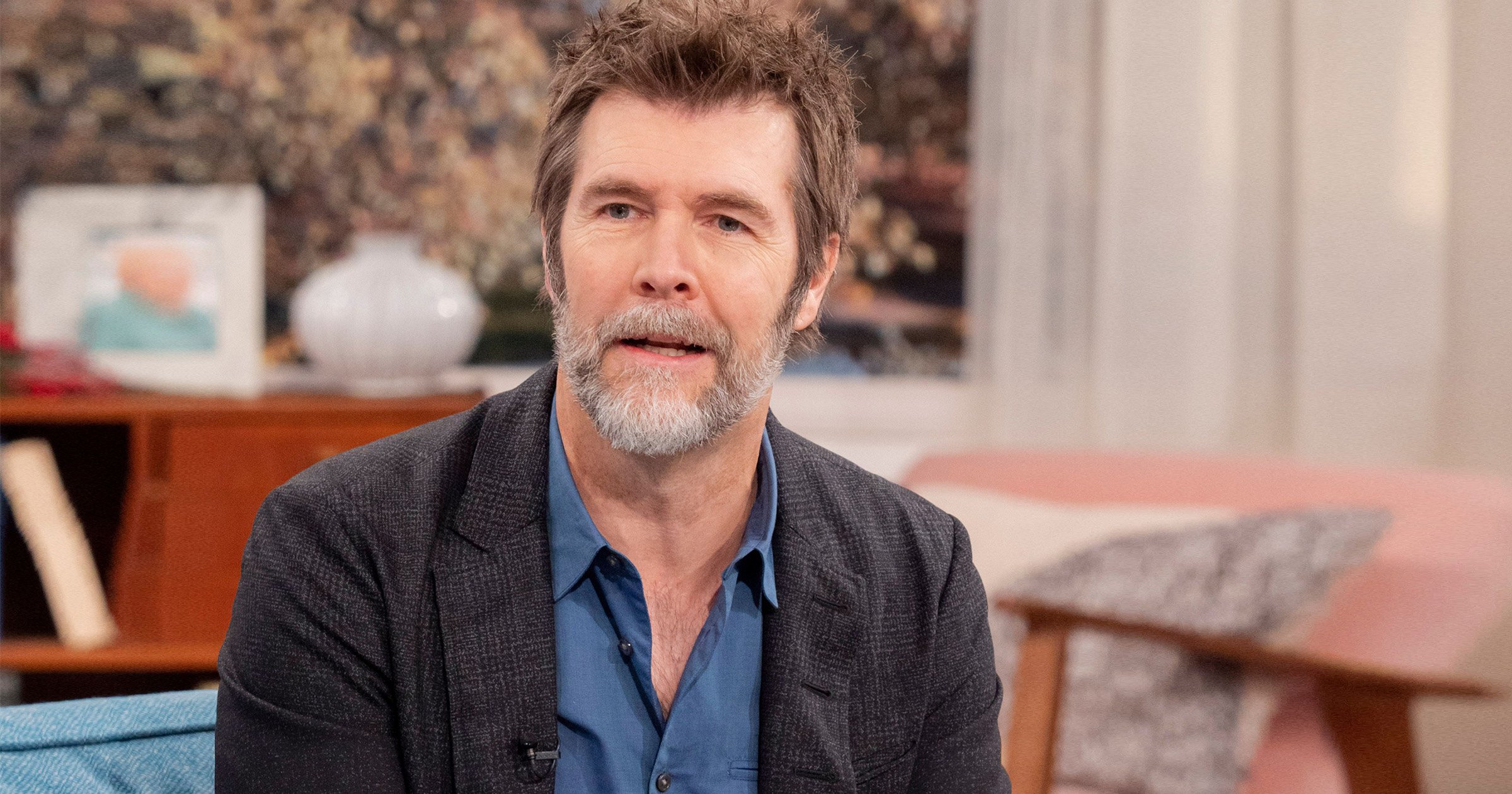 Rhod Gilbert has opened up about his health, revealing that he has been diagnosed with stage 4 cancer.

The comedian also expressed his optimistic while looking ahead to the future, saying: ‘I’m feeling good and feel like I’m recovering day-by-day.’

In July this year, the 54-year-old revealed that he was undergoing treatment for cancer at Velindre Cancer Centre in Cardiff, a hospital he’d supported for 10 years.

‘While I never imagined that I would be a patient here, I know better than anyone that I am in the best possible hands. The NHS care I’m receiving is incredible,’ he said at the time.

In a new interview with BBC Radio Wales, Rhod recalled the symptoms he suffered before his diagnosis, which forced him to cancel shows.

‘I had a terribly sore throat, tightness through my neck. I was having to cancel shows because I couldn’t breathe,’ he said.

‘I was having all sorts of problems and we couldn’t get to the bottom of it.’

While he was fundraising in Cuba, raising money for the charity that now provides him with care, he noticed that his symptoms had become worse, he said.

‘In May, I noticed lumps started popping up in places they shouldn’t be. It turns out I’ve got stage 4 cancer,’ he stated.

‘I also caught Covid on that walk as well. I came home with cancer and Covid from a Velindre fundraising trek… the irony of that! I went as a Velindre patron and came home as a patient.’

Rhod said that the care he’s received ‘is beyond words’ after going through chemotherapy, radiotherapy and surgery, but he’s yet to find out if the treatment ‘has worked’.

The comic, who was recently hosted the DIY SOS Children In Need special, suggested that he’s feeling inspired to write new material to perform in future shows.

Saying that he has a feeling ‘when I’ve got through all this there’ll be a show in it’, he added: ‘The things people say when they find out you’ve got cancer… people panic. There’s a lot of humour in it.

‘Hopefully I’m going to jot it all down and one day bring it to the stage.’