PARIS — Anémone, 65, an impersonator at the famous Chez Michou cabaret, and Freya Kor, 22, the winner of the“Drag Me Up Paris” competition, have remarkably similar jobs: Makeup, wigs and onstage lip-syncs are all part of their routines. Yet in this city, they belong to different worlds entirely.

Ms. Kor is one of a booming young generation of drag queens influenced by the TV show “RuPaul’s Drag Race,” brought to French screens in recent years by Netflix. In bars and nightclubs around Paris, their uproarious, gender-bending performances are drawing increasingly large crowds, rewriting the rules of a local genre once dominated by “transformiste” cabarets like Michou’s. 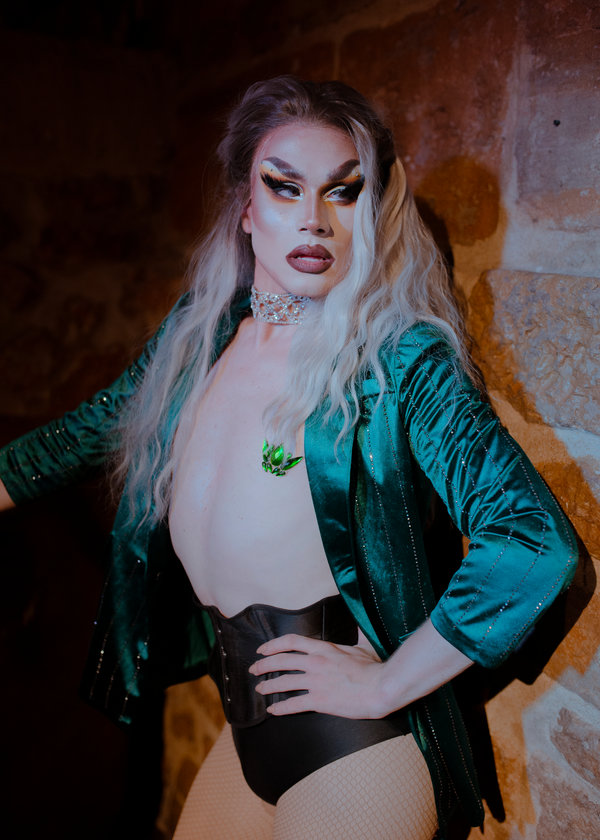 On paper, there is one key distinction between the two traditions: While transformiste artists take on a range of personas, often impersonating real-life icons, drag queens create a single alter ego. In practice, the shows pull in very different audiences, split along generational and social lines.

Sit down for dinner and a show at one of the few remaining transformiste venues and the crowd will look much as it does at non-drag cabarets like the Moulin Rouge: middle-aged tourists and families. The succession of lip-sync numbers often feels like a nostalgic singalong, with pastiches of celebrities such as Celine Dion and Barbra Streisand along with a roll call of French pop singers.

By drag’s standards, Chez Michou and L’Artishow, two popular spots, have impressively long herstories, as RuPaul would put it. Chez Michou, which opened in 1956, is the oldest active transformiste venue in Paris and a fixture of the night life in the Montmartre district. Its walls are covered with pictures of its famous founder, Michou, now 88, linking arms with stars and politicians through the years. L’Artishow, created in 1986, changed venues several times before settling down at its current location, a discreet building in the residential Nation neighborhood, in 2002.

As theater, however, they can make an uneven impression. Drag isn’t Chekhov, but L’Artishow’s current production, “Zoom,” should consider the Russian playwright’s gun rule: If Péthunia, a ditsy recurring character with an enormous pink 1960s hairdo, opens the show with a pistol to a James Bond musical theme, that fledging narrative requires some development. Perhaps wisely, the show at Chez Michou doesn’t strive for a theme. Each number is simply introduced by a tongue-in-cheek voice-over.

Still, the best performers elevate the genre’s good-humored entertainment into an art form. Lip-syncing is harder than it looks: Since the audience is aware of the illusion, it requires the performer to not just mimic but subtly exaggerate a singer’s physicality. While L’Artishow has some highly gifted cast members, like Galipette, who imitated Ms. Dion with spot-on mouth distortions, Chez Michou remains home to the most impressive transformiste craft, with performances perfected down to the smallest head tilt. Le Coquelicot, one of Chez Michou’s superb lip-syncers, could almost be mistaken for Ms. Dion.

A modern drag sensibility isn’t entirely absent from the Paris cabarets, however. At Madame Arthur, which has existed on and off since the 1940s, you’ll find a younger crowd and idiosyncratic, fully formed characters like Charly Voodoo, a charismatic pianist with a deadpan manner and a minuscule waist, and the accordionist Oiseau Joli. Unlike at Chez Michou and L’Artishow, company members sing and play music live, and the shows have a new overall theme every week or so.

Outside these venues, French drag — as opposed to the current American scene — is still far from the mainstream. No local drag queen has achieved widespread recognition on the national stage, and opportunities to make a living are scarce. Many drag events remain marketed mainly to the L.G.B.T.Q. community through social media.

Venture into the drag night life, however, and you will find a subculture as vibrant and welcoming as any in France today. The joie de vivre at most events I attended was practically un-Parisian, with no neutral colors or existential gloom in sight. Several organizers estimated in interviews that the number of local drag queens has at least quadrupled in the past two years, with an influx of so-called “baby drags,” and the scene is alive with a sense of giddy creativity.

It’s also in flux: While drag queens found a home for years at House of Moda, that gay party founded in 2011 sashayed away with one last hurrah at the nightclub La Java in July. Here, the real show was in the audience, and the celebration was attended by several memorable night creatures, as Paris’s fashion-forward queens, who model elaborate outfits but don’t necessarily perform, are called. Zombie brides brushed past wigs topped by Greek columns, and windmills mounted on shoulder pads; the Instagram star Tiggy Thorn (who hosts a new party, Kindergarten) showed up covered in plush starfish and unicorn toys, her face obscured by metal ornaments.

While the night creatures’ glam aesthetic sometimes feels disconnected from drag’s politically subversive roots, drag kings — women who dress as men — haven’t forgotten them. Riotously feminist shows like “Kabaret Kings” wear their beliefs on their (manly) sleeves. At a show in June, the excellent host, Louis de Ville, paid tribute to the 50th anniversary of the Stonewall uprising in the United States, as 12 performers parodied a Wall Street financier, dubbed Mr. Goldman Balls, or an intolerant priest who later transformed into Lady Gaga.

Many drag queens are opting for lighter entertainment to attract a large audience. There is drag lotto and bingo at La QueerMess, a night led by the sharp-witted Marie Jo Dassin and Bosco Noire at the tiny M’sieurs Dames bar. And “Drag Me Up Paris,” the live competition, emulates “Drag Race” with weekly rounds of elimination and dueling performers lip-syncing for their lives.

The first victor, Ms. Kor, returned in July for JeudiBarré, another regular show introduced by one of Paris’s top drag queens, Cookie Kunty. Fans of RuPaul felt at home: American drag slang, from “shade” to “tuck,” was woven into the French repartee, and Ms. Kor made a joking reference to Miss Vanjie, a star of the most recent “Drag Race” season.

Yet there was also something identifiably French about her story. Ms. Kunty explained that Ms. Kor grew up in the Paris suburbs, where L.G.B.T.Q. acceptance is hard to come by. Ms. Kor, who wore a purple wig, an emerald green vest and little else, looked almost fragile as she lip-synced to lyrics by Alicia Keys: “I found a brand-new kind of free.”

Afterward, the youthful audience — a mix of aspiring drag queens and couples both gay and straight — greeted her with the same sense of affection many of Chez Michou’s older visitors seemed to have for the cabaret’s performers. There is drag for everyone in this city: In their own way, transformistes and drag queens are both serving Parisian realness. 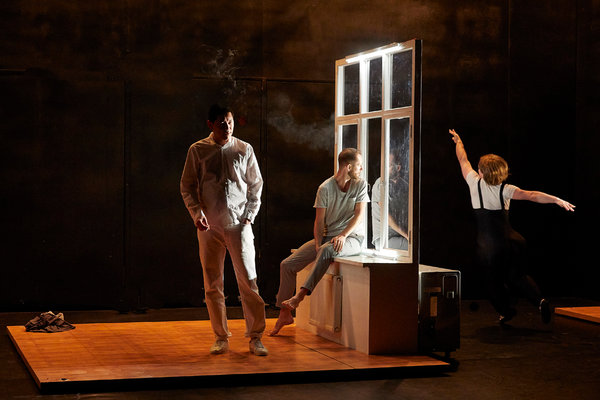 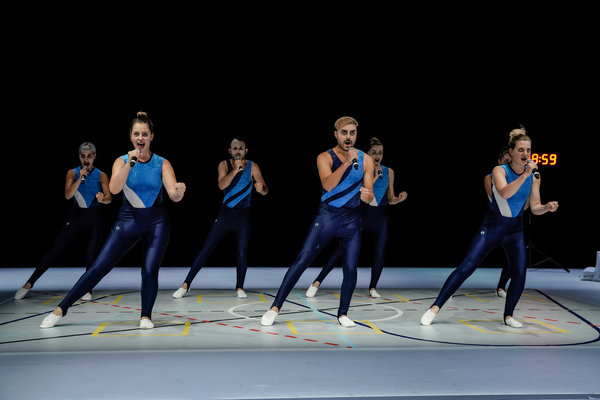 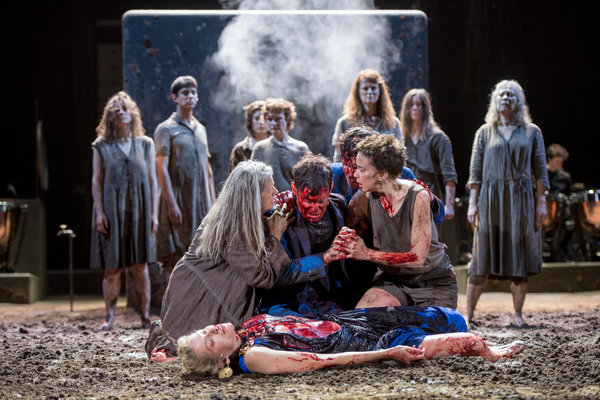