The release of the Air Jordan 1 High OG “Bordeaux,” originally announced as part of Jordan Brand’s Holiday 2021 Collection, marks the return of a classic Jumpman colorway. Though commonly associated with the Air Jordan 7, was first seen in the ’90s, the maroon scheme reached iconic status thanks to its versatility, appearing on a wide range of Jordan models since. Ahead of the Air Jordan 1 High OG “Bordeaux” release this weekend, we take a look at some of the best wine-colored Jordans of all time— each available on GOAT. 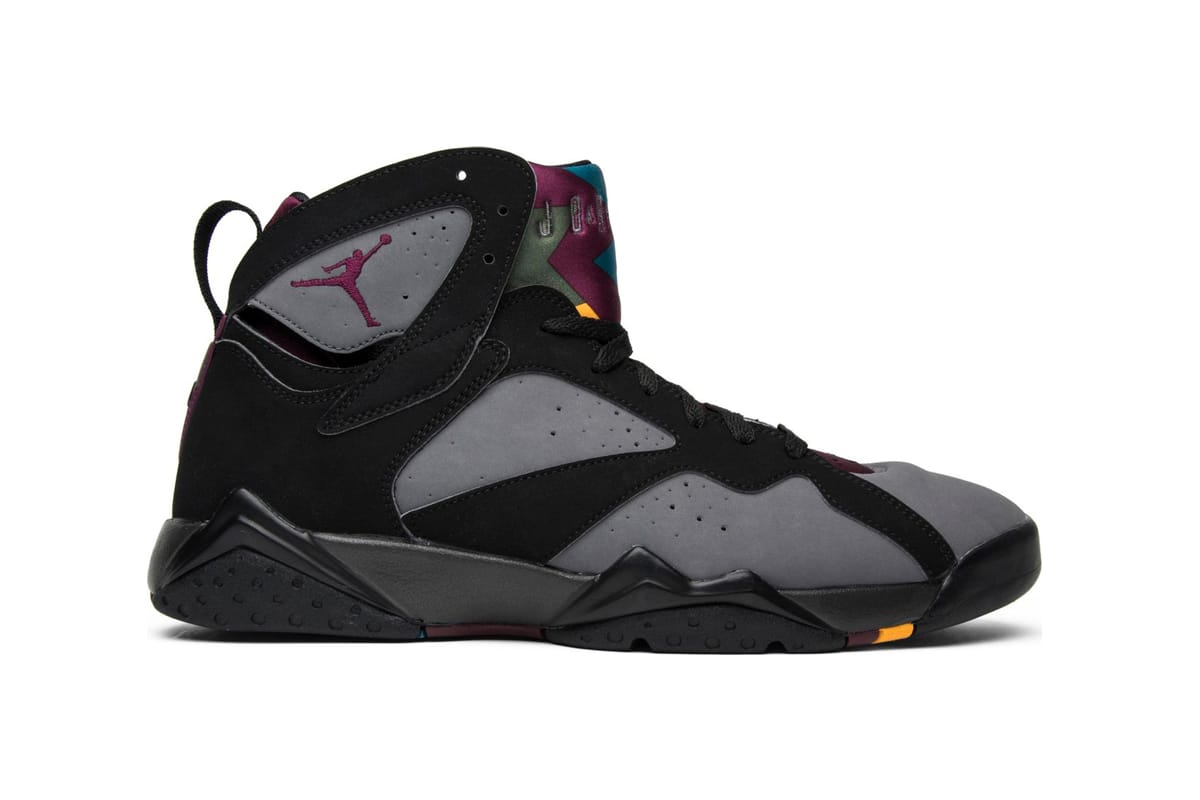 Debuted in 1992, the 2015 drop of the Air Jordan 7 Retro “Bordeaux” marked the second re-release of the style, reviving the fan-favorite colorway as part of the “Remastered” collection. Remaining true to the original, the sneaker is constructed from a black and grey nubuck upper that sits upon a black-on-black midsole and outsole. Hits of the namesake color appear on the logo, tongue and heel counter. 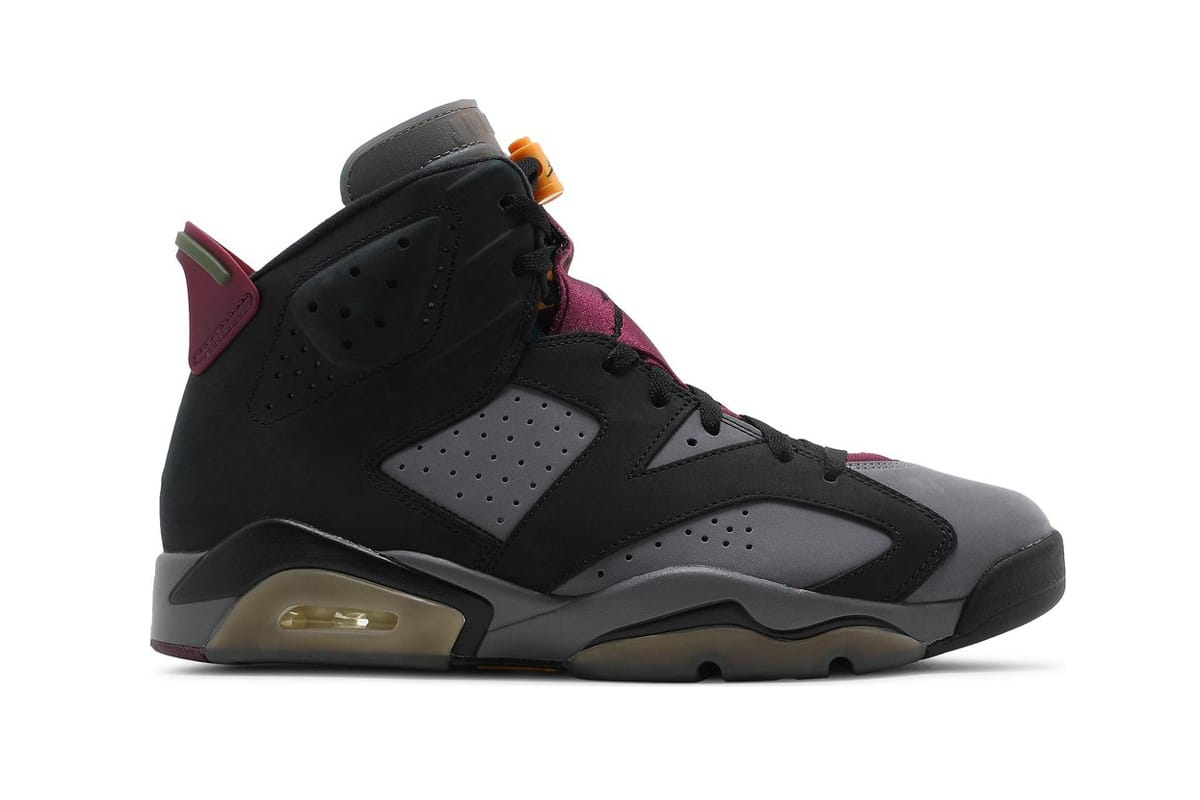 The Air Jordan 6 Retro “Bordeaux” released earlier this year as a celebration of the model’s 30th anniversary. Like others on this list, it pays homage to the OG Air Jordan 7 typically associated with the colorway. Splashes of “Bordeaux” appear on the shiny throat and the heel counter and, similar to the AJ7, the color is complemented by a graphite and black nubuck upper. An orange lace toggle and a green stripe on the heel counter set this release apart. 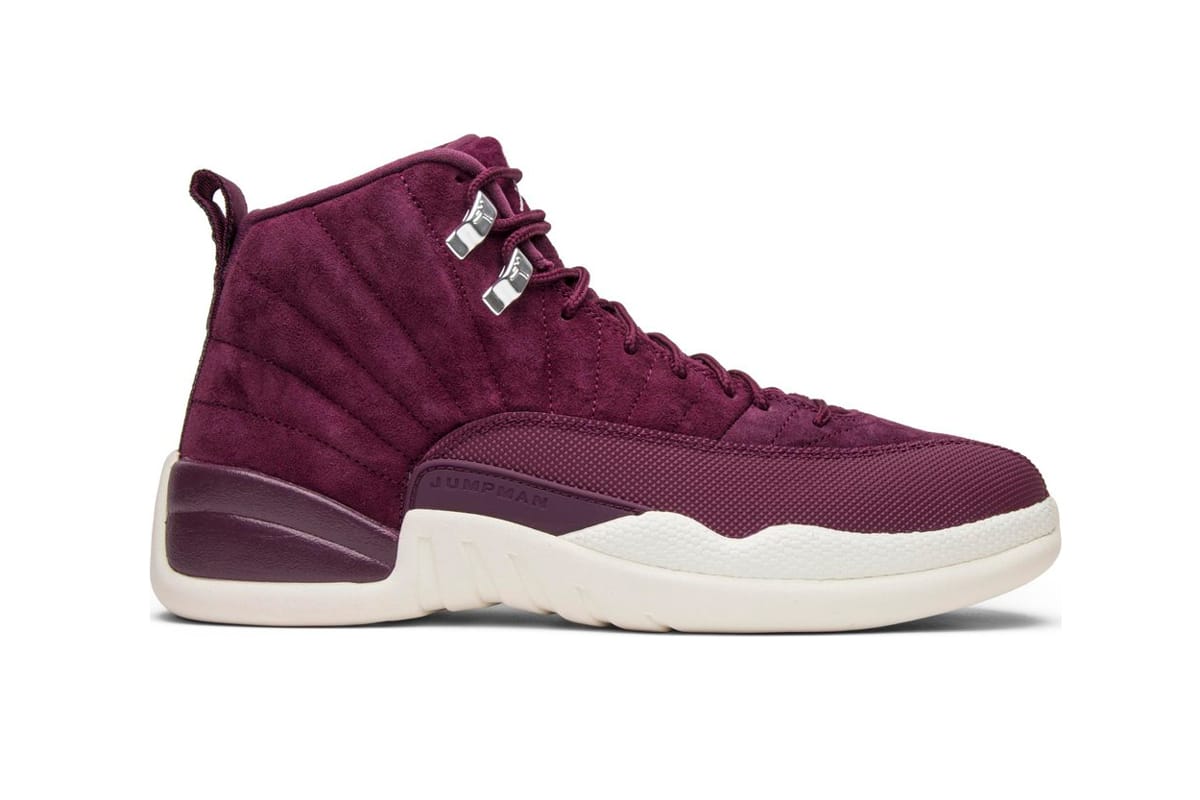 The Air Jordan 12 Retro “Bordeaux” puts the wine-tinted hue on full display, applying it to a premium suede upper with matching laces and tongue. The rich-purple color also appears on the mudguard, which features a faux caviar leather effect for an additional layer of texture. A “Sail” outsole and metallic shoelace loops add visual contrast, rounding out the sneaker’s luxe look. 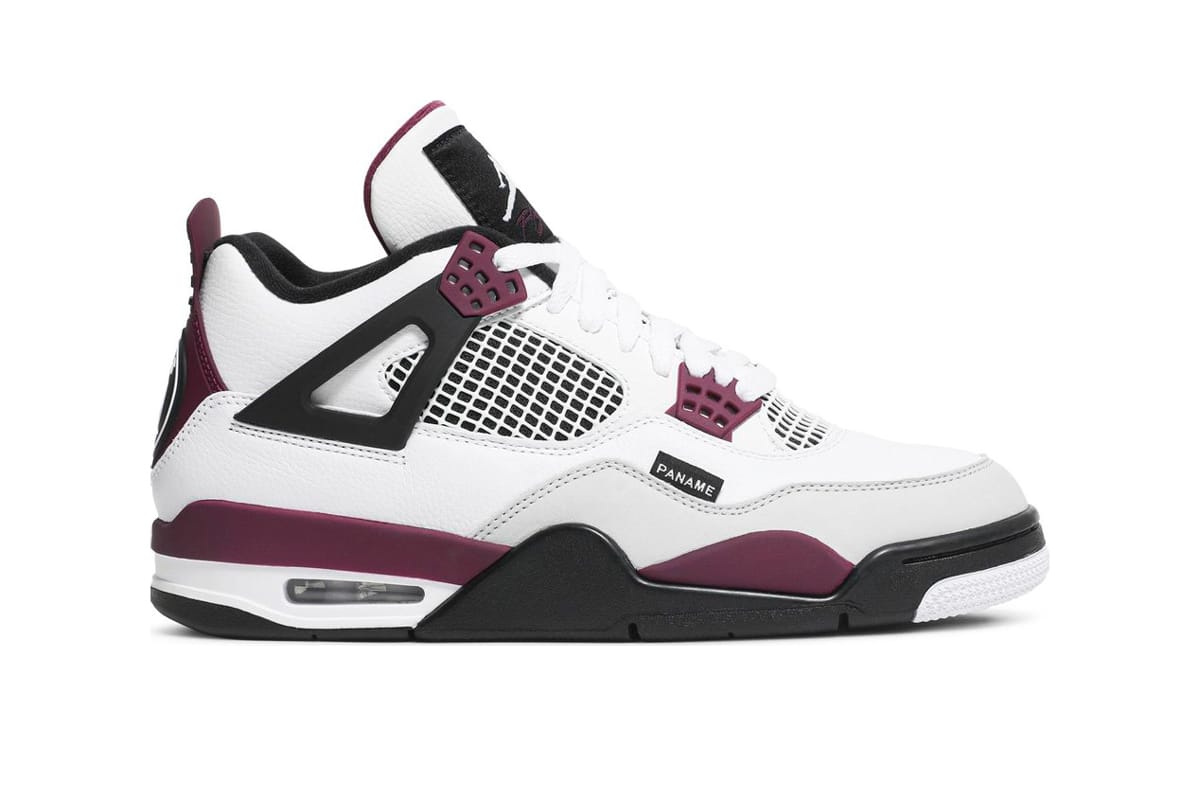 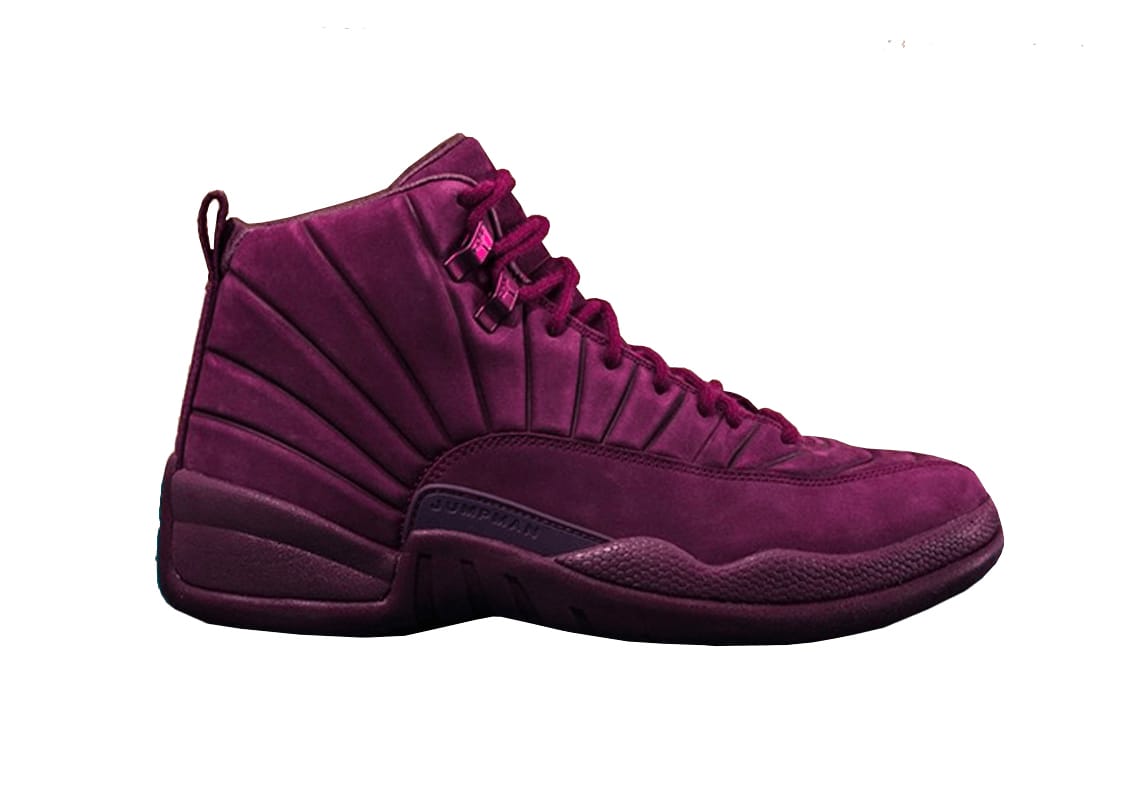 Air Jordan’s collaboration with fashion branded Public School New York explores three of the world’s fashion capitals — New York, Milan and Paris — through a trio of sneakers. The latter pays tribute to the French city with a monochromatic iteration of the Jordan 12, fully swathed in “Bordeaux,” a fitting color choice considering the hue’s origins. The burgundy color hits every part of the sneaker, including the suede upper, laces, outsole, heel tab and lining. 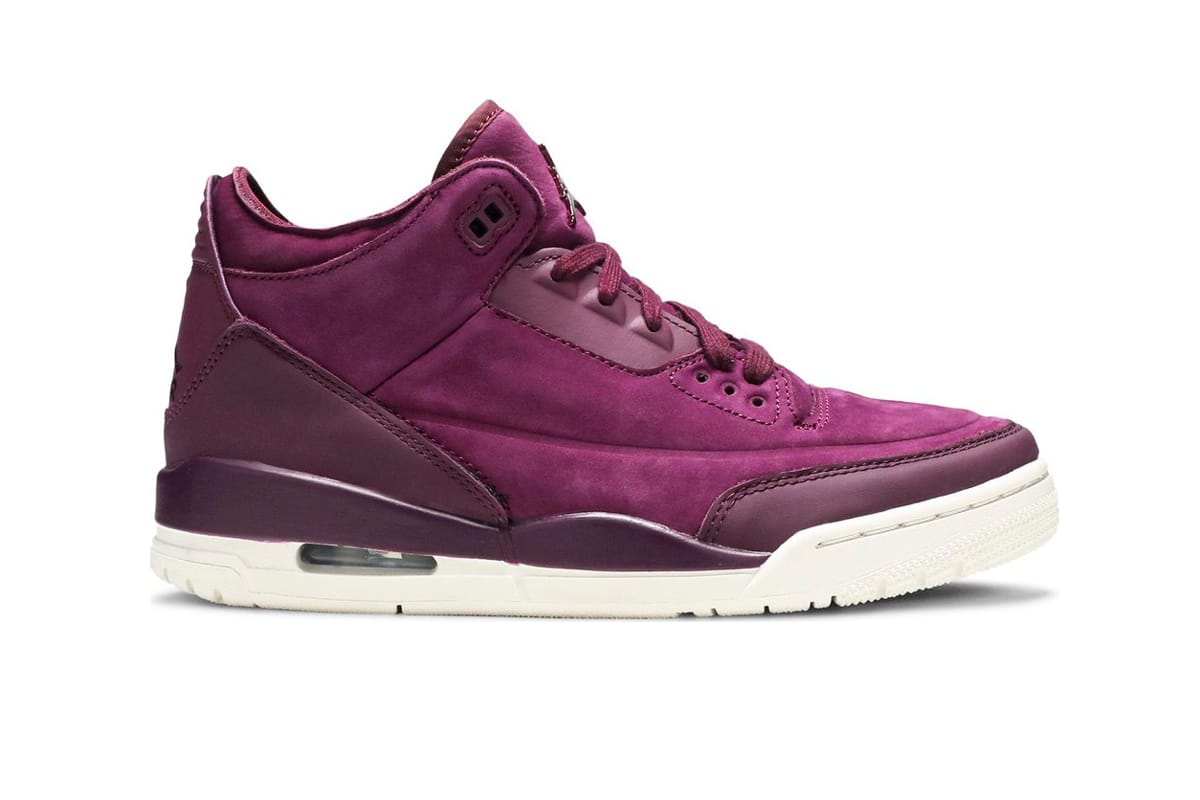 For this 2018 women’s exclusive, the Air Jordan 3 arrived dressed in a suede upper with complementary smooth leather overlays rather than the typical elephant print. The collar includes less padding than other models while, underneath, a white sole houses a visible Air unit. 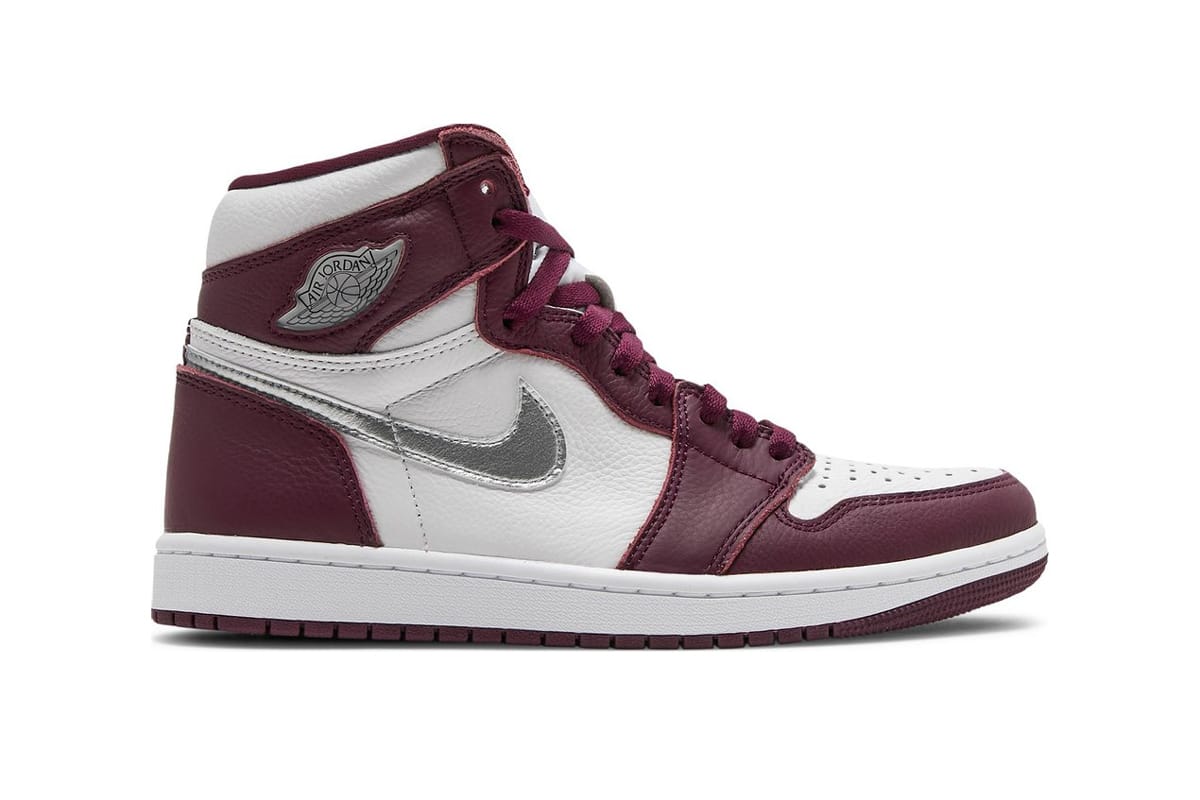 The latest addition to the “Bordeaux” family comes through in a three-toned AJ1. The red wine color pops on the overlays, laces, interior lining and the ankle flap while white leather appears on the toe box, quarter panel, tongue and collar. “Metallic Silver” is boldly used on the Swoosh, tongue and branding, adding a futuristic touch to the classic color.
Source: Read Full Article