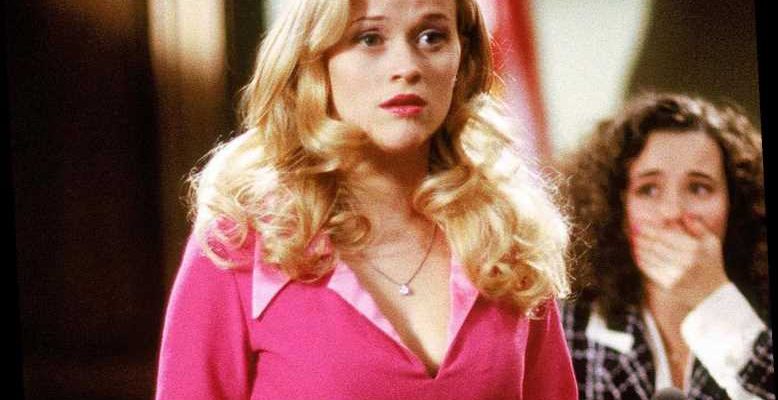 The orange vs. pink debate aside, the most seriously disturbed thing about “Legally Blonde” was Reese Witherspoon’s audition.

The actor, who appeared as Elle Woods in the blockbuster 2001 film and its sequel, recalled getting a demoralizing piece of advice for convincing the studio she was right for the role of the deceptively ditzy law student.

Witherspoon, who covers the The Hollywood Reporter’s Women in Entertainment issue, said she was perceived as a “shrew” following her turn in 1999′s “Election,” so she was encouraged to sex up her image come audition time.

“My manager finally called and said, ‘You’ve got to go meet with the studio head because he will not approve you. He thinks you really are your character from ‘Election’ and that you’re repellent,’” the actor told the outlet.

“And then I was told to dress sexy,” Witherspoon added.

The Oscar winner, who was only 23 at the time, said she didn’t outright reject the note because of the financial and familial pressures at the time ― she’d recently welcomed her first child, daughter Ava, with then-husband Ryan Phillippe.

“It’s funny to think of all the things we were told to do back then because now you’re thinking, ‘Oh God, if somebody told my daughter to do that, she’d be like, I really hope you’re joking,’” Witherspoon added.

As for the audition itself, the “Big Little Lies” star recalled multiple callbacks for the role until the studio believed she was the right fit. Actors like Christina Applegate, Katherine Heigl and Gwyneth Paltrow were reportedly considered for the film as well.

“I remember a room full of men who were asking me questions about being a coed and being in a sorority … even though I had dropped out of college four years earlier and I have never been inside a sorority house,” Witherspoon recalled, noting that she adopted a Southern California accent in the room.

As one of the most vocal proponents of the Time’s Up initiative, Witherspoon has used her platform to call for an end to sexual harassment and misconduct in the entertainment industry and beyond. The actor has also said she’s experienced multiple instances of abuse throughout her career, revealing in a 2017 speech that she was assaulted by a director at just 16 years old.

“If we can raise consciousness and really help create change, that’s what’s going to change this industry and change society,” she said at the time. “So I’m so sad that I have to talk about these issues, but … I would be remiss not to.”

And things will certainly be different when she begins production on “Legally Blonde 3,” which she’ll also produce under her Hello Sunshine banner, alongside the film’s original screenwriters, Kirsten Smith and Karen McCullah.

As for what Elle Woods has been up to all these years later, Witherspoon told The Hollywood Reporter she wants to “discover what age means to that character.”