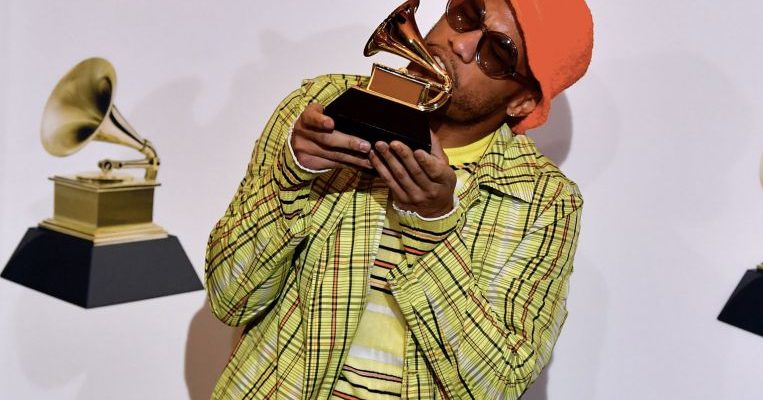 Grammy-winning singer, rapper and songwriter Anderson .Paak continues his northern trek up the Californian coast with Ventura, his fourth album.

Like its predecessors, named after places in the sun-kissed United States state, the album is a delectable spread of neo-soul tunes that takes as much from 1970s Philadelphia and Motown as it does from the modern crop of crooning rappers.

Unlike his previous release Oxnard, Ventura is also the sound of .Paak given free rein, with minimal input by his mentor, hip-hop luminary Dr. Dre.

The result is a lush album, one where sweeping strings flow, the rhythm excites and .Paak’s raspy and soulful voice is bolstered by layers of background vocals.

Winners Circle and Good Heels are stylish slow jams while Chosen One and Twilight, with bouncy beats by Pharrell Williams, are left-field funk bangers.

And while tracks such as Come Home and Make It Better and Chosen One showcase his romantic side, others like King James, a tribute to basketball great LeBron James, is an uplifting call for advancement (“And we salute King James for using his change/To create some equal opportunities”).

Aside from his adroit musicianship – he plays drums and percussion on several tracks – .Paak also shines as a producer who ensures that different elements of the album work together.

The stellar cast of guest artists, ranging from soul veteran Smokey Robinson (Make It Better) and R&B stalwart Brandy (Jet Black) to newer names such as singer-songwriter Sonyae Elise (Chosen One), are not gratuitous, each of them bringing their own distinctive flavour. The album is bookended by collaborations with two hallowed names from the past two decades of hip-hop.

Outkast’s Andre 3000 comes out of hibernation, dropping a rare verse on opening track Come Home, spitting double entendres in double-time verses so snappy that you can almost feel his spit raining down (“Normally harmony, bumblebee, hummingbird/I’m a nerd, study you/What are you, WWF?/We fightin’, we might need counselling”).

In album closer What Can We Do? (“What can we do?/To make it feel just like it used to feel/If my cup was empty, you could fill it”), .Paak carries off a tasteful posthumous duet with late Californian hip-hop legend Nate Dogg, who died in 2011.

.Paak turns Dogg’s previously unused vocals, as well as studio banter, into a dialogue, a fitting eulogy to the much-missed singer.