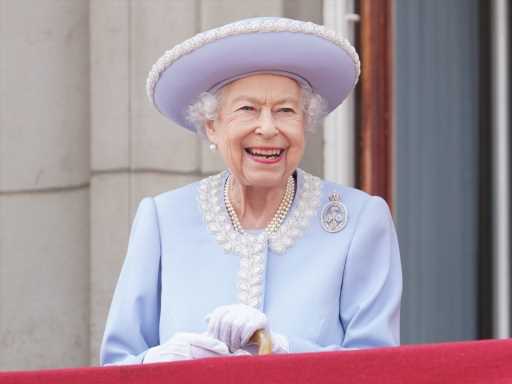 Prince Harry and Meghan Markle’s return to the United Kingdom for Queen Elizabeth II’s Platinum Jubilee celebrations mark the first time the couple have reunited with the royal family in more than two years. Among the reunions we were most looking forward to, there’s one that’s been front-of-mind for many longtime royal fans — and it finally happened. The Duke and Duchess of Sussex’s daughter, Lilibet, reportedly finally met Queen Elizabeth II, and their introduction to one another sounded absolutely perfect.

According to the Daily Mail, Omid Scobie confirmed on BBC Breakfast that the long-reigning monarch met Harry and Meghan’s soon-to-be one-year-old daughter following yesterday’s Trooping the Colour. The couple joined the royal family for a private lunch at Buckingham Palace after the military ceremony. Prince Harry and Meghan then joined the queen at Windsor, where the monarch met little Lilibet.

An initial report seemed to indicate Queen Elizabeth II would meet her great-granddaughter on Lilibet’s birthday, which is tomorrow, June 4. Even if the queen intends to join the Sussex’s for Lilibet’s birthday, it will still be a very private event. “I think people are expecting some sort of big birthday extravagant event, that we’re going to see photographs from,” Scobie said, per Daily Mail.

“From what I’m told, we shouldn’t expect anything. Those moments with Lilibet are very much private between them and the queen and of course we know how much she’s been looking forward to it.” We can only imagine how much Queen Elizabeth II enjoyed meeting her great-granddaughter and namesake (Lilibet’s name is a touching nod to the queen’s family nickname from when she was little). It’s wonderful that Queen Elizabeth II, Prince Harry, Meghan, and the couple’s children can enjoy this moment away from the prying eyes of cameras, and create a memory they’ll treasure for years to come.