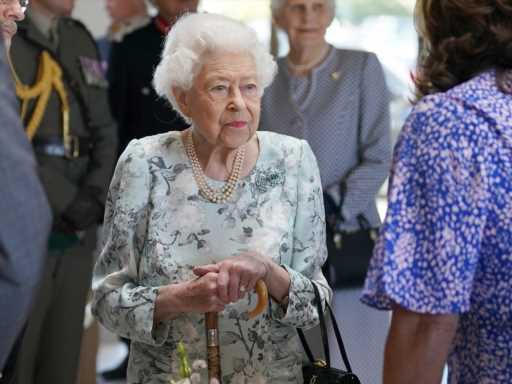 On Christmas Day 2021, a UK man trespassed on Windsor Castle’s grounds armed with a crossbow, telling a police officer “I am here to kill the Queen” before being handcuffed and arrested, per HuffPost. That man, 20-year-old Jaswant Singh Chail, attended a court hearing on Wednesday for charges including intending to “injure the person of Her Majesty Queen Elizabeth II or alarm Her Majesty” under the Treason Act of 1842, as well as threats to kill and possession of an offensive weapon.

Chail, a former supermarket employee from southern England’s Southampton, was allegedly wearing a hood and a mask while carrying a loaded Supersonix X-Bow crossbow with the safety catch off when he was detained at the royal residence, where Queen Elizabeth was spending the holiday, according to prosecutors. Prosecutors also allege the weapon had the potential to cause “serious or fatal injuries.”

Allegedly wanting revenge on the British establishment for its treatment of Indian individuals, Chail sent a video to approximately 20 people saying he was going to assassinate the Queen. He attended the court hearing remotely from Broadmoor, a high-security psychiatric hospital, and he was not asked to enter a plea. The court ordered him to remain detained until his next court hearing, which is set to take place on September 14.

The last person to be charged for a crime under the Treason Act of 1842 was Marcus Sarjeant in 1981. At that year’s Trooping the Colour Parade in London, Sarjeant fired blank shots at Her Majesty as she rode by on horseback. He pleaded guilty to the charge and was sentenced to five years in prison.