Team Doute! Scheana Shay stuck up for Kristen Doute after her secret hookup with Max Boyens was exposed at part one of the Vanderpump Rules reunion.

“The reunion … was not good for her,” the 35-year-old “Scheananigans” podcast host said on her most recent episode after encouraging her listeners to buy Kristen’s new book, He’s Making You Crazy. “She got a lot of sh-t that I don’t think she deserved. She was a single girl last year. Max was a single guy last year. They had sex twice, drunk.” 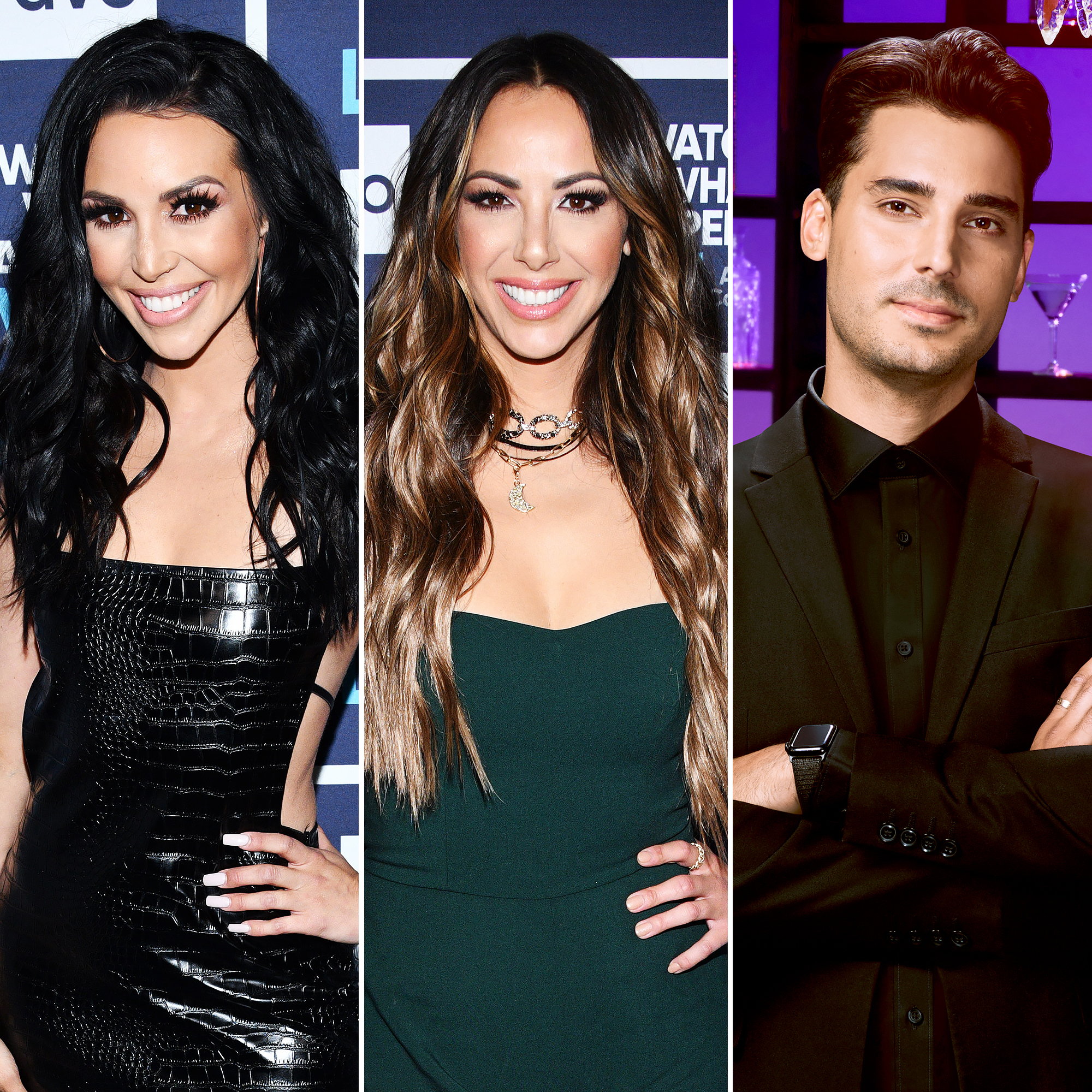 Fans learned on the Tuesday, June 2, reunion episode that Max, 27, and Kristen, 37, hooked up in the fall. Stassi Schroeder subsequently accused the James Mae designer of “pretending” to be friends with Dayna Kathan, who was dating Max during the season.

“Are [Kristen] and Dayna … were they friendly? Of course! We’re all friendly with her,” Scheana said on her podcast. “We all are working together and what not but it’s like, they were never super close. … I dated him longer than her and although hers is more fresh, I am completely unbothered by this.”

Scheana went on to joke that she wanted to play a “drinking game” every time one of her castmates used the term “on brand.”

“Because when they asked me how I felt about it I was like, I was dying of laughter. I was like ‘Honestly, very on-brand. Kristen, Max, both of y’all, very, very on-brand,’” Scheana quipped. “But I just want to say that I was insanely unbothered by it and I think she got a lot of sh-t that she didn’t deserve. Two friends had drunk sex twice last year. We’ve all been there.”

Stassi, 31, was the first to call Kristen’s actions “so f—king on-brand,” citing her former bestie sleeping with Jax Taylor during season 2 while the bartender, 40, was trying to win back the Next Level Basic author. (Kristen was also dating Tom Sandoval at the time of the affair.)

“I’m f—kng shook right now because I thought that Dayna and Kristen were friends, and this is f—king weird,” Stassi said on the reunion. “You were born shady, you remain shady, you will always be shady. And you’re a liar and you have no remorse. And that’s what makes you insane. … This is about you hooking up with another one of your friends’ ex-boyfriends ‘cause you always need to do that.”

Dayna, for her part, said she was “disgusted” by the situation.