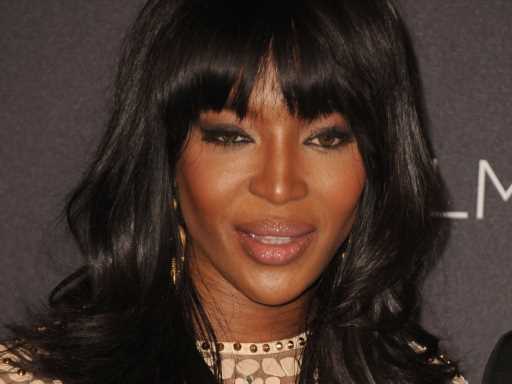 Supermodel and businesswoman Naomi Campbell just reminded the world she is a proud mama in her British Vogue cover, finally giving fans a glimpse of her daughter.

On Feb. 14, British Vogue blessed our eyes with their newest cover model — or rather cover models for March 2022. Campbell wore an all-black ensemble, with her natural, curly hair flowing throughout as she holds her now nine-month-old daughter in her arms. This snapshot is the most we’ve seen of Campbell’s little girl, and the photo is just stunning.

You can see the photos and story from British Vogue HERE.

Campbell secretly welcomed her daughter and announced it back in May 2021, giving small glimpses into her life as a new mom. But in this interview, she set the record straight on a plethora of questions her fans have for her about her, motherhood, and what her daughter is like. First off, she told the world that her daughter was not adopted, simply saying,  “She wasn’t adopted — she’s my child.”

She added that not many people knew about her daughter, saying, “I can count on one hand the number of people who knew that I was having her. But she is the biggest blessing I could ever imagine. It’s the best thing I’ve ever done.”

Campbell also talked about how motherhood has changed her, saying it’s made her selfless. “My daughter comes first. Everything I do, I do for her — that’s it. It’s so completely selfless, isn’t it?”

While she divulged a lot, Campbell has decided to keep her daughter’s name private.

Before you go, click here to see all the celebrities who kept the baby news a secret.