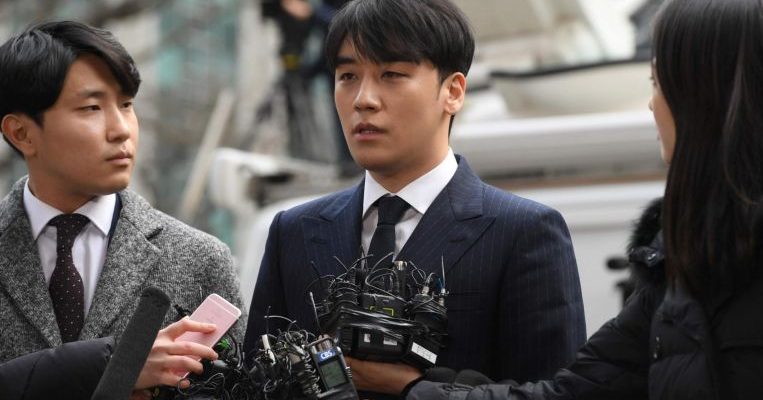 Seungri and his business partner Yoo In-suk may have escaped detention after a judge rejected an arrest-warrant application from the authorities, but they cannot dodge new revelations of their alleged misbehaviour.

The two are said to have procured a dozen prostitutes for would-be investors of their businesses in 2015, and embezzled 530 million won (S$612,000) from the Burning Sun club.

Seungri, who exited show business in March as the K-pop scandal engulfed him and other artists, has denied the charges.

Yoo reportedly has confessed to some misdeeds.

According to newspaper Chosun Ilbo, Yoo told the police that two prostitutes were asked to come to Seungri’s home in 2015.

One woman told the police that they were given an address by their boss.

Upon arrival, they were met by Seungri and Yoo who then picked their choice before heading to separate rooms with the women.

Asked why the women were summoned, Yoo reportedly said Japanese investors would be arriving in Seoul the next day.

He added that he and Seungri wanted to find out if the two women were suitable since they would be told to go to the investors’ hotel rooms.

Seungri has told the police that he paid for the investors’ hotel stay but insisted that he did not procure sexual favours for them.

The fresh revelations have upset netizens, with one person, Xoxony, posting: “Hope everyone knows that not all men are like them.

“Some of us were raised to respect women and not treat them like sampling objects or ways to do business.”