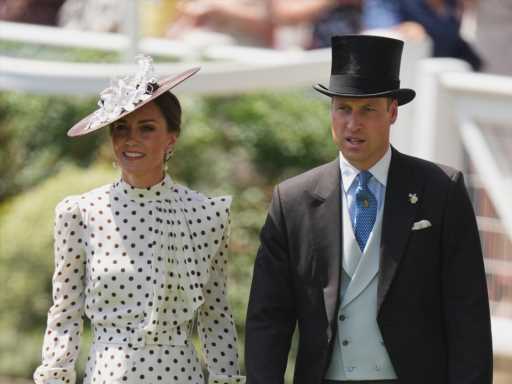 On the eve of Prince William’s 40th birthday, royal sources are talking about his marriage to Kate Middleton and how much the couple rely upon each other for support. Their relationship is always in the public eye, but there has been quite a bit of scrutiny about Rose Hanbury, the Marchioness of Cholmondeley, and her rumored relationship with William.

Insiders are scoffing at those cheating allegations to the Daily Mail and letting everyone know that the Duke of Cambridge is nothing but “protective of his wife.” The source added, “The way he sees it, she is as important to the institution as he is. He genuinely admires the way she has just dug her heels in and stuck with it.” They describe the couple as “tight, just inseparable,” and frankly downright normal (despite being in line to the throne). “They spend all their time together. They lunch together every day, they sit and watch television together every evening,” the source continued. “They do go out and see their own friends, of course, but they spend an inordinate amount of time together and live a very conventional married life.”

That doesn’t mean the duo hasn’t weathered some rough times because the gossip reached a fever pitch in 2019 when a now-deleted tweet, written by Giles Coren noted: “yes. it is an affair. i haven’t read the piece but i know about the affair. everyone knows about the affair, darling.” There are plenty of royal watchers who believe the story was squashed around the same time the negative headlines about Meghan Markle heated up, but the sources close to William swear an affair never happened with Hanbury. “It’s just b******s,” they declared. “They honestly couldn’t be happier as a couple. You can’t get a cigarette paper between them.”

Whatever turmoil may or may not have happened several years ago seems to be behind them as they continue to put forth a united front. It hasn’t been an easy few years for anyone in the monarchy, where feuds, passings, pandemics, and scandals have become the norm. Yet Kate and William are pushing forward with modernizing the palace in hopes of reminding people why their roles are so important — and they are doing it together.

Before you go, click here to see more photos of Prince William & Kate Middleton through the years.