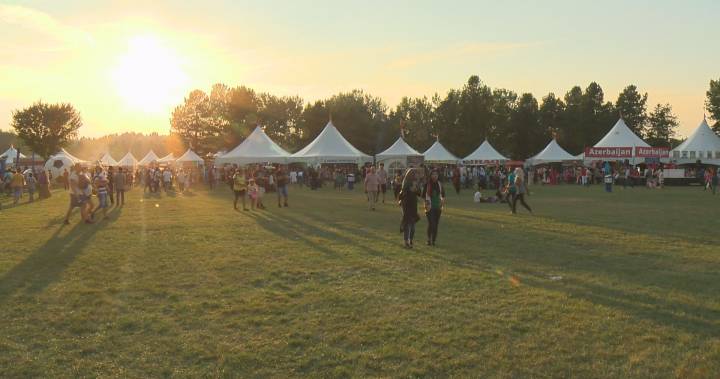 A planned closure of Hawrelak Park is worrying some of Edmonton’s festival organizers. Many were at Wednesday’s community services committee meeting where the prospect that the park could be fully closed for as long as three years was brought up.

Symphony Under the Sky in Hawrelak Park

The issue came to a head when city councillors were hearing about a conflict between festivals — like Interstellar Rodeo, Freewill Shakespeare Festival, the Heritage Festival and others — and a plaza proposal from the Edmonton Federation of Community Leagues that is planned for its 2021 centennial.

“What we’re hearing is a little bit of friction between administration starting preliminary conversations around a capital renewal project that they’re looking at in the next budget cycle, or late in this one, and where that is interfacing things with council,” said Councillor Sarah Hamilton, who chairs community services committee.

Two festivals that Global News spoke with Thursday said they are not opposed to the plaza but feel they haven’t been properly consulted and have concerns about its design and placement.

“We don’t put on a festival so we weren’t included in those discussions,” said EFCL executive director Alan Bolstad.

“Our project was always considered sort of a maybe, it was sort of in the wings but it wasn’t there, so we didn’t get notification of all sorts of sessions that the city had with festival organizations to remind them that we were trying to do this and the implications of our project.”

The festival organizers, however, said they were included in discussions about the 10-year Hawrelak Park rehabilitation project, and were pleased to be consulted.

They recognize work has to be done on the park but are also worried about the impact the construction would have on their events.

“We are talking about either partial closure for numerous years or full closure for a few years,” said Pascale Ladouceur, the city’s director of facility planning and design.

“How is it [that] one of our signature parks gets so close to imminent breakdown?” asked Councillor Michael Walters, before Ladouceur reassured councillors the repairs are still a few years off, and that the planning has been underway for a year.

“The criticality has been assessed as needing to be addressed within three to eight years, depending on the infrastructure,” Ladouceur said.

“So we feel we are doing it at the right moment.”

If they completely close the park, the work will last three years. If the park is partially closed and work is done around other activities, the project will take as many as nine years to complete.

Hamilton said the EFCL project is pushing the timeline.

“What we’re hearing is the infrastructure needs to be replaced. It’s a beloved space in the city of Edmonton and we need to upgrade the pipes and roads and all of that, and I think administration has undertaken some consultation with the festivals,” Hamilton said.

Hamilton said council is in the dark on details because the administration has not given them a formal presentation on the upgrade.

Walters asked for an update to come later this spring when the budget is reviewed, and in the meantime the city will work with the EFCL and the festivals to sort out their conflicts.

— With files from Global News