The original Disney film, which bagged multiple Oscars back in 1965, firmly established the magical nanny within the British childhood landscape, and she has subsequently been passed on down the generations.

And that’s despite the author hating the original film – dancing penguins and all. 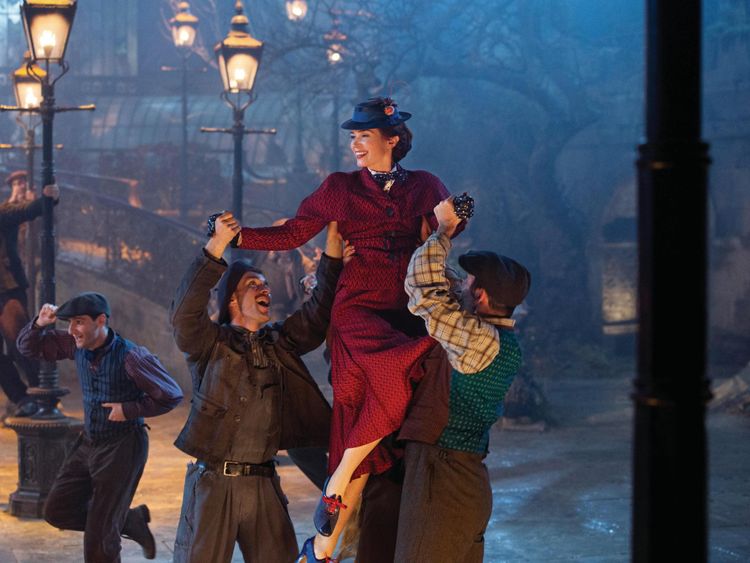 But now it’s the turn of Emily Blunt to take on the role made famous by Julie Andrews all those years ago.

To make the part her own, Blunt says: “I had to carve out the space for myself. I dove into the books, in the books she’s quite different.” 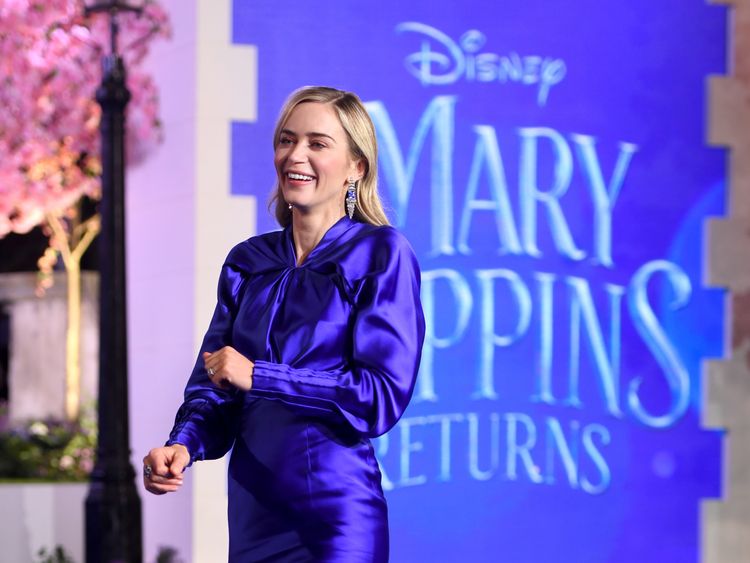 Travers wrote eight Poppins books in total, over a 50 year period, giving Blunt plenty of material to work with.

Blunt also describes the film as a “love-letter to London”, set in iconic locations around the UK capital.

Her co-star, Emily Mortimer, goes one step further, describing the movie as “the spoonful of sugar that helps the medicine go down” during these troubled political times. 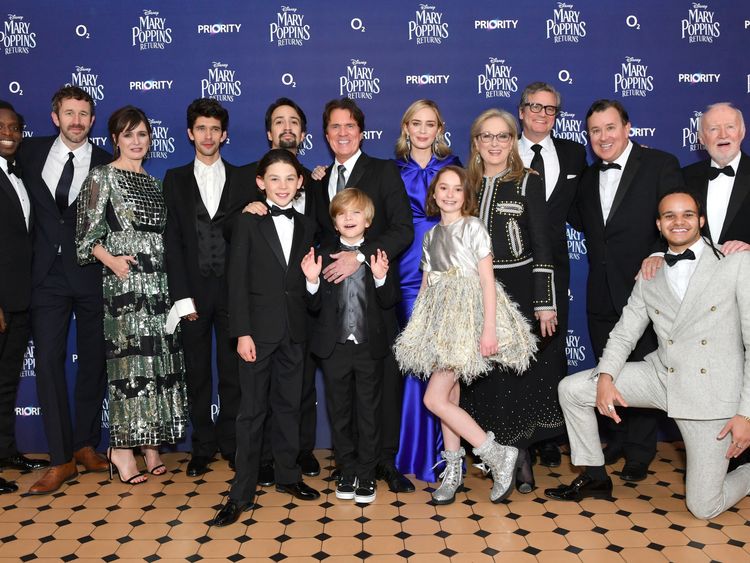 Mortimer explains: “It’s like the antidote to everything that’s going on. I also think that in a way, it’s sort of an answer that Mary Poppins is a brilliant kind of magician and makes people think in a different way.

“Her particular superpower is to make people think about things in a new perspective and see another way. And I think that’s exactly what we all need, especially in both Britain and America now.”

When asked if Poppins would make a good prime minister, she enthusiastically agrees. 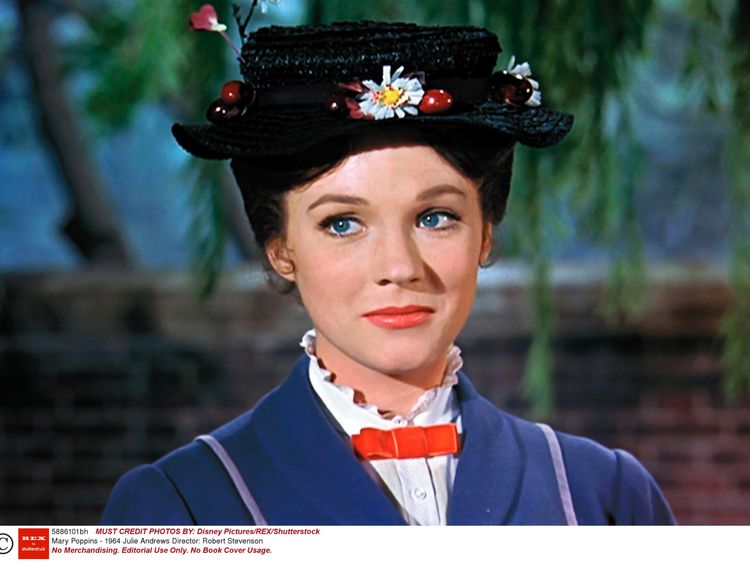 Three-time Oscar winner Meryl Streep would also seem to be on the same page.

The 69-year-old actress, who plays Mary’s eccentric cousin Topsy, describes the film as “a gift at a needful time”. 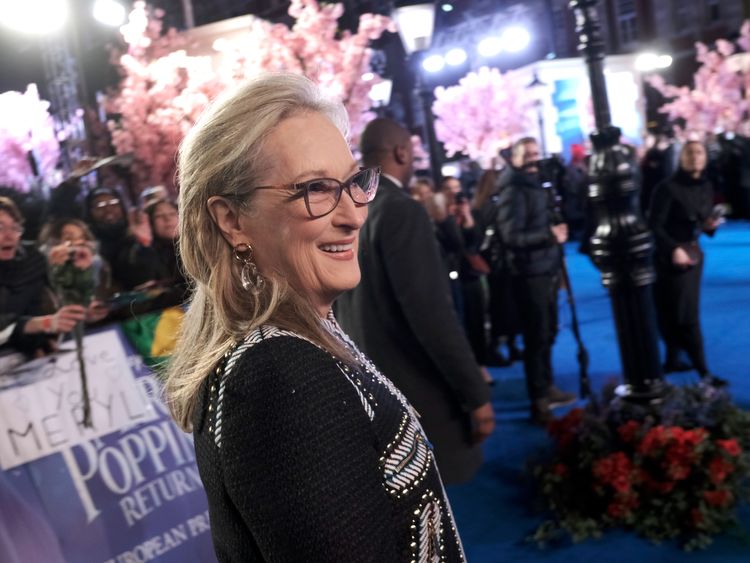 Meryl, who will soon become a grandmother for the first time, said having her own children changed her view on her work as an actress.

“Every movie you make once you’re a mother, you think, ‘How is this going to impact the world?’

“This is one is a gift at a needful time. A gift at remembering where the seeds of joy come from. Human possibility and imagination even in dark times.

“It’s set in the 1930s in the time of The Depression and it’s about injecting imagination and changing the world through that. The happiness we bring each other.” For Hamilton creator and star Lin-Manuel Miranda, it’s a jump from a musical set in the 18th century to one set in the 20th century.

He says going from US Founding Father to London lamplighter was a mighty jump.

Miranda credits his director, Rob Marshall, with casting him in a role full of “childhood innocence and wonder”, qualities he says his musical creation Alexander Hamilton had none of.

The 38-year-old actor turned to writing when he discovered there were just two parts for Puerto Rican actors in musicals, “Bernardo (in West Side Story), and Paul in a Chorus Line”.

Miranda says: “I started making my own opportunities. Then to be offered a role of this calibre, with this creative team, feels like the fruit of all this hard work.” 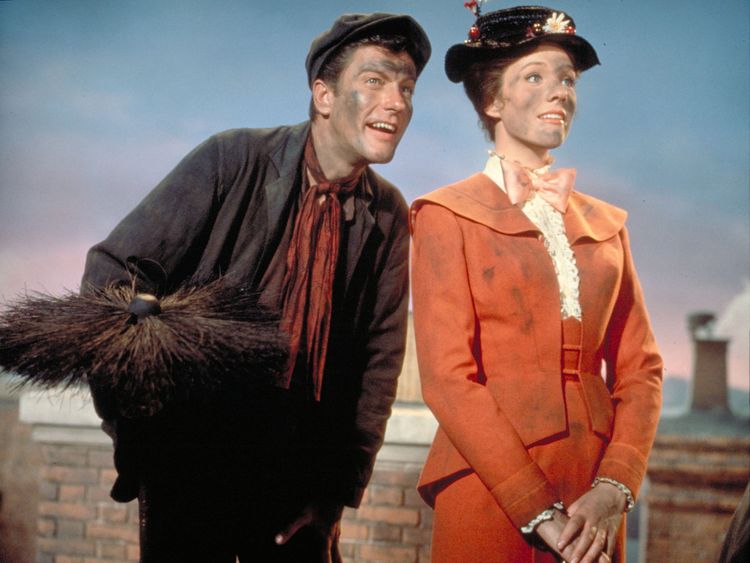 He says he can’t wait to show his four-year-old son, saying he will get to see him “dance with penguins and climb buildings” and finally “put everything together” his dad has been getting up to on set.

Mary Poppins Returns is in cinemas on Friday 21 December.