The pop singer claims her single I Am She is the first “unblockable” music video in the world, meaning women living in censored regions like Iran and Saudi Arabia have access to it.

Donnelly, from Nottingham, told Sky News the response has been amazing.

“I Am She is about me, but it’s not just about me, this whole project, mission that I’m trying to do is to be relatable to all women, to everyday women, to the everyday mother,” she said.

“So that’s so amazing that since this started and the single came out that so many women have contacted me from Afghanistan, Mexico and Africa, saying I Am She… it feels like a collective, instead of it just being about me.”

Donnelly was a member of the pop group Paradiso in her 20s. She says she was told what to do, what to wear and how to act. She felt she was under-represented in the music industry.

Now in her late 30s with a baby, she wants to offer something different.

“I wanted the video to be a celebration of women, no airbrushing, showing the day-to-day struggles we all go through, but also for a sense of hope… that we can all stick together and have a sense of equality,” she said.

Donnelly has been working with Lantern, a censorship circumvention tool that brings the open internet to millions of people living in repressed regimes worldwide. 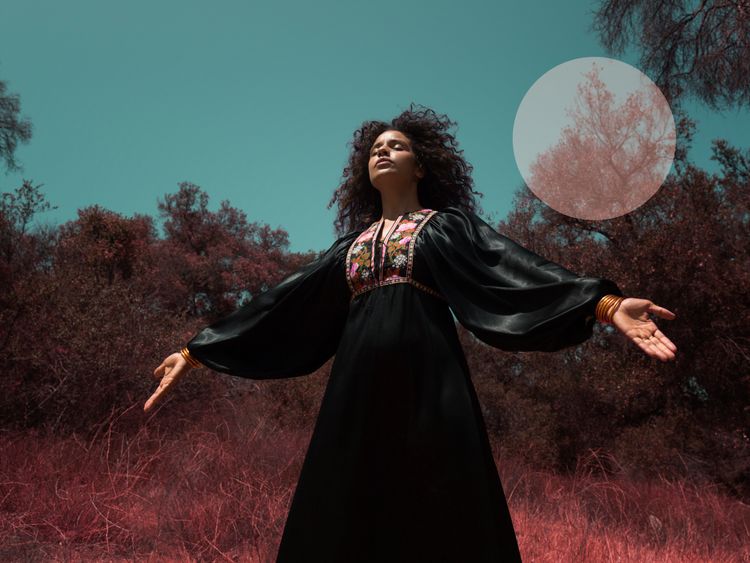 Lantern CEO and co-founder Wolf O’Reilly says it has been a ground-breaking project.

He said: “Beyonce and Rihanna are not necessary blocked in these regions (although the sexier videos of both these artists would be for sure). The main point here is a very specific female empowerment video directed at these countries would be blocked immediately, so that’s why we make it unblockable.”

Mike Butcher, the editor-at-large of Tech Crunch, says it is likely other artists will now follow suit.

“They’ve gone to enormous lengths to try and distribute this in a way so that it’s not crackable so that someone using block chain technology for instance, or the Lantern technology which they’ve used, can access the video and therefore circumvent government blocking of the video…and it’s going to be increasingly possible for artists to use this technology to get their creativity out there,” he said.

Donnelly believes her message is particularly pertinent at the moment.

“As a woman now especially with organisations like MeToo and TimesUp I think there’s a real sense of solidarity for women and a connection with each other,” she said.

“I personally believe in the power of women supporting women and I think there’s a real sense that we can have change if we stick together,”