BERLIN — Most of the World War II bullet holes have been filled in, the legendary 1990s rave venues redeveloped. Rents are rising, and so are block after block of luxury apartments. Tech start-ups are flourishing.

Berlin is no longer “poor but sexy,” as its mayor at the time said in 2003. But with an officially estimated population of 20,000 professional artists, including international stars such as Ai Weiwei, Olafur Eliasson and Sean Scully, the city still has the reputation of being the creative capital of the European art world. How is that reputation shaping up to reality in today’s troubled times?

Last week, some 45 dealerships participated in the 15th edition of Gallery Weekend Berlin, a slickly organized collaboration that gives collectors and curators a sense of the latest in the city’s art scene. Equally important, it gives galleries a chance to make some sales.

“Berlin is an über-cool city. The economics of the city allow dealers to have really great spaces,” said Danny Goldberg, a collector based in Sydney, Australia. Mr. Goldberg was viewing new canvases by the Leipzig-based painter Matthias Weischer and a video and sculptures by the French artist Camille Henrot in König Galerie’s converted Brutalist church in a less gentrified part of the city’s Kreuzberg district. 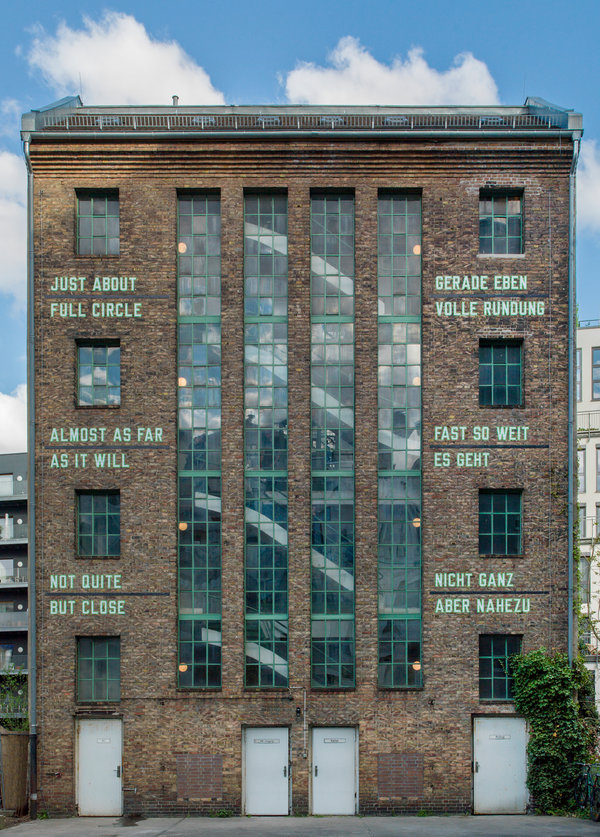 A regular visitor to Gallery Weekend Berlin for the last five years, Mr. Goldberg, like many visiting collectors, said he valued the more considered process of viewing and discussing art in galleries, and in artists’ studios, rather than browsing booths at art fairs.

“I’m art-faired out,” said Mr. Goldberg, vowing to kick the habit of visiting half a dozen such events a year. “It’s just more of the same,” he added.

While “fair fatigue” has become a common complaint among collectors, Berlin’s leading gallerists value events like Art Basel, FIAC and Frieze as a way of making contact with a global clientele. Unlike New York, London and Paris, Berlin doesn’t host any major international art fairs or auctions.

“There isn’t the social structure or the mentality that supports a collector base here,” said Barbara Huttrop, director of the Berlin gallery Kewenig, which exhibits at the Art Basel fairs in Switzerland, Miami Beach and Hong Kong. “There’s no industry,” added Ms. Huttrop, whose gallery in a historic house has yet to attract significant collectors from Berlin’s tech sector.

Kewenig’s “The Palace of the Perfect,” a presentation of 13 works from the 1980s from the estate of the admired American conceptual artist James Lee Byars was, for many, the standout show of the weekend. Byars’s unique brand of magical minimalism was perhaps most powerfully represented by “The Spinning Oracle of Delfi,” a work from 1986 that consists of an enormous gilded amphora lying in the gallery’s red-painted hallway. It was priced at $5 million.

“For us it’s the most important weekend,” said Ms. Huttrop, who was hoping to greet at least 20 of the gallery’s most important international clients.

Did they turn up? Top collectors such as Patrizia Sandretto Re Rebaudengo from Turin, Anita Zabludowicz from London and Uli Sigg from Switzerland were certainly in Berlin. But some Gallery Weekend regulars noticed a more general shortage of foreign visitors. American accents were rarely heard.

“I never saw so few international buyers,” said Magnus Resch, the founder of Magnus, an app likened to Shazam for the art world, who is based in New York but has an apartment in Berlin.

The art world calendar is saturated with events, particularly with 2019 being a year of the Venice Biennale, which attracts droves of international collectors hoping to discover the next big names before the market does.

But the shock of the new was in short supply at Gallery Weekend. There was little in the way of performance, installation or digital art. Painting and sculpture by German artists predominated.

Similar works were popular with collectors in the late 2000s when Mr. Weischer, along with several other contemporary German painters, had been market darlings. Then, large canvases sold for as much as $585,000 at auction; more recently, they have been selling for between $50,000 and $100,000, according to the Artnet database of salesroom results.

Konrad Fischer Galerie formally inaugurated its spectacular new space in an old transformer station with a show of works by the Turner Prize-winning British artist Richard Long. “Granite Crossing,” a new and characteristic large-scale floor sculpture made of pale red rocks was priced at €300,000, and was still available on Saturday.

More zeitgeisty works by the young Brussels-based German painter Jana Euler were at least in demand at Galerie Neu in Mitte in a show titled “Great White Fear.”

Ms. Euler jokily incorporated her own features in eight 10-foot-high paintings of a breaching white shark that resembled an erect phallus. All subtly different in their expressionistic technique, these sold out, priced at between €50,000 to €90,000.

For all Berlin’s reputation as a melting pot of artistic innovation, many visitors were disappointed by the amount of older works on display and the conservatism of the new presentations. “I only saw known artists, no new discoveries, no disruption, no innovation. Where are the wild days gone?” said Mr. Resch, the app founder.

With Hong Kong and Los Angeles both attracting growing attention as must-visit art world hubs, and the calendar getting ever more crowded, Berlin’s Gallery Weekend needs to embrace change. Just as the city itself has.