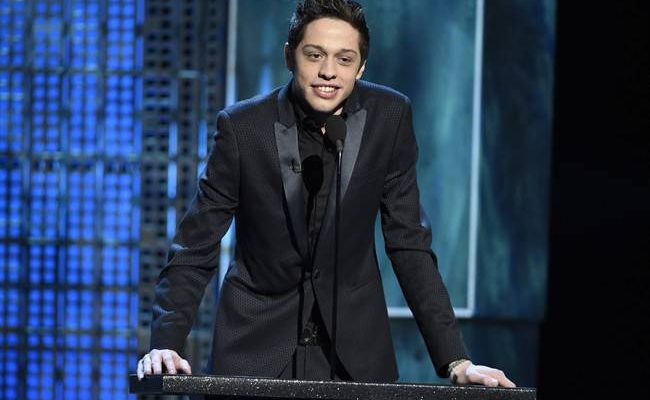 Pete Davidson had nothing but kind words for his ex-fiancee, despite joking about his split with Ariana Grande in a promo released ahead of this week’s episode of Saturday Night Live (SNL).

During SNL’s Weekend Update segment, the comic said the break-up was “nobody’s business,” but added that Grande is a “wonderful, strong person” and that he “genuinely wishes her all the happiness in the world.”

Davidson joked that he had been watching more coverage of the U.S. midterm elections after “moving back in with his parents.”

In a promo leading up to Saturday’s show, Davidson had jokingly proposed to musical guest Maggie Rogers with Jonah Hill standing between them.

Not long after the promo was released, Grande tweeted, “for somebody who claims to hate relevancy u sure love clinging to it huh.”

The No Tears Left to Cry singer has since deleted the tweet.

Grande and Davidson met while she was guest hosting and performing on SNL in 2016.

The pair started dating in May, shortly after Grande’s breakup with Mac Miller. Davidson split with his then-girlfriend Cazzie David around the same time. The pair was engaged before June 2.

The 24-year-old moved into Grande’s US$16-million New York City apartment while they were together. According to E!News, Davidson is “staying with family” and “doing fine” after the breakup.

—With files from Katie Scott