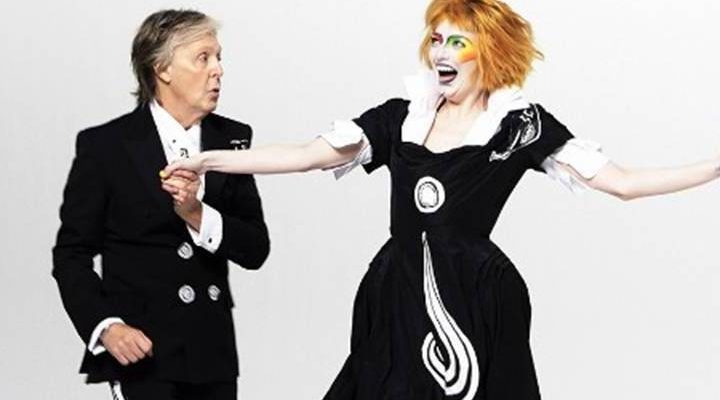 At 76 years old, Paul McCartney really shows no signs of slowing down. The former Beatles bassist released the music video for his brand new single, Who Cares, on Monday afternoon. The song comes from his latest and critically-acclaimed musical offering, Egypt Station (2018).

Emma Stone, 30, even stars alongside the veteran rocker in the short. Who Cares was written for kids and adolescents that have been or are currently affected by bullying.

McCartney said he wanted to help by giving “some sort of advice.” He suggested saying, “Who cares,” to something that won’t last forever.

Paul partnered up with a nonprofit organization foundation named Creative Visions in an attempt to ignite a positive social change. #WhoCaresIDo was used as the promotion for the campaign in hopes to get victims of bullying involved. It quickly became a trending topic on Twitter.

In a statement, McCartney expressed his deep concern for people being bullied. “I was thinking about a song where you actually are talking to the people who are going through [this] sort of problem where they’re being picked on,” he said.

“2019 will be the year we stand up and say #WhoCaresIDo,” wrote McCartney on Twitter.

The new musical short film #WhoCaresIDo is now available on @applemusic. Watch and share the film [link in bio] and tell the people you love “Who cares? I do!” #PaulMcCartney #EmmaStone #EgyptStation

With Creative Visions, McCartney and Stone hope to raise global awareness of the issues explored in the Who Cares video.

Their ultimate mission is to use it as an engagement tool that will provide a network of specialists and experts that will help educate, support and inspire victims with love and kindness.

Creative Visions founder Kathy Eldon, said, “Millions of people around the world feel silenced, subjugated, bullied and believe that no one cares.”

“Our intention with this campaign is to put the power of the song to work and inspire us to show others that we do care,” she concluded.

Longtime fans and youngsters were endeared by Who Cares, the campaign and McCartney’s activist lyrics. Many took to Twitter to thank the singer.

“Who Cares? I do!” wrote many fans across almost all social media outlets.

McCartney is celebrating the release of Egypt Station, which is his 18th studio album. You can listen to it now an all streaming platforms.

Paul McCartney performs live on stage at the O2 Arena during his ‘Freshen Up’ tour, on Dec. 16, 2018, in London, England.

McCartney and his touring band will embark on an American tour next summer. Tickets and information are available on the official Paul McCartney website.