Always in their hearts. During their first reunion in 22 years, the cast of The Parent Trap shared fond memories of their late costar Natasha Richardson.

“Natasha had such an elegance and grace, and she was so maternal to me,” Lindsay Lohan, who starred as Hallie Parker and Annie James in the 1998 movie, said during a virtual reunion moderated by Katie Couric on the former Today show cohost’s Instagram page on Monday, July 20. 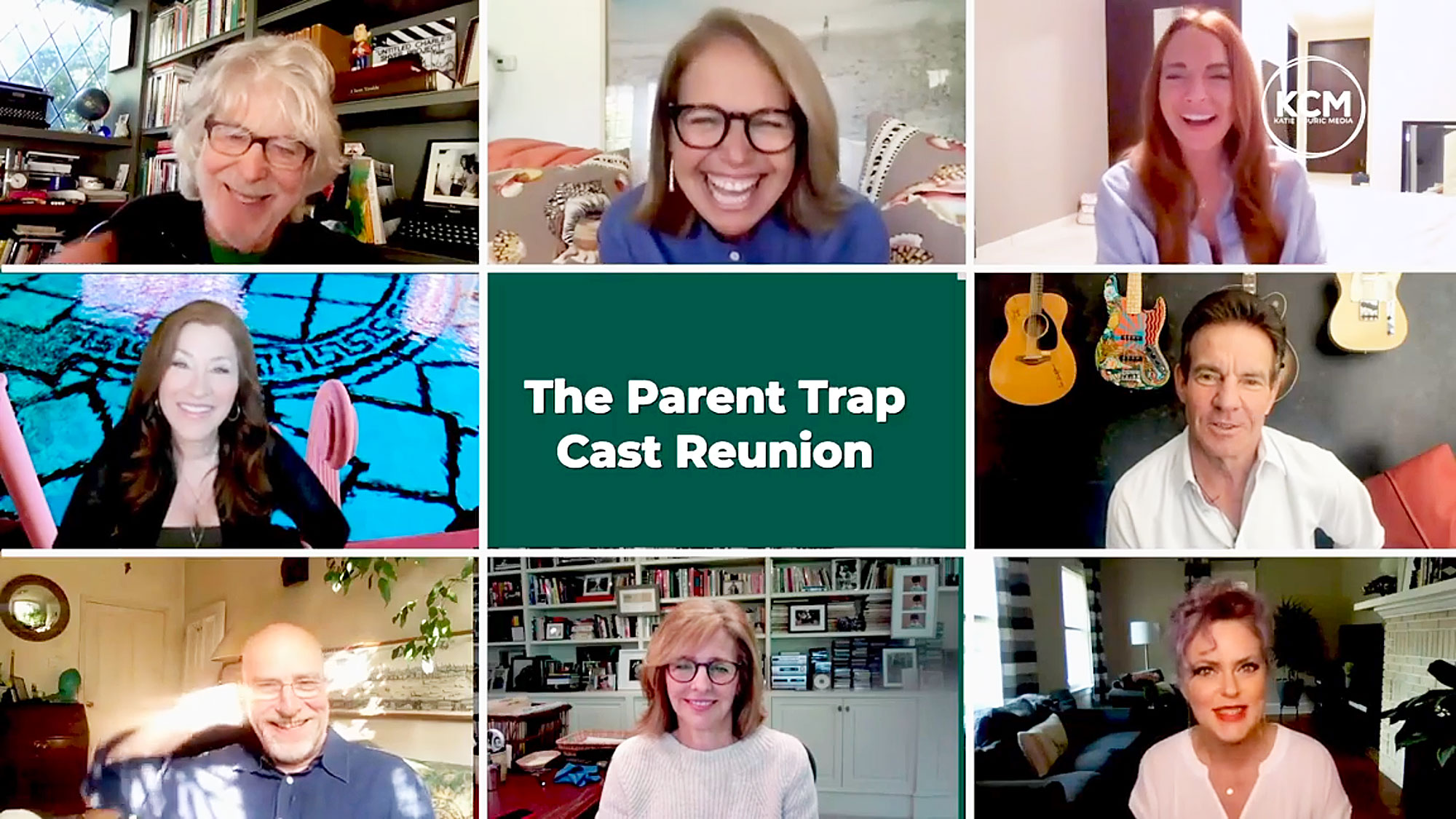 “[She was] somebody so giving and glad to be there and transmitted that joy of being able to do what we do,” Dennis Quaid, who played Lohan’s onscreen father, Nick Parker, recalled of the late actress. “It just made everything that much better.”

Richardson, who stole hearts as Hallie and Annie’s mother, Liz James, died at the age of 45 in March 2009 after sustaining a head injury while skiing in Canada. She left behind her husband, Liam Neeson, and their two children: Micheál, now 25, and Daniel, now 23.

“She would come into the hair and makeup trailer and she would literally swoon over talking about Liam and her kids, and she would call him ‘my Liam,’” Elaine Hendrix, who played Meredith Blake in The Parent Trap, remembered on Monday. “She truly seemed to have it all, which, to me, made what happened even more heartbreaking.”

After chatting with @nmeyers during an IG Live – we decided that we should try and see if we could pull off getting the Parent Trap gang back together again for the first time since 1998 — and guess what, we really did [email protected], @dennisquaid, @lisaannwalter, #SimonKunz, and @elaine4animals join writer-director @nmeyers and writer-producer #CharlesShyer to share their memories from filming, reenact their favorite scenes and discuss the film’s lasting impact. PS: With COVID-19 continuing to ravage the globe, we all decided to use this reunion as an opportunity to raise awareness and funds for @wckitchen – @chefjoseandres organization that is helping feed those in need all across the world. You can donate $10 by ? texting PARENT to 80100 or by going to wck.org/parenttrap (link ? in my bio!)❤️ #parenttrapreunion #wereallydidit

During the reunion, the cast was joined by director Nancy Meyers and producer Charles Shyer as they looked back on the audition process for the film and rewatched their characters’ most iconic moments. Lohan, 34, and Quaid, 66, even recreated their beloved scene in Nick’s Range Rover while reading the script off their smartphones.

“There was such lovely and beautifully written moments, funny but just heart-wrenching because it’s like, missing that person in your life and then finally having that person,” the Freaky Friday star said. “You forget … how much you miss people until you’re actually with them and you haven’t seen them in a while. And I think those scenes really tear me up.” 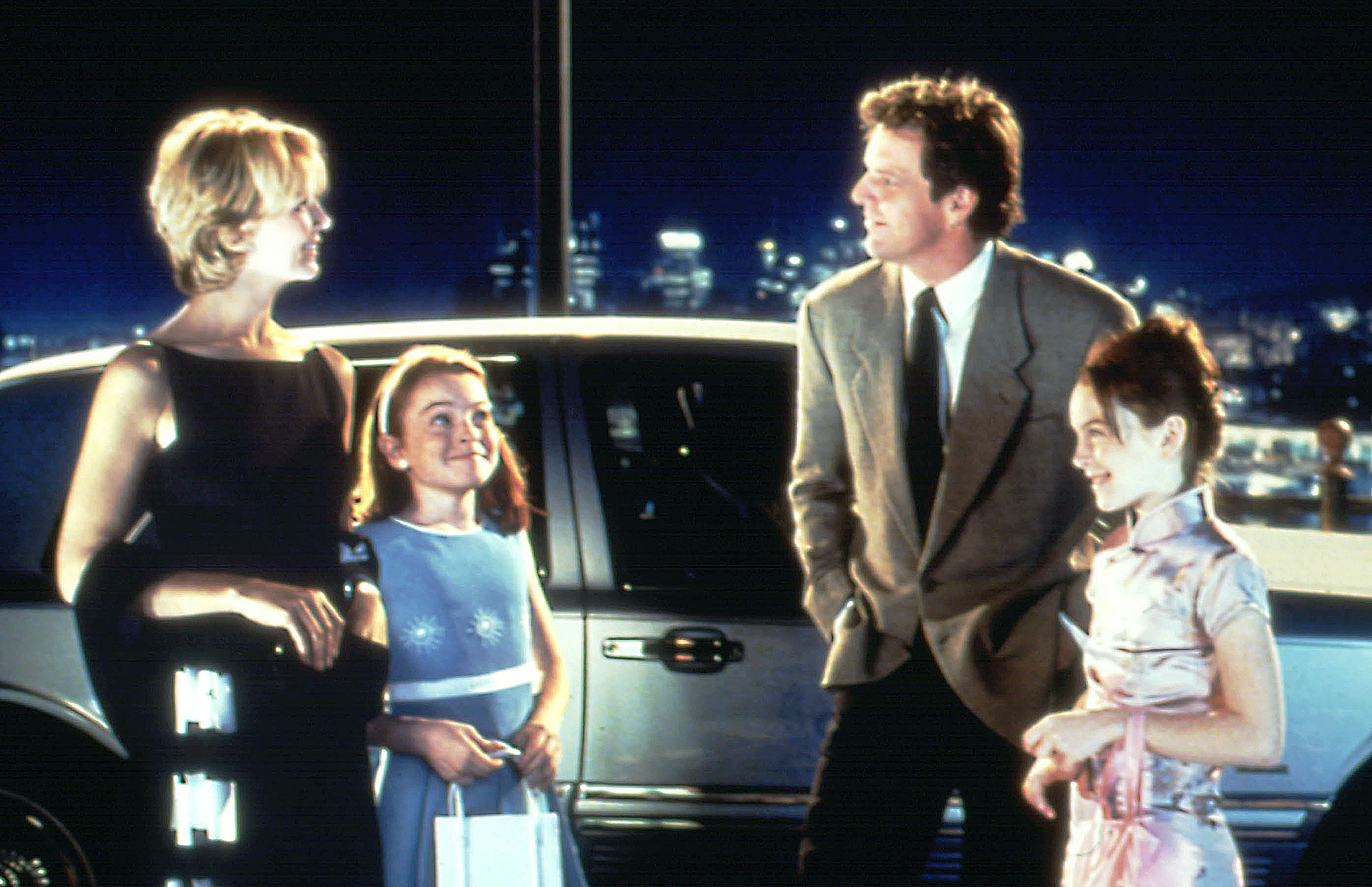 Meyers, 70, and Shyer, 68, told fans that they were instantly taken by Lohan when she auditioned for the Disney movie at the age of 11.

“I would say within two or three minutes, we both knew she had the part,” the producer said. “She was amazing.”

Lindsay Lohan Through the Years

Lohan, for her part, recalled being surprised at how easily she was able to switch from character to character in her big screen debut.

“Once the long hair was on, it felt very different for me. And I feel like — I don’t know if this goes for all actors — but once you put a wig on someone, you feel different. You’re stepping out of your comfort zone and you kind of become the other character,” she said. “I feel like almost people treated me differently when I was Annie, ‘cause Annie was so much nicer and Hallie was kind of like me.”

The cast reunited in support of Work Central Kitchen, a nonprofit organization that has been providing food amid the COVID-19 pandemic.