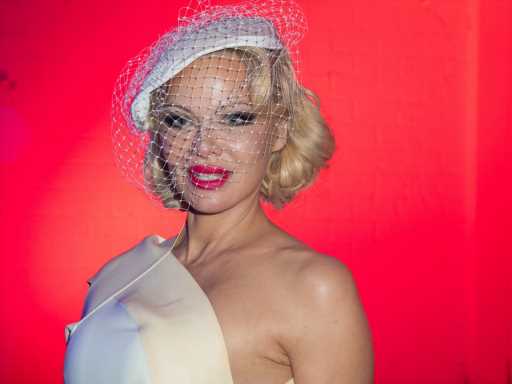 Just like Britney Spears, it’s time for Pamela Anderson to tell her side of the story. Decades after her sex tape with then-husband Tommy Lee was stolen and became, much to her chagrin, an internet sensation, fans will finally get to hear how those intimate moments seen by everyone impacted her.

In an Instagram post on her wiped-clean feed, she wrote a personal note on Netflix stationery, which reads: “My life/ A thousand imperfections/ A million misperceptions/ Wicked, wild and lost/ Nothing to live up to /I can only surprise you /Not a victim, but a survivor /And alive to tell the real story.” The message also had a lipstick kiss at the bottom, for the personal (and sweet) Anderson touch.

The former Baywatch star won’t be doing the project alone, her oldest son Brandon Thomas Lee is a producer on the project. He and his younger brother Dylan Jagger Lee also jumped into the comments for support with heart emojis. This film will allow Anderson to have the final word on her story after she reportedly wasn’t thrilled with the Pam and Tommy series that is currently running on Hulu. Described as the “definitive documentary about the pop culture icon” in the press release, via Variety, the Netflix opportunity is expected to look back at both her professional career and tumultuous personal life through her perspective.

With Hollywood taking a serious look back at how the media and society portrayed some of the most iconic women of the early 2000s — from Paris Hilton to Anderson — it makes us wonder is next. Who gets to rewrite their narrative through a more accurate lens?

Before you go, click here to see all the celebrity women who have posed for Playboy.