During season 1 of Outer Banks, Ward Cameron (Charles Esten) made a lot of bad decisions — and that only continues in season 2.

‘Outer Banks’ Season 2: Everything We Know

“I think he had good intentions. It’s not that his intentions weren’t good. It’s just that maybe his judgment isn’t good,” the Nashville alum, 55, told Us Weekly exclusively ahead of the second season. “Every decision he made, he sorta doubled down later, and by the end of it, he was cornered. What struck me the most is when I read the second season, the very first episode, I was about five pages in and I stopped and I called my wife. I go, ‘Man, they hit the ground running!’”

While there are always worries about a sophomore slump, that wasn’t the case with the Netflix hit.

“It’s tough to write a second season that escalates from a season that is as crazy as that one. [Season 2] escalates in every sense of the word,” Easten added. “It gets crazier!” 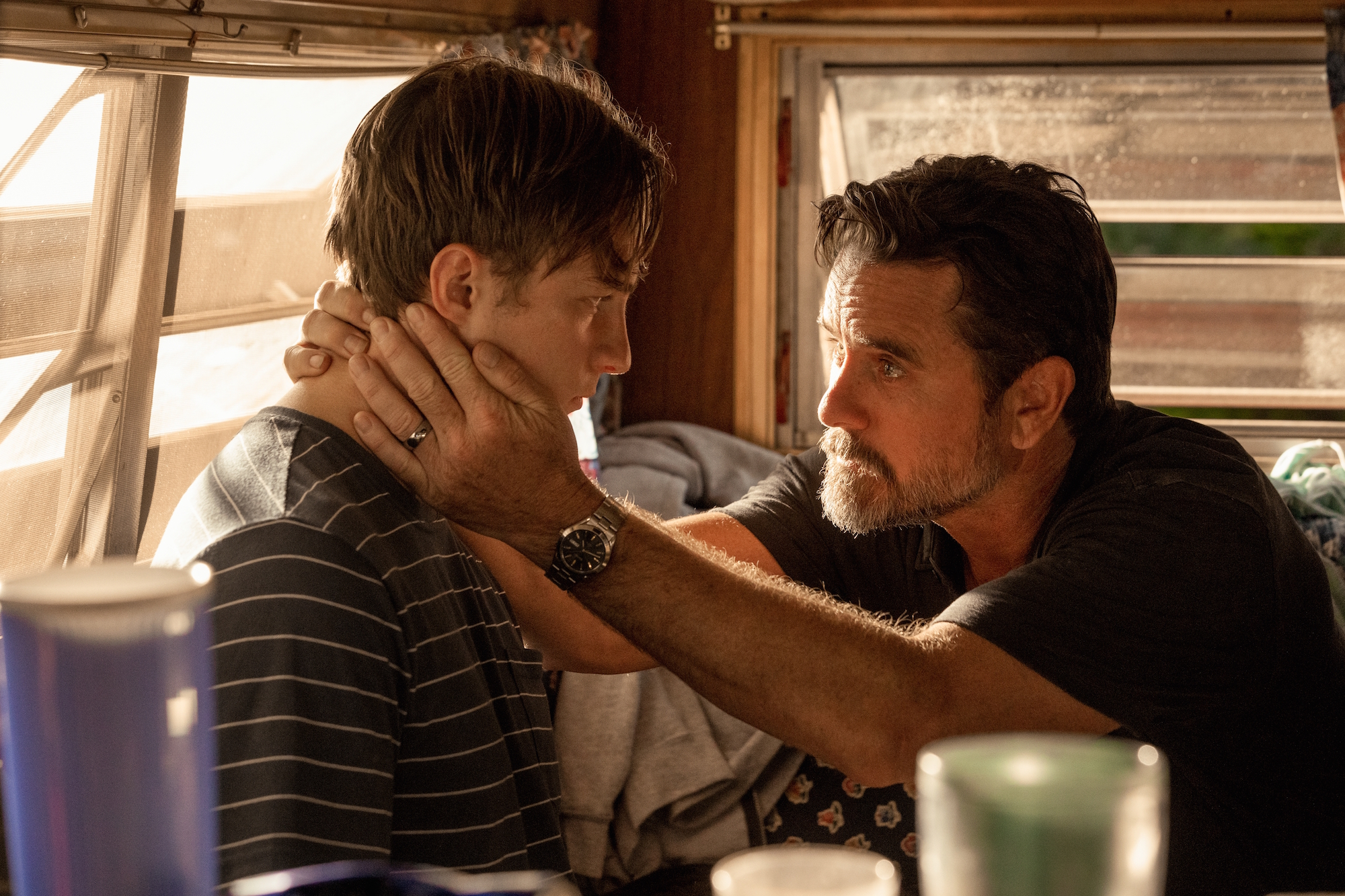 One thing that’s heightened this season is the pull Ward has between daughter Sarah (Madelyn Cline) and son Rafe (Drew Starkey) — and whose side he should be on.

‘Outer Banks’ Cast’s Love Lives: Who the Stars Are Dating in Real Life

“I think that a lot of families, some kids feel like, ‘Oh, he’s the favorite, she’s the favorite,’” the singer said, adding that his own brothers feel that he’s their dad’s favorite. “Every family sort of knows that dynamic. I think the writers heightened that a little bit. Sarah is this princess. Why wouldn’t she be his favorite? She’s amazing. Rafe is not as amazing, but that’s the thing about Rafe, the way he is played with that heart. You feel for him too, he’s trying to do the right thing, but he’s just not able to get there.”

The Tell Me Your Secrets actor noted that Rafe is “probably even more of a hothead than Ward,” probably because of what he grew up with. 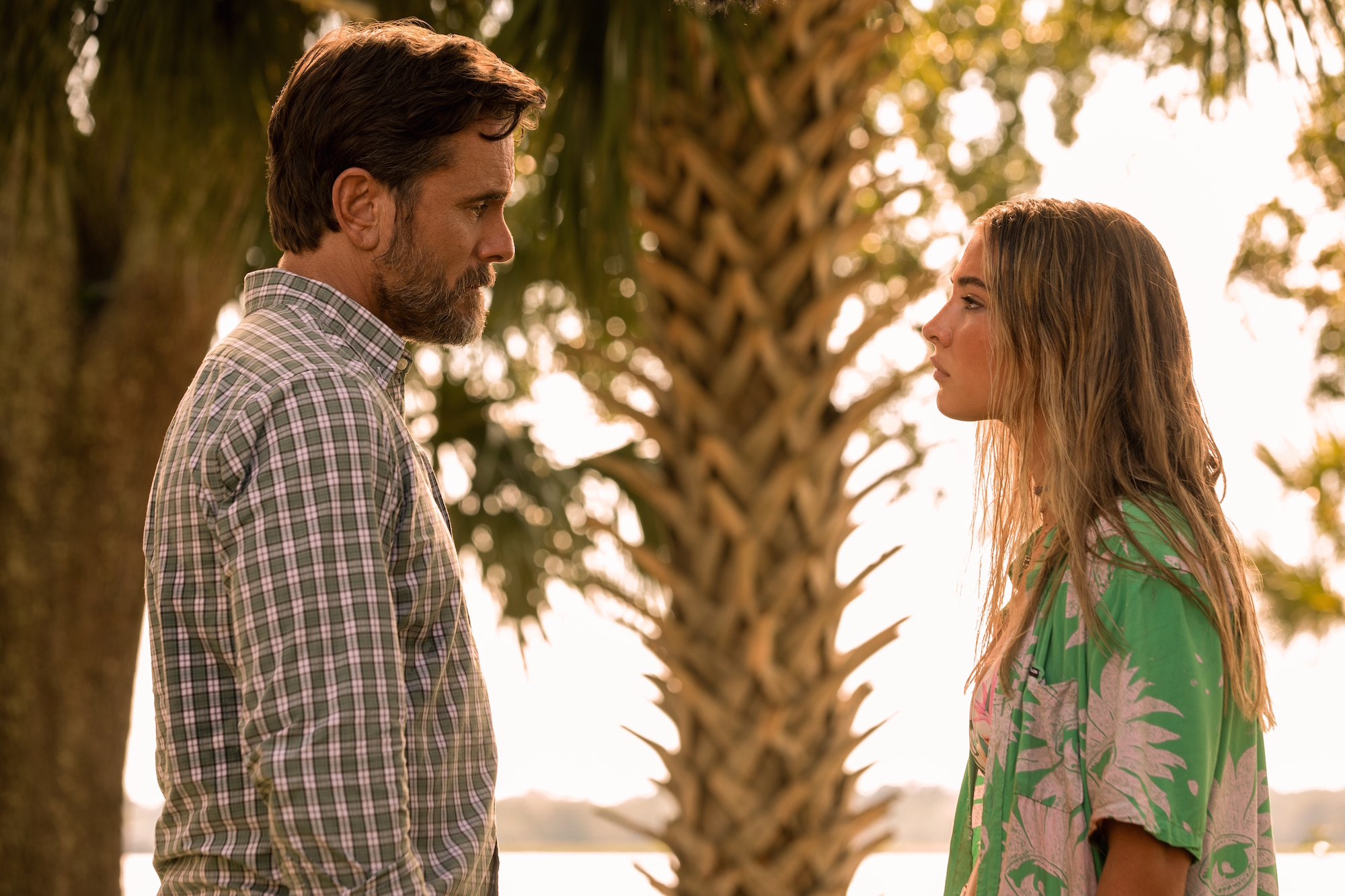 “Being Ward’s son, and also the expectations of being sort of the country club class, that is all coming down on him. And then he gets in that wild world and has a little bit too much of a drug habit,” Esten explained. “He’s a kid that is trying to be good and trying to do the right thing, and that’s where the tension is. … Drew Starkey is just amazing. I always love when I see Ward scenes with Rafe, because they started off as just the disappointed father, like, ‘When are you gonna get me my generators?’ Then, they’re with the drug dealers by the fire. And then in season 2, these two guys are bound together.”

Ward’s inner turmoil is also explored in the new episodes. In fact, he does things that even Ward himself can’t understand.

“The story makes him double down in ways that are mind-blowing,” he said. “Ward is like, ‘Oh, what do I gotta to do to protect Sarah?’ ‘No wait, Rafe!’ ‘No.’ So, he’s always just trying to hold it together, but it’s the kind of thing you can’t hold together. … Ward’s not masterminding anything. He’s just trying to hold this world together and get out free. That’s what I love about him — he’s desperate and many-faceted.”

Season 2 of Outer Banks will drop on Netflix Friday, July 30.