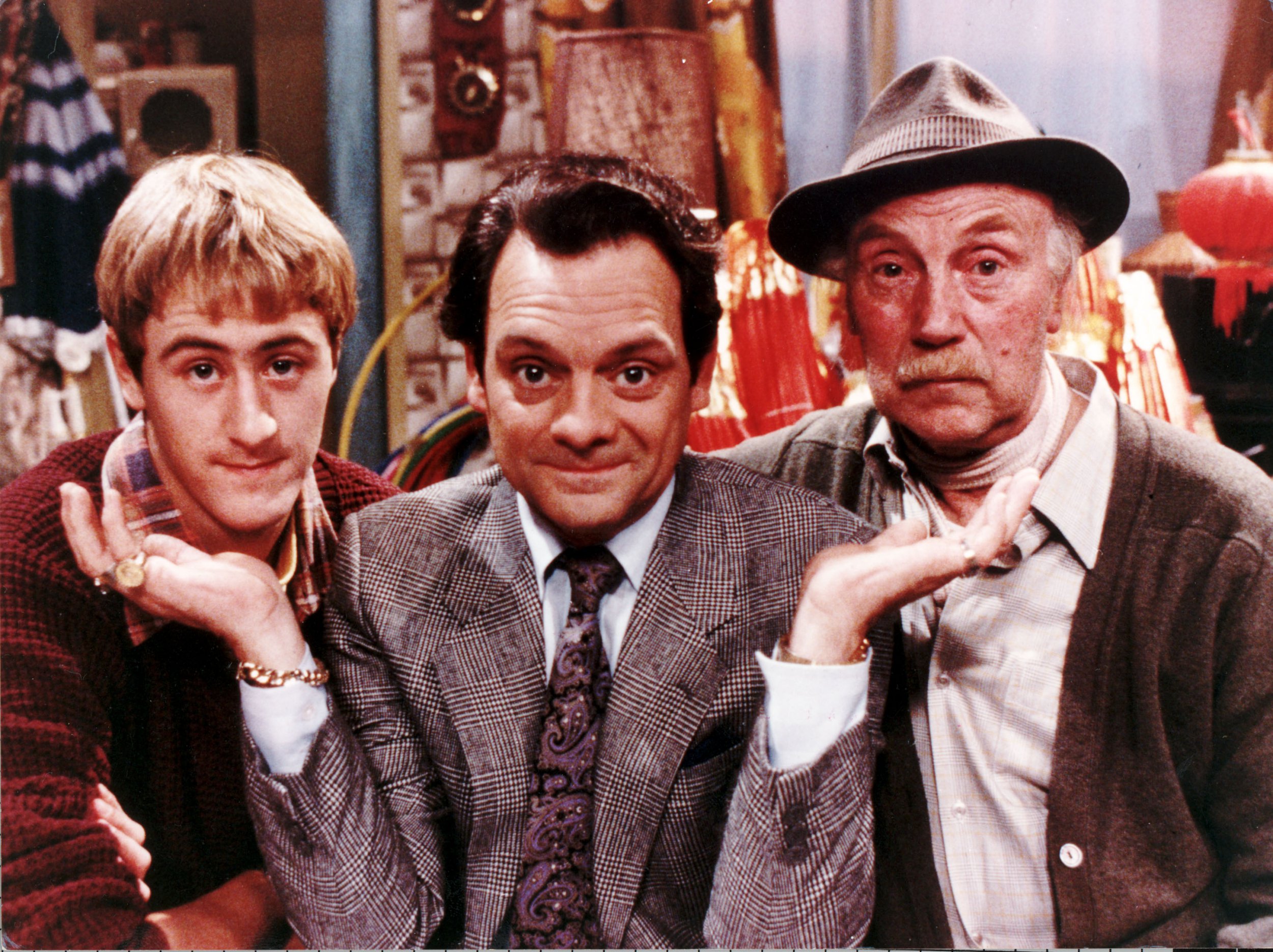 The duo, who are best known for portraying Derek ‘Del Boy’ and Rodney Trotter in classic sitcom, rarely see each other these days, despite starring alongside each other for 22 years.

Sir David admitted that he doesn’t see his former co-star ‘as much as I would like’.

‘He’s much more, how can I say, self-contained, perhaps, than he used to be,’ he said. ‘So, unfortunately, we don’t see each other as much as I would like to. But that’s how things work out sometimes.’

The pair last starred as the wheeler-dealer siblings in the 2003 Christmas special episode Sleepless in Peckham.

Sir David also confessed that he misses the show, which is widely regarded as one of the best British comedies of all time.

‘I miss it terribly,’ he continued. ‘It wasn’t like going to work; it was going to have some fun with your mates. We loved each other.’

But Sir David still reprises his role of Del Boy in his private life at times, to make people laugh.

He added to Radio Times magazine: ‘I do morph into Del sometimes to make people laugh. I enjoy it. I realise it’s a pretty low shot, but it makes life easier for me on occasion.

‘When I meet people sometimes, they’re a bit stiff and awkward to get on with!’

Earlier this year, Sir David said he would love another crack at playing Del Boy.

‘I’ve always loved Del Boy, who is such a wonderful loser,’ he enthused. ‘I would love to revisit him, I need someone to write me a script.’

The first Only Fools episode, Big Brother, aired in September 1981, and the show went on to run for seven series and numerous specials until the final episode in 2003.

Last month, a scene from the sitcom was voted the funniest sitcom moment ever.

In it, the wheeler-dealer is in a bar with pal Trigger, played by the late Roger Lloyd Pack, as he attempts to seduce two glamourous women sipping on wine.