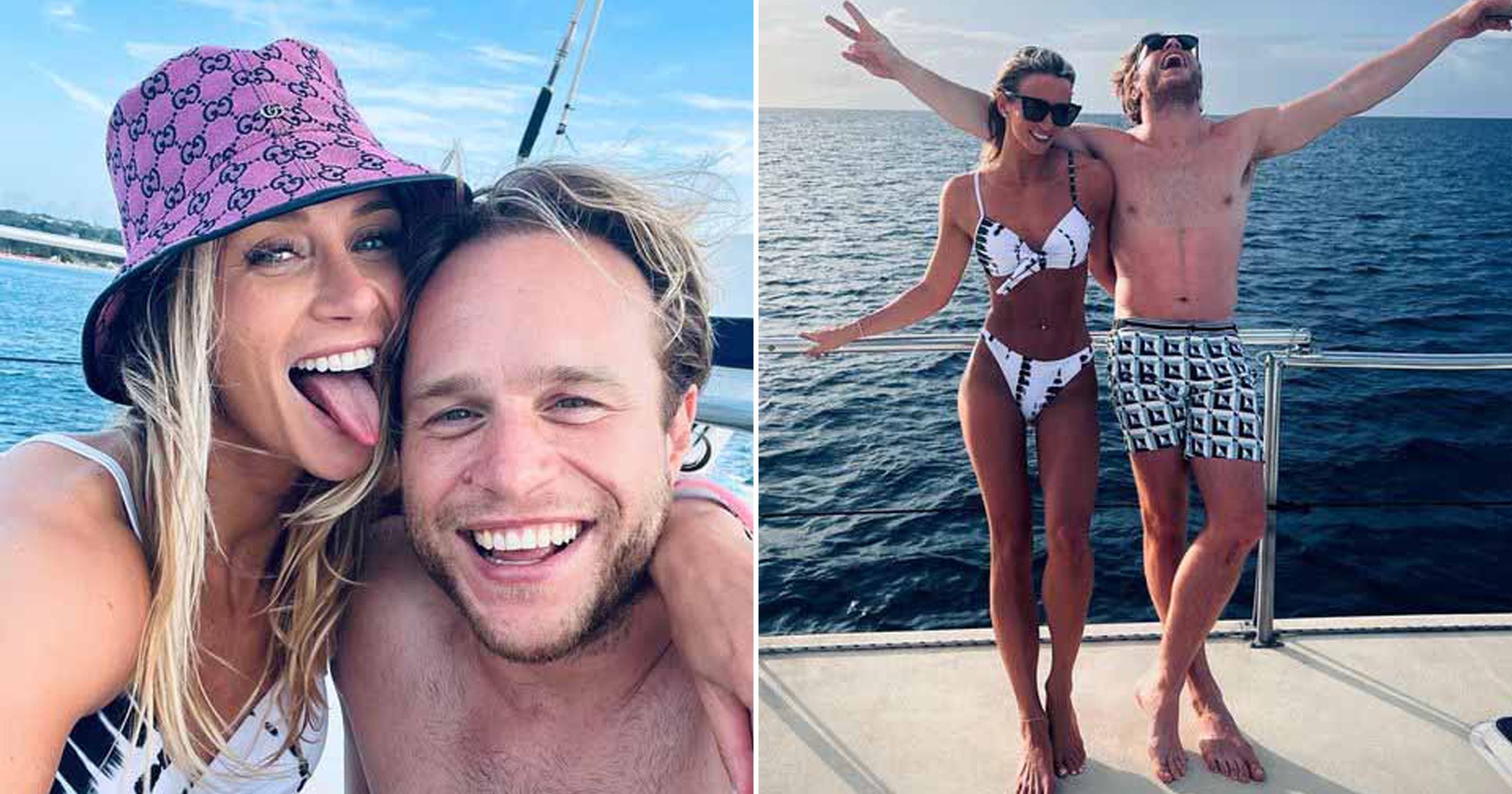 Olly Murs has teased his upcoming wedding with fiancee Amelia Tank, but not before looking back at their romantic holiday together before tying the knot.

The Dance With Me Tonight singer recently jetted off to Barbados to ring in the New Year with his bodybuilding partner Amelia.

Like all good things, their romantic getaway has come to an end and Olly, 38, and Amelia, 30, are bracing themselves for reality. However, they’ve much to look forward to as the smitten couple are preparing to marry later this year after Olly popped the question in June 2022.

Sharing a glimpse of their sun-kissed holiday, Olly posted a mix of loved-up photos and silly banter between him and Amelia from the trip. In one photo, the former X Factor star is seen bending over a balcony after giving himself a wedgie, while Amelia is seen lying in between his legs on a boat while Olly performs a silly dance.

Other snaps show them pulling silly faces, posing against the backdrop of the ocean and Olly squashing his nose up against a shower door with ‘I [love] you’ written on the glass.

Reflecting on the fun times, he captioned the Instagram post: ‘Our last holiday as Mr and Miss.. 🤓very exciting 2023 ahead for many reasons the tour, more music, starstruck season 2, the voice and of course the wedding!

‘See all lovely lot soon cos I’m off to enjoy my last night eating what the F&@k I want.. diet starts Monday.’

Olly and Amelia have kept their wedding planning under wraps so far, with the Heart Skips a Beat singer jokingly admitting he feared his fiancee would ‘kill’ him if he let any details slip.

When asked whether he’s set a date for his wedding, Olly said on the Graham Norton Show in December: ‘It will be next summer, around June or July.’

However, at this admission, he confessed he was likely to get in trouble with his other half.

‘She’ll kill me for telling you,’ he revealed, before adding: ‘I have a best man but I haven’t told him yet.’

Olly and Amelia have been dating since 2019 and he proposed last summer.