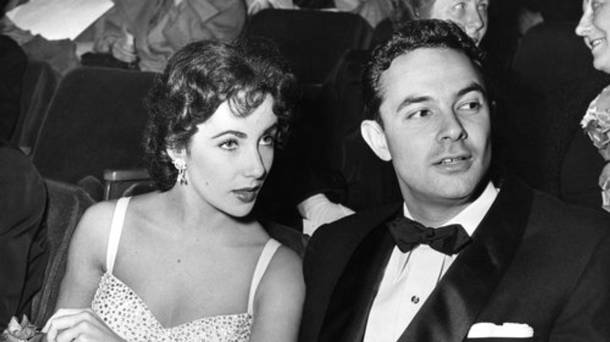 Stanley Donen, who has died aged 94, was one of the most original talents from the great years of the Hollywood musical.

In partnership with the dancer Gene Kelly, he made a stream of classics, including On the Town (1949), Singin’ in the Rain (1952) and It’s Always Fair Weather (1955), that lifted the genre out of the narrative rut of stories about “putting on a show”.

As co-directors, they integrated dance, camera work, characterisation and location shooting in a seamless flow of movement. In contrast to the traditions of the 1930s and 1940s, the narrative advanced through the musical elements instead of standing still while the artists performed self-contained numbers.

How much was due to Donen and how much to Kelly has never been satisfactorily answered. Both were trained as dancers and choreographers and it would be an oversimplification to attribute the dance movements entirely to Kelly and the technical elements to Donen. It seems to have been a meeting of minds.

Working without Kelly, Donen also contributed two pioneering musicals in his own right. Seven Brides for Seven Brothers (1954), was the first musical fully to exploit the width of the CinemaScope screen. In 1954, the format was relatively new and film-makers were uncomfortable with it. Donen took to it at once, filling the screen with riotous action spilling from one end to the other. It was a thrilling experience, unlike anything that had been achieved on the wide screen before.

In Funny Face (1957), a Fred Astaire musical set in Paris, Donen turned colour and camerawork into integral parts of the souffle – highly appropriate in a script spun round fashion photography. The very look of the film – with the title song delivered in the red-filtered light of a photographic dark room and the opening sequence shot in matching shades of pink – was as exhilarating as the actual songs and dance.

Donen loved women – married five of them and in his youth was one of Elizabeth Taylor’s regular escorts. He could make actresses look irresistibly glamorous on screen and they queued up to work with him. Audrey Hepburn, Rita Hayworth, Jane Powell, Cyd Charisse and many more were never lovelier than in his pictures.

Outside the musical field, however, he had only limited success. With the decline of the genre in the 1960s, he quit Hollywood and operated from London for nearly 10 years. Though he made a number of comedies and thrillers, only one – the Hitchcock-inspired Charade (1963) – matched the grace and style of his Hollywood work. The rest were mostly arthritic comedies embalming stage hits such as Indiscreet (1958) and The Grass Is Greener (1960), or crude farces containing mere flashes of his erstwhile talent.

The son of Mortie and Helen Donen, both of Jewish immigrant stock, Stanley Donen was born on April 13, 1924 in Columbia, South Carolina. He recalled a lonely, unhappy childhood and considerable anti-Semitic persecution, partially alleviated by an increasing absorption in the cinema.

Seeing Fred Astaire in Flying Down to Rio at the age of nine fired him to become a dancer himself and he took lessons in Columbia and New York, where his parents customarily spent the summer. During high school, he was already working at Columbia’s town theatre and by the age of 16 had graduated to Broadway, where he appeared in the chorus of the Rodgers and Hart show Pal Joey (1940).

It was a turning point in his life. The star of the show, Gene Kelly, was impressed by his energy and ambition, and the following year hired him to assist as choreographer and stage manager on the show Best Foot Forward.

When Hollywood producer Arthur Freed bought the screen rights, Kelly and Donen came with the package. It was filmed in 1943; Donen again danced in the chorus and secured a contract with MGM.

In 1944 he and Kelly were loaned to Columbia to work on the musical Cover Girl with Rita Hayworth. This, too, was a watershed. To a score by Jerome Kern, featuring the then brand new song Long Ago and Far Away, Kelly and Donen transformed the Hollywood musical.

Though direction was credited to Charles Vidor, the dancing and choreography were by Kelly and Donen. For the first time, the action burst out of studio sets on to the streets as Kelly, Hayworth and Phil Silvers swept out of a diner on to real sidewalks to sing the Make Way for Tomorrow number. In a later scene, Kelly danced with his alter ego in a trick sequence that anticipated many similar Donen conceits in such films as Anchors Aweigh (1945) and Royal Wedding (1951).

The best remembered scene in Anchors Aweigh, directed by George Sidney, was the dance between Kelly and the cartoon character Jerry the Mouse. Credit for this went to Fred Quimby, who was in charge of the Tom and Jerry cartoon production unit at MGM. But Donen always insisted that the idea was his and that it occupied him for a year in post-production after the rest of the film was finished.

While Kelly was in the US Navy, Donen worked as choreographer on a number of minor movies. They were reunited in 1949 on Take Me Out to the Ball Game, a period musical about baseball that served as a dry run for their first great hit, On the Town, later in the year. Kelly, Frank Sinatra, Jules Munshin and Betty Garrett co-starred in both films. Once again, Kelly and Donen handled the musical numbers.

In On the Town, Donen and Kelly received directorial credit for the first time. Based on a stage musical derived from Leonard Bernstein’s ballet Fancy Free, it was a landmark among musicals. MGM gave permission for only one week’s location shooting in New York, but full use was made of it.

The story of three sailors’ adventures while on 24-hour leave in the Big Apple, it featured real-life locations – from the Brooklyn Navy Yard to the Rockefeller Centre and the Empire State Building. In another new departure, it incorporated a seven-minute ballet sequence, recapitulating the plot in dance form – a device later copied in An American in Paris and Donen’s own film Singin’ in the Rain.

Around the same time, Donen made one rather conventional musical, Royal Wedding (1951), remembered chiefly for the sequence in which Fred Astaire appears to be dancing on the ceiling, and Love Is Better Than Ever (1952), a slight romantic comedy with Elizabeth Taylor.

Singin’ in the Rain (1952) was the apex of Donen and Kelly’s art. A satire on Hollywood at the advent of talkies, it was sparklingly witty and superbly cast. It contained another elaborate ballet sequence, to the music of Broadway Rhythm, and the quintessential Hollywood musical number in Gene Kelly’s version of the title song, splashing through the puddles of Los Angeles. This scene, with Kelly’s dancing echoed in Donen’s almost ecstatically swirling camera, is a masterpiece within a masterpiece.

Donen’s next films were not well received. The comedy Fearless Fagan (1952) received bad reviews, while Give a Girl a Break (1953), a backstage musical, was denied a first run in New York and was not reviewed at all.

Seven Brides for Seven Brothers (1954) restored Donen’s reputation. It was followed by an indifferent biography of Sigmund Romberg, Deep in My Heart (1954), and then by It’s Always Fair Weather (1955), a follow-up to On the Town, though mostly with different players. It was about three wartime buddies who meet after 10 years and discover that their lives have diverged so much that they have little in common. Kelly co-starred with Dan Dailey and Michael Kidd, who had choreographed the acrobatic dance routines in Seven Brides for Seven Brothers.

The cinematic invention was as lively as ever, epitomised in two sequences that again made imaginative use of the CinemaScope screen. In one dance, the three hoofers clattered rhythmically through the streets of New York with dustbin lids on their feet; in another, Kelly glided and pirouetted down the sidewalks on roller skates, with Donen’s camera sweeping along beside him as if it were his shadow.

Artistically the film was much admired, though the theme proved too sardonic for the general public. Its comparative failure led to a souring of the Donen/Kelly partnership and they never worked together again.

Funny Face (1957) was planned as an MGM musical but was eventually made at Paramount because Fred Astaire wanted to work with that studio’s contract star, Audrey Hepburn. Although it retained the title of the 1927 Gershwin show, an entirely new story was written based on the life of fashion photographer Richard Avedon and satirising post-war French philosophy, especially Existentialism.

One of Donen’s finest musicals – intimate in scale but bursting with wit and invention – it was his first with Audrey Hepburn. With the same actress, he later made a dazzling Hitchcock pastiche in Charade (1963) and Two for the Road (1967), an original, if uncharacteristic, study of a decaying marriage from a script by Frederic Raphael.

Donen’s last traditional musicals, The Pajama Game (1957) and Damn Yankees (1958), were based on theatrical hits and co-directed with George Abbott, for whom he had worked at the start of his career in the Broadway production of Pal Joey. The former, starring Doris Day, was reinvented for the cinema.

Donen’s later career was disappointing. Once More With Feeling and Surprise Package (both 1960) were leaden farces with the not naturally comic Yul Brynner. Still worse were Bedazzled (1967), another picture about a Faustian pact, starring Peter Cook and Dudley Moore, and Staircase (1969), with Rex Harrison and Richard Burton spectacularly miscast as a pair of homosexual hairdressers.

He made only four more films. Movie Movie (1978) starred George C Scott in two separate Hollywood parodies, one of which mimicked the backstage musicals that Donen had done so much to supplant. Saturn 3, with Kirk Douglas, was a weak sci-fi picture from a script by Martin Amis and Blame It on Rio (1984), a remake of a French farce with Michael Caine.

In 1993, he was briefly involved in an attempt to mount a Broadway production of Michael Powell’s classic film The Red Shoes.

Stanley Donen, who died on February 21, was married five times: first (1948) to the dancer Jeanne Coyne, second (1952) to the actress Marion Marshall, third (1960) to Adelle Dillingham, the former wife of the second Earl Beatty, fourth (1972) to the actress Yvette Mimieux, and last to Pam Braden (1990). They were divorced in 1994 and he spent his final years with the film director Elaine May.

He had two children by his second wife and one by his third.