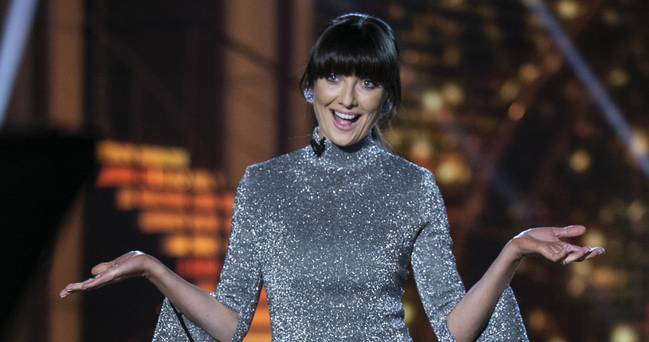 Jennifer Zamparelli has revealed the negative impact of taking part in a reality show and warned those thinking about taking part to be prepared.

Her comments come in the wake of ITV’s announcement that they will provide therapy, social media training, and financial training to contestants on reality shows in the wake of the deaths of two former stars.

RTE presenter Jennifer was a contestant on the BBC’s reality show, The Apprentice, in the UK ten years ago before returning to Ireland to launch her own business before moving into broadcasting.

Jennifer (38) appeared on the show for seven weeks in an effort to win a position working for Sir Alan Sugar.  However, she was ultimately one of the contestants who was fired. Speaking on Breakfast Republic on 2FM she said she was completely unprepared for the experience of reality TV, and the fallout after.

“I had no media background, I had no entertainment background.  I was in business,” she said. “I can only talk about it now, first of all because I was under contract that I wasn’t allowed to talk about it, and second of all it was so traumatic I’m amazed I got out of it unscathed.

“Even to think about it makes me want to get sick because I was in there for about seven weeks.  I was 27.  I went in, I got through the audition process, I thought this is going to be amazing, be a great platform for whatever I want to do. “But from being misquoted to paparazzi trying to get photographs up my skirt after the show, ex boyfriends telling stories, nothing prepares you for the s** that comes after it.”

Jennifer alleges she suffered from sleep deprivation during her time on the show, citing one instance where she got to bed at 4am before her alarm went off for another day of filming at 6am.

“That is unhealthy.  It’s not right,” she said.  “People think, why are they so crap on The Apprentice?  That is why.”

Jennifer said she had a problem with the “picture they painted” of her as the “Irish ice maiden”.

“There were quotes in the paper that I never said like, ‘She describes herself as an iron fist in a velvet glove’.  I never heard that saying until I read it in the paper,” she added.  “All these lies, and you have that and then you get kicked out and have to deal with reporters following you, journalists calling you, paparazzi.”

However, the most difficult part was the impact on her family.

Thankfully she had a supportive family and the family of her then boyfriend Lau (now husband) were also hugely supportive at the time.

“It’s so easy to have a breakdown when you come out of a show like that,” she added. “You’re thrust into a completely different world that you’re not equipped to deal with.”

Jennifer revealed that she is often asked by young people how to forge a career in TV and whether or not she would recommend starting out with reality TV.

“It’s really easy for me to say ‘no’ because I’m sitting here in RTE with my job after being exposed to the industry through a reality show,” she said.

“If you are going to do it make sure you have a support system.  Make sure your family are on board, they are prepared for negative comments, for people coming out of the woodwork, for you being cast aside, for not knowing what to do.”

Jennifer commended ITV for their announcement of increased support, describing the move as “monumental”.