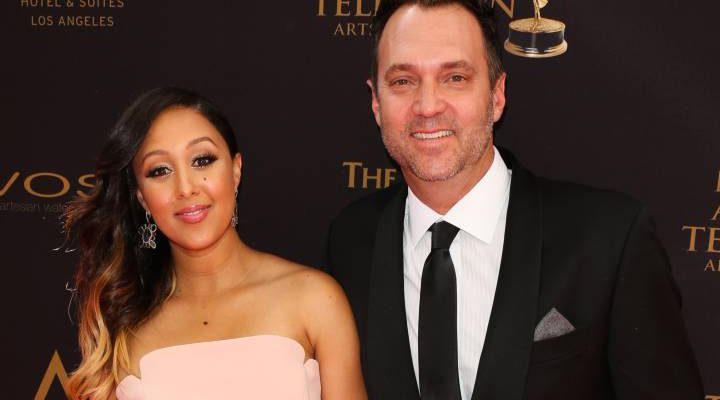 Sister Sister star Tamera Mowry-Housley was devastated after discovering her niece was one of the victims of the California shooting.

Using a smoke bomb and a handgun, a hooded former Marine dressed all in black opened fire during college night at a country music bar in southern California, killing 12 people and sending hundreds fleeing in panic before apparently taking his own life, authorities said Thursday.

Authorities said the motive for the attack Wednesday night was under investigation.

The killer was identified as 28-year-old Ian David Long, a former machine-gunner and decorated combat veteran of the war in Afghanistan. Authorities said he had an episode of erratic behaviour last spring that they were told might be post-traumatic stress disorder.

Screaming in fear, patrons rushed for the exits, ducked under tables and hurled barstools to smash second-floor windows and jump to safety as gunfire erupted at the Borderline Bar & Grill, a hangout popular with students from nearby California Lutheran University.

Mowry-Housley and her husband, former Fox News correspondent Adam Housley, confirmed their niece was a victim in the mass shooting in a statement.

“Our hearts are broken. We just learned that our niece Alaina was one of the victims of last night’s shooting at Borderline bar in Thousand Oaks,” the couple stated via their joint representative Chantal Artur. “Alaina was an incredible young woman with so much life ahead of her and we are devastated that her life was cut short in this manner. We thank everyone for your prayers and ask for privacy at this time.”

On Thursday morning, Mowry-Housely responded to a tweet after a girl had posted photos of her missing suitemate.

“Ashely this is her aunt Tamera Mowry Housley. Can you please DM me your information?” the talk show host wrote.

She responded to Mowry-Housley saying that she had already been in contact with her husband.

“I’ve been in contact with Adam, unfortunately there’s nothing new to report at the moment,” she wrote to Mowry-Housley.

“Ok. Thank you. Is she the only one unaccounted for?” Mowry-Housley asked.

“Yes, all the other girls are safe,” she responded to the actress.

Her husband asked his follower to pray.

The Los Angeles Times reports that Housley tried to look for his niece at the Los Robles Regional Medical Center around 3:30 a.m. on Thursday but was turned away and told the hospital was on lockdown.

“Alaina Housely we are praying. We love u! If you know anything or any information please let us know. We love you!” she wrote on Instagram.

Alaina Housely we are praying. We love u! If you know anything or any information please let us know. We love you! #borderline

This is the second mass shooting in the United States in less than two weeks. On Oct. 27, a gunman killed 11 people at a synagogue in Pittsburgh.