CHRISTCHURCH, New Zealand — The ad hoc memorial at the police cordon spread out across a wide area. Within a few hours of the terrorist attack that stole the lives of 50 people at two mosques here, there was a mountain of flowers and handwritten messages filled with anguish.

“This is your home and you should have been safe here.”

“Our love and prayers and sympathy are with you.”

The memorial was the first thing I saw when I arrived outside the first mosque the gunman targeted. Like many others, I snapped a few photos of the memorial and posted one to Instagram. But then immediately, I had a moment of déjà vu. I’d taken a very similar set of pictures in 2016 when I was covering the aftermath of the Pulse nightclub shooting in Orlando, Fla.

The Pulse attack had seemed like such an American nightmare — a mass shooting driven by hate — and now that nightmare had found its way to the other side of the world, to a laid-back country where violence is so rare that there isn’t even any airport security when you fly to regional hubs. 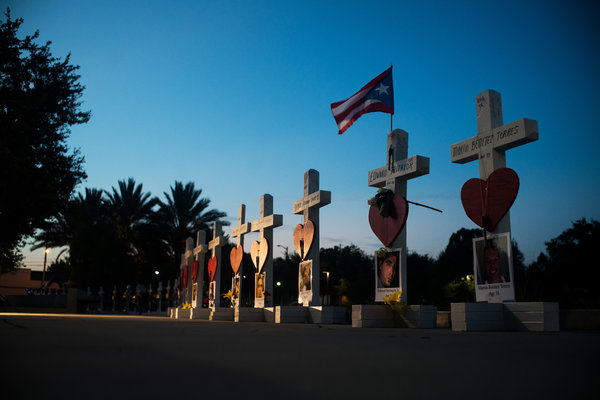 From the vantage point of this city of 375,000, the signature American exports of our age were not freedom and Hollywood fantasy but rather a cocktail of gun culture, white supremacy and Facebook, where the killer live-streamed the attack with a camera that gave it the look of an American video game.

And while the causes have spread along with Instagrammable memorials, the question emerging here a week later is whether potential solutions can be globalized too.

Prime Minister Jacinda Ardern is doing what she can to lead the way. She announced a ban on military-style assault rifles and ammunition Thursday. She has hammered social media companies for allowing and amplifying extremism. She even went to a high school this week, which lost two of its students in the attack, and told the children they need to fight prejudice.

“Let New Zealand be a place where there is no tolerance for racism,” she said. “That’s something we can all do.”

And yet, it’s hard to see how places like New Zealand can ever feel safe without some changes internationally. “We need to understand American laws because they affect us,” one commentator said on New Zealand Radio this week.

Indeed the lack of legislative effort by American lawmakers on the issues that helped spawn the Christchurch attack — guns, racism and tech platforms — is no longer just a frustration in the United States. Now it wounds the world.

There’s hard work to be done for that to change. The solution is not praying for victims or praising Ms. Ardern on Twitter. What New Zealanders want is for Americans to learn from others, for globalization to go the other way, even if it means limitations on fundamental U.S. of A. freedoms.

On guns, countries like New Zealand have less to confront: Of the 3.9 million New Zealanders of gun-licensing age, 238,000 — just 6 percent — have a firearm license, according to the website GunPolicy.org. In the United States, three in 10 adults say they own a firearm.

Tech companies are another challenge. Despite a growing body of research showing that the algorithms of YouTube, Facebook and other social media platforms push people further into violent extremism, getting those companies and their employees to dial back their self-regard and shift their priorities may be as hard as persuading gun owners to give up their AR-15s.

And let’s be honest: Those are the easy things to fix compared with racism and white supremacy.

Some Muslims in Christchurch are hoping that the unity of the community and New Zealand officials will set a new standard.

“If we can use what happened here to say enough is enough, if we can promote what we call in New Zealand ‘aroha,’” said Mustafa Farouk, president of the Federation of Islamic Associations of New Zealand, using the Maori word for love, “maybe the people behind these shootings will change.”

But according to others, the changes will need to become more common, below the ranks of public figures.

Here in Christchurch, one of the first people I contacted when I arrived was Kumar Yogeeswaran, a senior lecturer in psychology at the University of Canterbury who studies diversity and received his Ph.D. from the University of Massachusetts.

We discussed the deep societal problem of not just violent racism but also the casual racism that feeds it. He said many of his nonwhite students in Christchurch have come to him with stories of ethnic slurs hurled at them or colleagues at work mocking their accents. In the aftermath of the attacks, he said some students have heard white New Zealanders express frustration with the victims, asking: “Why are they even here? Why did they come here?”

“When an earthquake hits, the whole community grieves together,” Mr. Yogeeswaran said. A mass shooting that killed mostly immigrants has not quite done the same.

In 2008, I wrote an article about Derek Black, who was then trying to run for local office in Florida as a white supremacist. He later renounced those views, and we were in touch this past week, emailing a bit about how New Zealand and the world could accelerate and expand the shift he made from hate to inclusion.

“When Ardern says that the people who were attacked ‘are us,’ that has to become a sentiment that does not sound surprising or untrue to people,” he said. “This is a long process of people, particularly white people, redefining their in-groups and national identity.”

Mr. Black thinks the only way to do this is for people not to isolate themselves.

The memorials I saw were perhaps a baby step in that direction, our shared emotions made visible in lilies and words that linger.

But some people did not stop there. On Thursday, I met Michael Tarren-Sweeney, a professor of child and family psychology, as he was leaving the funeral of Junaid Ismail, one of the victims. Mr. Tarren-Sweeney told me he worked with Mr. Ismail’s sister, and when I shook his hand he had dirt on it from participating in the Muslim tradition of burial, in which mourners toss handfuls of earth into the grave.

Just behind him, leaning against a concrete pole at the cemetery’s edge, was Caitlin Phillips. “I’m just paying my respects,” she said. She had an iPhone in her hand. Had she seen news of the funerals on social media? Had she gone to the memorials?

“No, I live around the corner,” she said. “I just wanted to come because I’ve lived here 18 years, all my life, and I’ve never seen anything so wrong.” 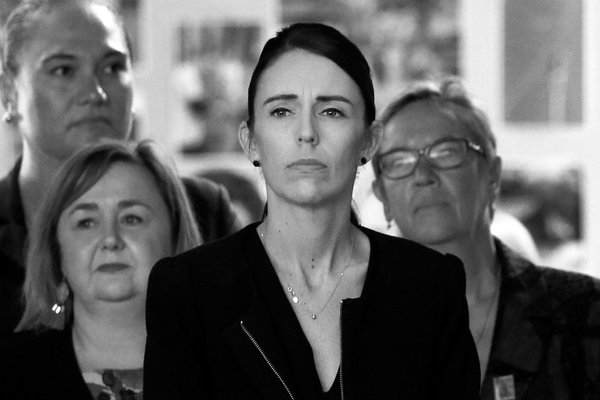 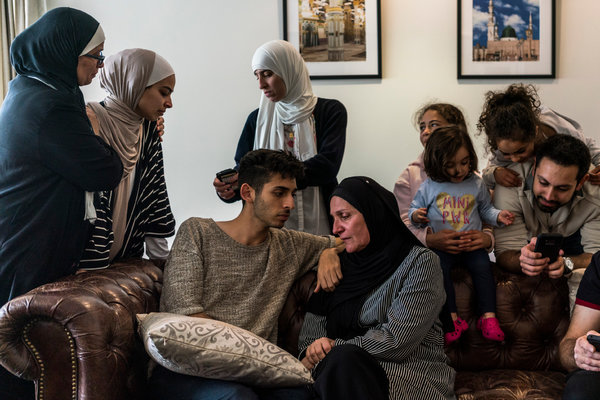 Damien Cave is the bureau chief in Sydney, Australia. He previously reported from Mexico City, Havana, Beirut and Baghdad. Since joining The Times in 2004, he has also been a deputy National editor, Miami bureau chief and a Metro reporter. @damiencave