Greedy gringos are taking over the Latinx neighborhood of Boyle Heights in Los Angeles. The new Netflix series, “Gentefied,” gives viewers a look into the lives of a Mexican-American family that’s fighting to survive in a community slowly becoming more and more foreign to them.

The highly anticipated comedic drama is based on the Sundance hit web series of the same name. The new, bilingual show — executive produced by America Ferrera — continues to explore the themes of the original, diving into the ongoing clash between the standards of an old-school generation and a more modern, millennial lifestyle.

Co-writers and first-generation Americans Marvin Lemus and Linda Yvette Chávez were also behind the original series.

Rising rent (and prices in general) threaten the family restaurant called Mama Fina’s Tacos. One character struggles with his identity, after spending years studying in the majority-white state of Idaho. Together, each of the young protagonists is fighting against traditional Latinx family expectations, along with the racism and discrimination that comes with gentrification.

However, despite the title name, it’s about more than just the politics of gentrification. In a statement from Netflix, the show is also “about family, community, brown love, and the displacement that disrupts it all, three Mexican-American cousins struggle to chase the American Dream.” 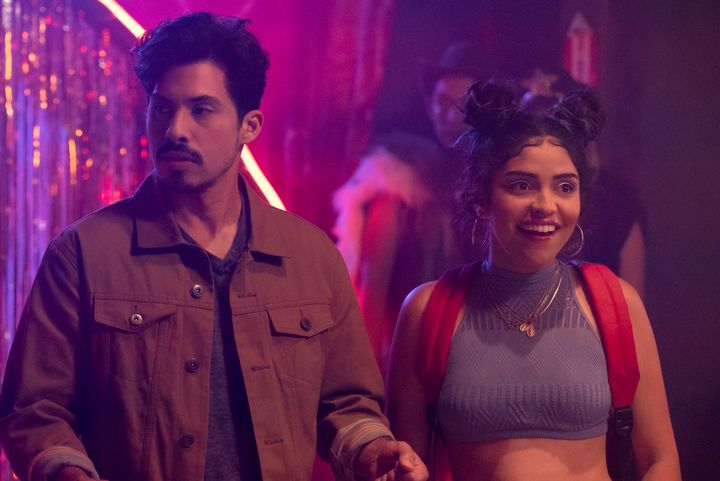 The show is a celebration of Latinidad — the triumphs, complications and all. You may even notice some familiar stars from the online world, including Julissa Calderon from Buzzfeed’s “Pero Like” series, as well as Annie Gonzalez from “Vida” and “Shameless.” There will also be some fresh new faces in Hollywood, who give memorable, energetic performances — like Karrie Martin, who plays Ana, and Carlos Santos, who plays Chris.

The new series also gives us Latinx representation in all of its forms — LGBTQ, Afro-Latinx, first-generation, and more.

“But most importantly,” the statement from Netflix reads, “‘Gentefied’ will settle once and for all how to pronounce Latinx.”

Watch the trailer above.