The stories are the standard stuff of television dramas, sitcoms and soap operas.

A young man yearns for an older woman but must contend with the meddling of a domineering father. The father, a widower, is on the prowl himself, though he seems as captivated by the tasty dishes eligible women cook as he is with the women themselves. Meanwhile, his daughter painfully copes with a husband who has taken off on a business trip that cloaks a romantic fling.

But what makes the Israeli series “Shtisel,” currently on Netflix, such groundbreaking television is that the characters are the black-hatted, side-curled men and bewigged women of ultra-Orthodox Judaism, a group that is known in Hebrew by the umbrella term Haredim and includes Hasidim.

It is an insular subculture that is obscure to most Jews, let alone to Americans of other faiths. While there have been a handful of movies about the group, like “Felix and Meira” and “Fill the Void,” “Shtisel” is the first television series in America exclusively focused on it, according to Jane Klain, manager of research services at the Paley Center for Media in Manhattan.

A word-of-mouth grapevine of emails and Facebook posts lauding the show’s touching characters and its humor has flourished online, particularly among Jewish viewers.

Netflix does not comment on ratings. But interviews and anecdotal evidence suggest that Jewish viewers, some gentile viewers and even many Haredim (literally “tremblers” before God), who generally shun television, are bingeing on the series.

The response on social media been so strong since the show started streaming on Netflix in December that the creators are contemplating a third season, four years after the most recent season aired, said Dikla Barkai, a producer for Abot Hameiri Barkai, the production company behind the show. They have not discussed plans with any broadcasters. 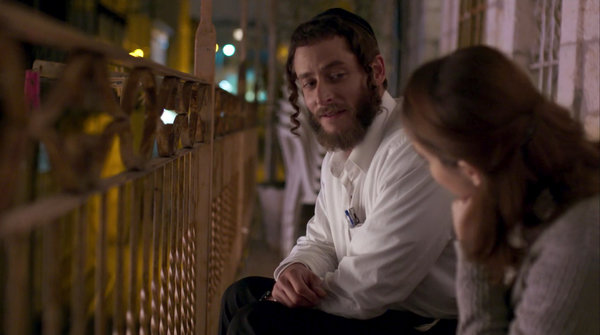 “When magic happens then you try to understand why it’s happening,” she said.

An American version of “Shtisel” is also in the works. Marta Kauffman, a creator of “Friends,” and her daughter Hannah K.S. Canter have sold a version of the show set in Brooklyn, titled “Emmis,” to Amazon and have recently completed a script they will propose to broadcasters, according to Barkai.

Kauffman told Variety she was not concerned about the unfamiliarity most Americans have with ultra-Orthodox rituals. “Make sure the stories, and the universality of those stories, is what people take in” she said. “The rest is just background.”

“Shtisel” was produced in Israel, which in recent years has won plaudits for a number of television dramas including “Fauda” and the shows on which the American series “Homeland” and “In Treatment” were modeled. “Shtisel” was broadcast for two 12-episode seasons starting in 2013, and its first season practically swept the Israeli equivalent of the Emmys.

It is also another show that has seen a big spike in popularity after arriving on Netflix, joining American shows like “Riverdale” and “You.” The streaming service, which has dramatically expanded its library of non-American TV shows recent years as it seeks an ever-larger global audience, presents “Shtisel” in Hebrew with English subtitles. There is no dubbed version.

The show focuses on a family living in the tightly-packed, squat apartment buildings of a Haredi neighborhood in Jerusalem. The members include: the patriarch, Shulem Shtisel (Doval’e Glickman), a broad-bearded, stubbornly opinionated yeshiva teacher with a tender side; his youngest son, Akiva (Michael Aloni), a wispy-bearded teacher at his father’s yeshiva, whose real passion is for art; and Akiva’s sister, Giti (Neta Riskin), burdened by a scheming, apparent nogoodnik of a husband who has taken off for Argentina, leaving her to raise five children.

Following Haredi matchmaking customs, Akiva is paired with one young woman after another, but none arouse any joy. Then he meets Elisheva, (Ayelet Zurer) the twice-widowed mother of a pupil.

She is a dark-haired beauty a decade older. He is smitten, and so is she, but they struggle with the father’s meddling opposition and her own misgivings about marrying someone so young and quirky. The plot lines that follow — with no sex and barely any touching — treat the dilemmas with wit and pathos.

“While it is clothed in the world of the ultra-Orthodox, ’Shtisel’ is a human story about family, love and community,” said Marty Greenfield, a retired chief financial officer of Warner Bros. Records (and the father of the actor Max Greenfield). “You laugh, you cry and at the conclusion you want more.”

Fans of the show say it humanizes people that are often portrayed in bleak, derogatory caricatures. And the tension between the Jewish laws that guide their daily lives and the yearnings and whims of the characters makes for emotionally powerful television.

“It’s a wonderfully engrossing family story that gives us insights into a group we don’t really know much about, even those of us who are observant Jews,” said Lisa Kleinman, a marketing consultant in Brooklyn. “It’s not like I’ve been dying for a personal glimpse into the lives of Haredim. But the show is a beautiful, intelligent family saga that happens to be about Haredim.”

Dr. Shuly Rubin Schwartz, the provost of the Jewish Theological Seminary in Manhattan and a historian of American Judaism who has written about the portrayal of Jews in American culture, said the show seemed to satisfy a voyeuristic interest in a reclusive society, as with other TV depictions of subcultures like the Mormon polygamists in “Big Love” and British royalty in “The Crown.”

“Everybody’s talking about it,” she said, mentioning her Upper West Side neighbors and a friend who is a Catholic nun as well. “There’s something very attractive about a community with strong values we share: respect for parents, respect for elders, close knit families, modest lifestyles. We may not live that way, but we admire it.”

At the same time, she added, “it reinforces the views of many Jews about the claustrophobic nature of that society, the conformity, the regimentation.”

“One of the most important things we can do is engage in fiction or nonfiction that complicates our understanding of the other, whoever the other is,” said Boys, who belongs to the Sisters of the Holy Names of Jesus and Mary.

The show so accurately captures the granular mores of daily Haredi life partly because one of its creators, Yehonatan Indursky, grew up in an ultra-Orthodox family in Jerusalem. The men wear fringed ritual garments even while relaxing at home. The women sleep in snoods covering their hair. Married couples sleep in separate beds.

A blessing is said every time food or drink is consumed, and no one enters a room without kissing a mezuza, a narrow doorjamb fixture that contains the sacred Shema prayer. First-time meetings to check out a possible match take place in public hotel lobbies. Even the way a man sits, pulling up the flaps of his frock coat away from his backside, feels authentic.

Emma Goldman, a 30-year-old human rights professional for a nonprofit, who grew up in an observant home, not only was beguiled by how Haredim experienced “the same internal struggles, hopes and dreams, heartbreaks and betrayals,” but she also could recognize the loopholes some Orthodox Jews find to bend laws to their needs. Elisheva, for example, stealthily listens to popular music on the Sabbath and justifies doing so because she left the audio player on overnight.

Secular Jews are intrigued as well, as evident from a host of comments by the more than 4,000 members of a Facebook group “Shtisel: Let’s Talk About It.”

Hasidim and other Haredim, largely the group known as in Yiddish as Yeshivish (they may have a similarly austere appearance, but they do not revere a particular Grand Rabbi as Hasidic sects do), generally decline to own television sets. In Israel, the show was denounced by one Haredi columnist as a “Trojan horse” crafted to influence a pious community with foreign values. But Haredim do have laptops and cellphones and, though often loath to admit it, some will watch surreptitiously.

“My wife watches it — off the record,” said one communal leader in Borough Park, Brooklyn, New York’s largest Hasidic neighborhood, smiling mischievously and asking not to be identified.

Chanie Apfelbaum, a 38-year-old Lubavitch Hasid and mother of five who hosts a popular food blog on Instagram, was more forthright, calling the series “the most honest portrayal of an ultra-Orthodox community ever.” (Lubavitch Hasidim have long used television broadcasts to proselytize Jews to become more observant.)

Alexander Rapaport, who runs a Borough Park soup kitchen called Masbia, said that had the show been on Amazon Prime Video instead of Netflix, it might have been watched more widely because many Hasidim run their businesses through Amazon deliveries. Watching on Netflix, he noted, requires the deliberate act of subscribing.

Those who do watch (and admit to it) extol the show’s affecting moments. Frimet Goldberger, a mother of two and freelance writer who left the Satmar sect of Hasidim, based partly in Williamsburg, Brooklyn, recalled a scene when Giti is in agony during labor and her husband, by Haredi custom, cannot be in the delivery room with her. He calls her on a cellphone and tenderly sings a song to her, and she smiles and tears up, struck by his uncommon display of affection.

“It struck a visceral chord, and I intimately recognized Giti’s conflicting emotions — her desire to be held during this painful and momentous occasion, and following the law that forbids husbands from touching their wives during labor,” Goldberger said.

As she watched, she remembered the birth of her own two children and the deprivation of not being able to feel the embrace of her husband during labor, and she too cried.