This is not a drill: Netflix has unveiled a collection of three first-look images from the new season of Bridgerton, and it looks incredible.

The countdown to Bridgerton season two is officially underway, and it’s safe to say we’re very excited. If you thought that exciting exclusive clip Netflix released at the weekend would be the last thing you’d see from the series for a while, you were wrong – the streaming platform has just unveiled a selection of glitzy first-look images.

The images, which were released via Netflix’s Twitter account, depict Simone Ashley and Charithra Chandran in their roles as Kate and Edwina Sharma – the two sisters who attract the attention of Anthony Bridgerton.

While there’s no more information accompanying the shots, it looks like they’re taking place at a ball – perhaps one where the Sharma sisters are being introduced to the Ton for the first time. 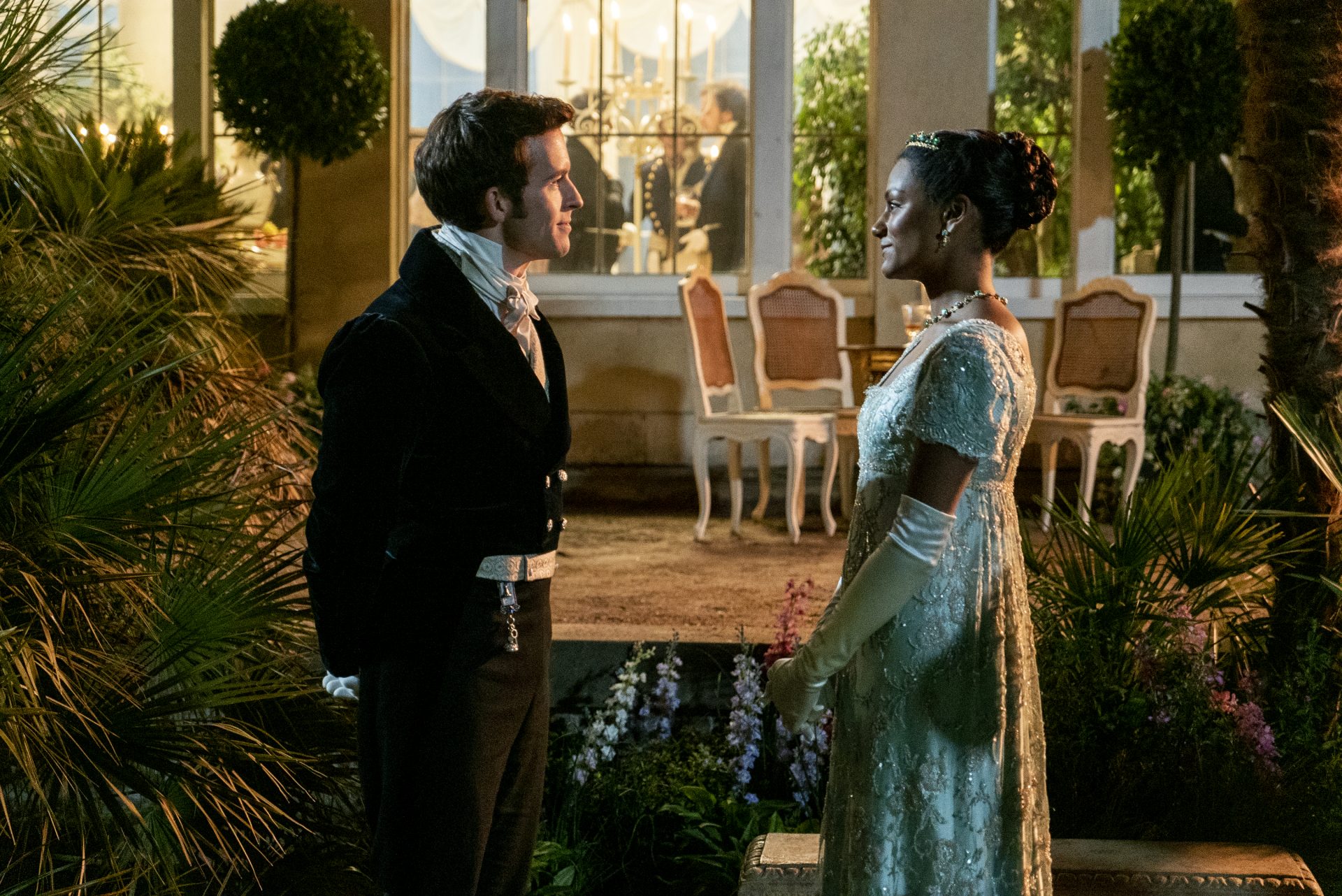 Information on the second season of Bridgerton is also pretty scarce at the moment, but we do know a few key details about what to expect – including which of the Bridgerton siblings the series will focus on next.

That detail was revealed in a letter from the show’s mysterious matriarch Lady Whistledown, in January this year, where she also confirmed that the show would be entering production in spring 2021.

“This author has been reliably informed that Lord Anthony Bridgerton intends to dominate the social season,” the letter read. “I will have my pen ready to report on any and all of his romantic activities.”

Since then, there were fears that the show would be delayed due to coronavirus-related setbacks on set – but if these first-look images are anything to go by, it seems like things are definitely back on track.

Of course, we can’t yet tell for certain – during a global fan event Netflix hosted over the weekend, the streaming platform simply revealed that the show would be coming sometime in 2022 – but we’ve got our fingers crossed that that means the show is coming sooner rather than later.