Natalie Portman’s new film Vox Lux is an unflinching look at 21st century pop culture in which everything is disposable — both literally and figuratively. Technology has contributed to the world in ways both good and bad; we’re told we’re more connected than ever but feel more disconnected. Internet fame is only a few clicks away. There is so much bad news it’s not surprising people will do anything for an escape.

SheKnows got the chance to speak to Vox Lux star Natalie Portman ahead of the film’s release. The Oscar-winner could have chosen any role for her latest film, but something about the lead character, Celeste, really spoke to her.

“I loved this character when I read her on the page,” says Portman. “It just felt like something so new that I hadn’t read before. She is such a specific character — she could say something insightful, then complete nonsense in the same breath. I also thought it had a really relevant reflection of the moment we live in right now in history, so it was a really exciting opportunity to play that character.”

In the film, we meet Celeste as a teen (played by Raffey Cassidy in the first half of the film, Portman in the second half) who’s survived a horrific school shooting. At her fellow students’ memorial service, she sings a song so pure and full of hope, it goes viral. People can’t help but latch onto Celeste and her song, “Wrapped Up” (an intoxicating ballad written by Sia). The song comes to serve as an escape from the life’s harsh realities. Young Celeste is quickly scooped up by a slick music manager (Jude Law) who whisks her off to Sweden to record a CD that will turn her into an international stadium-filling pop sensation.

Natalie Portman enters the second half of the film as the damaged and hardened 31-year-old Celeste, who’s dealing with a history of public mistakes. She is now desperate to make a comeback. Her manager is desperate for her to make a comeback too, but what exactly is there to come back to? 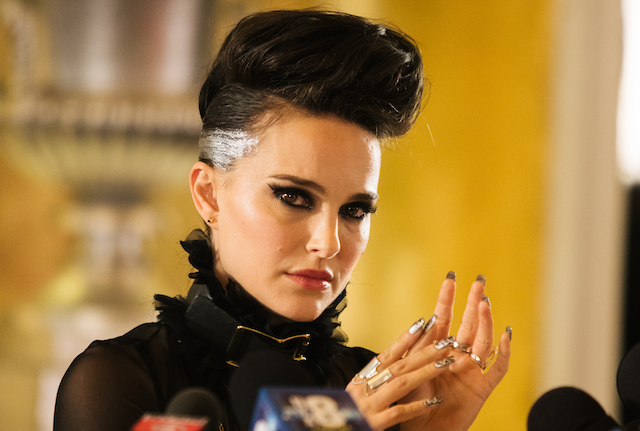 Vox Lux tackles a lot of themes, including fame and addiction. It also connects some very frightening ideas about what people are willing to do to be famous. But Portman doesn’t want the viewers to get caught up in any particular “message” the film might have.

“I think the movie just brings up a lot of different ideas and things to talk about, like the relationship between pop culture and violence and how are they occupying the kind of the same space in our attention. What is the meaning of anything when there is so much news out there? There’s so much going on that everything gets diluted and nothing really matters anymore,” says Portman. 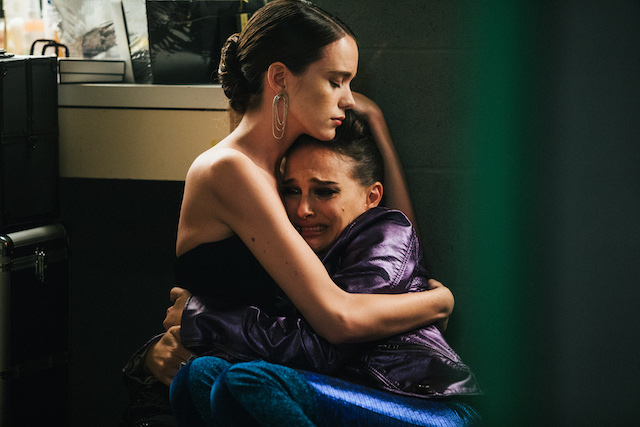 Portman herself rose to fame in 1994 when she played Mathilda in The Professional at the age of 12. Since then, the world has watched her grow up on-screen. But Portman always kept her focus on her work and avoided the public missteps many other young actors make. She considers herself lucky because the world was a lot different back then.

“I didn’t have the internet or social media or cameras on phones when I was just emerging into the public eye, so there was a lot more room to make mistakes and not have to be ‘caught’ forever. You have to make mistakes to grow up, do stupid things. I was lucky for that, and I was also lucky to have my family, the people I love and my friends not involved in my work. They always supported my work, but they didn’t profit off it. I think that was a really big deal because I always knew that if my work didn’t go well, no one would be upset with me. There was no pressure that I have to do good to take care of my family or anything, which I think is a big pressure for a lot of kids who are working.” 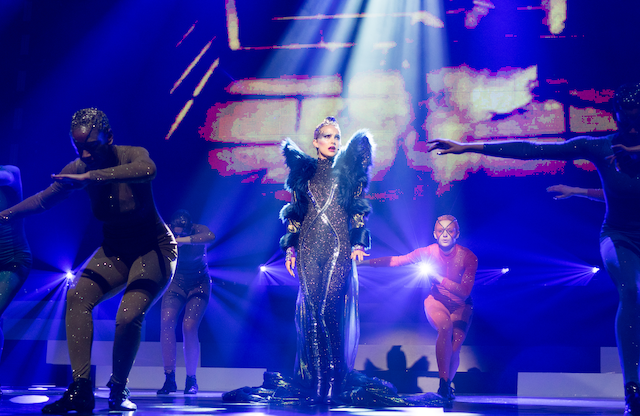 While a happy ending doesn’t seem to be in the stars for some of her characters, Portman’s recent work with the #TimesUp movement gives her hope for overcoming the disposable, escapist culture explored in Vox Lux. Instead of looking for a distraction from reality, she says, “We should be talking — and together, we should be making change. But the only way we can make change is by speaking out and making our voices heard.”