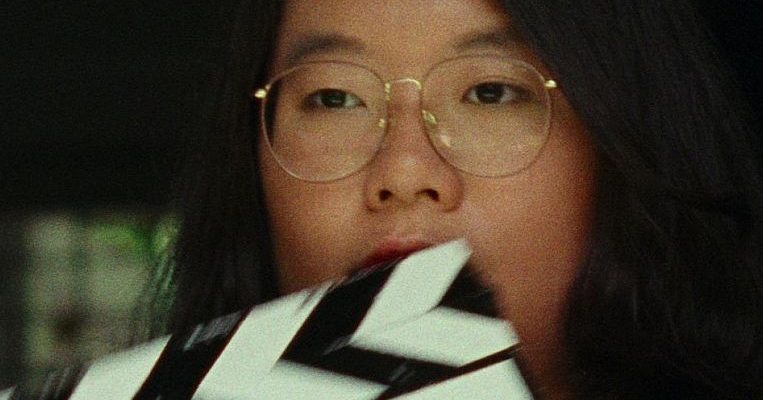 Shirkers is one of those films that seems almost too good to be true.

A film about film nerds whose self-funded dream project vanishes before release and, in seeking the truth behind its loss, its creators are put on a path that ends in something like closure.

And that is not all. Somewhere in the mystery, Tan finds a thread of male privilege and, perhaps, also white expatriate privilege, in Cardona’s behaviour, expanding the scope of the story to encompass an issue that women seeking entry into male-dominated fields face.

After all, in those days, if someone from the United States came here claiming to have Hollywood connections, how might you, a 19-year-old girl, challenge or even verify that claim?

The all-woman film-making team, handicapped by age, gender and every other burden that existed in 1990s Singapore, finds a way to claim a space of their own.

Full disclosure: This reviewer used to be a colleague of Tan’s during her stint as film critic for The Straits Times and is acquainted with several of the people appearing in the film, including film-maker Ng.

Tan, a novelist based in the US, has made this for a global audience, so she needs to convey what it was like to be a young cinephile and aspiring film-maker in Singapore in the early 1990s.

The story: In 1992, Sandi Tan, a teenager, and friends Jasmine Ng and Sophia Siddique, pool their funds to make Singapore’s first modern independent film. They hire Georges Cardona, a 40-year-old American friend of Tan’s, to direct. They would make Shirkers, a road movie, written by and starring Tan. To the group’s horror, Cardona vanishes with the footage. Tan, in the present day, directs this documentary about the loss, interviewing Ng and Siddique, and those who knew them and Cardona, looking for answers to a mystery that has haunted her for decades.

Using collage, film clips and interviews, all filtered through her powerful sense of whimsy, a portrait emerges of a place that cared little for unsanctioned art. If you wanted to read a cutting-edge zine or see a movie that would define your generation, no one was going to invite you to do it. You had to do it yourself.

Visually, there is much to see, not least in the 1992 footage.

Tan’s original road movie looks like something a precocious youth would make, in that it seems to mistake eccentricity for style.

But in its choice of locations, she had an eye for the quaint and colourful. The shots of shophouse fronts, many of them before they turned into conservation showcases, or the wilder parts of Singapore cut by the railways, create a yearning to see things that one took for granted 30 years ago.

There is self-criticism here. Ng’s insights offer a bracing counter-narrative to Tan’s rosy-hued view of what it was like to be a member of the merry troupe making Shirkers in 1992.

The latter, too, admits she was too reluctant to see the red flags around her mentor and best friend.

The film-maker interviews people who knew Cardona before he came to Singapore and afterwards. There is little rancour in her portrayal of the man – she is searching for insight, not vilification.

What little bitterness or blame there is, Tan directs mostly at herself.

But overall, the arc is one of uplift – as the story builds to the present day, there is an unforced and natural journey towards healing and, even better, self-knowledge.