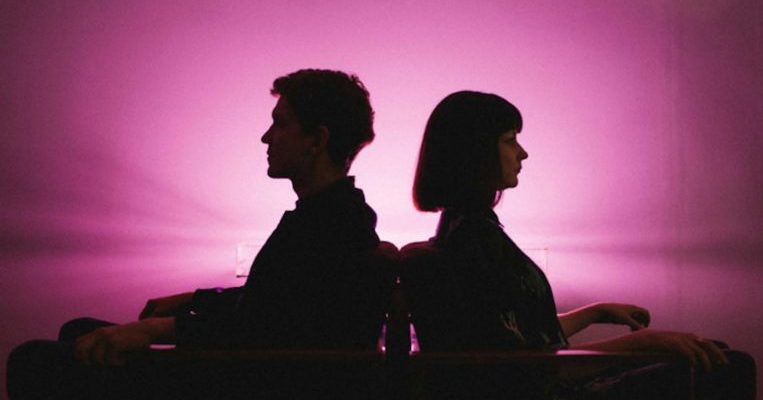 You Tell Me has a similar Scottish-English set-up: this time with Sarah Hayes, the flautist from the Glaswegian orchestral pop collective Admiral Fallow, paired up with Peter Brewis, the Sunderland composer and instrumentalist from Mercury Prize-nominated art-rockers Field Music. The two first met and bonded at a Kate Bush tribute concert in 2016, and their common adoration for the English singer-songwriter bears prodigious fruits in their debut album as You Tell Me.

Relish the spirit of freedom and experimentation through the 11 tracks, which are engaged in a communication between equal minds. “Most of the songs seemed to be conversations, be conversational or about talking or not talking,” says Brewis in the press release, describing the record as “dual-personal”.

Lead-off single Invisible Ink exemplifies their magpie sensibility, expert musicianship and respect for each other. The absence of reverb is unusual in these days of overproduction but here, it means you appreciate the subtle composition of sounds – crystalline and precise.

It’s a breezy, beautifully tactile art-pop doozie, reminding one of someone smart and intuitive like Los Angeles musician Julia Holter, with its intricate layering of percussion and synths held together with an old-school computer-game loop.

Springburn starts off as a pretty chamber pop ballad, recalling the early days of indie-folk troubadours Sufjan Stevens and even Joanna Newsom with its bucolic winds and ivories. “Heard you were in the hospital and might not be the same,” Hayes sings, crisp and clear, until the punch line comes: “You’d laugh in disbelief if I told you the impact that you made.”

These are deeply empathetic dialogues haunted by vagaries of the human heart.

Hayes and Brewis harmonise on Get Out Of The Room, a febrile, art-pop middle finger with the edgy funk rhythms of, say, 1980snew wave band Talking Heads, while the orchestral intro of Foreign Parts sweeps you into worldwide romance.

Throughout, they display an incredible mastery of pace and emotional shading. No Hurry begins soft and slow, with pinched vocals, before piano arpeggios give way to expansive 1970s-styled prog-rock riffs, before returning to quieter waters.

It’s a whirlwind tour throughout modern rock and pop, taking detours, meeting idols, and having a tryst or two. You don’t quite know the itinerary from the offset, but that’s okay – you know you’re in great company.