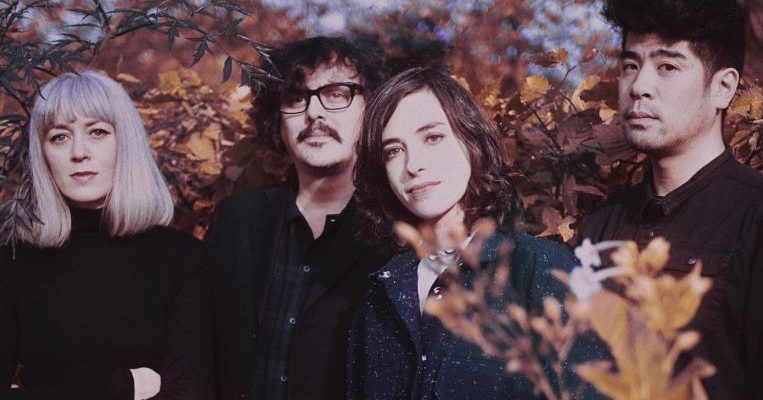 SINGAPORE – After eight years and a couple of false starts, British indie/electronic stalwarts Ladytron have finally made a comeback with their sixth album.

It is somewhat fitting that the Liverpool quartet, who went on hiatus after releasing 2011’s Gravity The Seducer, have gone for a self-titled release.

While Gravity made a detour with a lush and lilting sound, the new tracks see the band going back to the dense, icy and android-chic vibes of their earlier outputs.

“We are sirens of the apocalypse,” singers Helen Marnie and Mira Aroyo croon in The Island, which can be seen as a take on current political and social travails, while The Animals sees them lamenting that “there’s no love”.

The evil-clown theatrics of the song Horrorscope even feature live drums from Igor Cavalera, formerly from Brazilian metal veterans Sepultura.

You’ve Changed is a curious blend of assertive pop and ominous disco while album opener Until The Fire gallops with an urgent pace.

The band sounds defiant in Deadzone (“My resistance is your weakness”) and pulls off intricate and layered vocals on Far From Home.

The group actually broke up in 2016 while recording the follow-up to their acclaimed 2014 debut Conversations.

After some time away from one another, the trio, comprising Josh Hunnisett (keyboards) and siblings Fiona (vocals) and William Burgess (guitars), decided to finish up the recordings and release them anyway.

The pressures of following up on the critical success of their debut seem to be reflected in the songs.

The sparse and ethereal Luke might read like a love song on the surface but there are shades of the communication issues that the band has said affected their ability to work with each other – “Look, am I shouting in a vacuum? / Can you hear me?”

The melancholic strain of Removal Of Hope seems to cement the finality of their decision to disband.

Album opener Don’t Speak is positively haunting, driven by synth arpeggios and Fiona’s yearning voice, while I Can’t Take You Seriously envelopes the listener in a blissful haze.

The trio’s art-pop tendencies come to the fore on From Eden To Exile Then Into Dust, an adventurous and intricately crafted tune that features unexpected twists and turns.

It’s a shame then that we probably will not be hearing more from them.