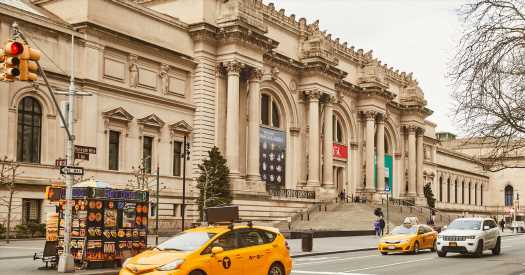 While New York faces the possibility of another indoor-dining ban because of an increase in coronavirus cases, Gov. Andrew M. Cuomo has made no suggestion that museums will shut imminently here, as they have closed in San Francisco, Chicago and other cities. For now — and no one knows how long now might last — New Yorkers are free to enjoy the city’s collections of cultural treasures.

Still in place are protocols that the city’s museums, which began reopening in August, put in place to mitigate risk for visitors and staff. In addition to mask and social-distancing requirements, museums have capped capacity at 25 percent, implemented timed ticketing to avoid congestion and devised new ways to direct indoor foot traffic. Amenities like food service, water fountains, coat checks and audio tours have also been largely suspended.

For this holiday season, here’s a guide to museum exhibitions that are set to close by February. Be sure to check museum websites and local public health guidelines before planning a trip, and consider the possible risks. If you’d prefer outdoor options, you can always visit exhibitions in Socrates Sculpture Park, Madison Square Park and Brooklyn Botanic Garden. 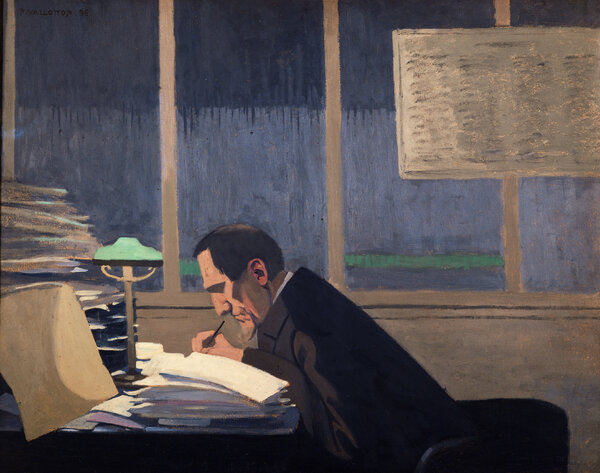 FÉLIX FÉNÉON: THE ANARCHIST AND THE AVANT-GARDE — FROM SIGNAC TO MATISSE AND BEYOND at the Museum of Modern Art (through Jan. 2). There are some figures in art history whose influence outstrips their personal notoriety. Félix Fénéon, who Roberta Smith called “one of the busiest, most fascinating players in Parisian cultural circles in the decades around the turn of the 20th century” in her review for The New York Times, was one such figure until this show at MoMA.

As a critic, editor, translator, curator, journalist, publisher, gallerist, art dealer and collector, Fénéon was heavily involved in many of the most important artistic developments of his day. He discovered Georges Seurat, coined the term the term Neo-Impressionism to distinguish painters like Seurat and Paul Signac from their predecessors and helped introduce African sculpture to the French avant-garde. (MoMA’s acclaimed Donald Judd retrospective is open through Jan. 9, and its “Fall Reveal” rehang is also currently on view.)

MAKING THE MET, 1870-2020 at the Metropolitan Museum of Art (through Jan. 3). This exhibition of more than 250 objects organized by their date of acquisition offers visitors the opportunity to walk through the museum’s 150 years of history. “This unusual organizing principle lets you map the growth of the Met from room to room, even as it creates strange, riveting juxtapositions across time,” Jason Farago wrote in his Times review.

For art starved patrons, the chance to see so many treasures from the Met’s unparalleled collections, side by side, is another draw. But charting the development of the museum’s holdings is only a part of the exhibition’s importance. It’s also an articulation, Farago added, of the institution’s “ambitions and blind spots,” both of which found themselves under scrutiny during the political and economic upheavals of this year.

The show requires a separate timed ticket, which can be purchased online or at the Met. (More than 20 of the Met’s galleries dedicated to European “Old Master” paintings will reopen on Dec. 12, after two years of renovations that replaced the skylights in one of the museum’s oldest sections.)

PETER SAUL: CRIME AND PUNISHMENT at the New Museum (through Jan. 3). Holland Cotter issued a complimentary warning toward the beginning of his Times review of the American painter’s retrospective: “Whatever your ethnic, sexual or political persuasion, there is something here to give you ethical pause, to bring out an inner censor you didn’t know was there.”

Saul’s work doesn’t dodge difficult issues, nor does it always engage with them in ways that are palatable to contemporary sensibilities. But there is a method to his taboo terrorizing, Cotter explained. Politically and personally, Saul has valiantly pushed back against the pressure to downplay and sanitize our “national maladies” for over half a century. “Through a long career he has used offensiveness as a form of resistance.” (Jordan Casteel’s first solo museum exhibition in New York is also open here through Jan. 3.)

AFTER THE PLASTER FOUNDATION, OR, ‘WHERE CAN WE LIVE?’, BRUCE DAVIDSON: OUTSIDER ON THE INSIDE and ULRIKE MÜLLER AND AMY ZION: THE CONFERENCE OF THE ANIMALS at the Queens Museum (through Jan. 17). In different ways, these three shows reflect the Queens Museum’s ongoing concern with the political, economic and artistic dimensions of community. The first is a large group exhibition that focuses on how social forces affect our ability to make and maintain a home. The others are less obviously political but still touch on collective themes.

A survey of Bruce Davidson’s work highlights how the Magnum photographer has “always been an artist on the move, documenter of many American cultures, permanent resident in none of them,” Holland Cotter wrote. The final show, which takes its title from a 1949 German book about animals who band together to save the world, adds a leavening touch of whimsy. It features children’s drawings made from 1900 to today and a mural by the artist Ulrike Müller.

SANFORD BIGGERS: CODESWITCH at the Bronx Museum of the Arts (through Jan. 24). The New York-based artist has been working with quilts for over a decade, but this show is the first survey of his textile-based works. Comprising more than 50 pieces, it takes its inspiration from the (possibly apocryphal) idea that quilts were used to transmit coded information along the Underground Railroad. Its title is also a reference to the idea that linguistic codes are adopted and discarded, depending on the social context of communication.

In both cases, it’s the plasticity of meaning and the capacity of quilts to transmit lived histories that fascinates Biggers. “They’re portals, in a sense,” he told Siddhartha Mitter in an interview. “I consider them between painting, drawing and sculpture, and a repository of memory — the memory of the body.” (José Parlá’s first solo museum show in New York is also open here through Jan. 10.)

VIDA AMERICANA: MEXICAN MURALISTS REMAKE AMERICAN ART, 1925-1945 at the Whitney Museum of American Art (through Jan. 31). According to Holland Cotter, this exhibition “suggests that the Whitney is, at last, en route to fully embracing ‘American Art.’”

Not only does it devote its attention to Mexican artists who, perhaps Diego Rivera aside, tend to be sorely neglected, it also communicates the profound influence that painters like José Clemente Orozco and David Alfaro Siqueiros had on more well known American figures, including Jackson Pollock and Philip Guston. That debt, Cotter argues, has too often been forgotten in the United States. “Judging by the story told here,” he writes, “we should be actively inviting our southern neighbor northward to enrich our cultural soil.”

Aside from supplying an important corrective to art history here, the show also introduces American audiences to important Mexican painters — Luis Arenal, Jesús Escobedo and Mardonio Magaña among them. (A show of recent work by Cauleen Smith is also open here through Jan. 31.)

COUNTRYSIDE, THE FUTURE at the Solomon R. Guggenheim Museum (through Feb. 15). The thesis of this exhibition, that cities are perhaps a thing of the past, seemed a bit far-fetched and heavy handed when the show was unveiled in February. Months later, reopening after many people fled cities because of the pandemic, it seems much more plausible.

Organized by the Dutch architect and theorist Rem Koolhaas, with the help of a team of collaborators, the show argues that “the cosmopolitanism and dynamism of the countryside” has been overlooked by architects, intellectuals and politicians. Koolhaas mines “the design history of nonurban areas through assemblages of historical propaganda and contemporary advertisements; torrents of agricultural statistics; and showcases of robotic tractors and crop-seeding drones” to make his case that sparsely populated areas have superseded urban centers as the world’s engines of innovation.