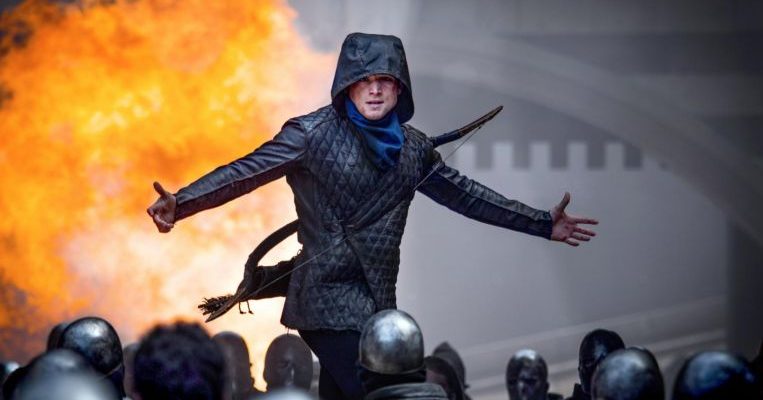 The story: Robin of Loxley (Taron Egerton) is on a Crusade when he meets the formidable Moorish commander Yahya (Jamie Foxx), later dubbed John. Their paths cross again in England when Robin discovers that his lands have been seized by the Sheriff of Nottingham (Ben Mendelsohn), while his beloved Marian (Eve Hewson) has wed another man, Will Scarlet (Jamie Dornan).

Who knew that the tale of the merry men of Sherwood Forest could be so dour?

This retelling sucks the humour and fun out of what ought to be one of England’s most lighthearted legends, replacing it with mostly grim and badly handled fantasy about death and revenge.

Why this, and why now? Some years, you get action-fantasy movies based on Greek myths. Other seasons are all about the Romans and their empire. And other times, the Bible is the primary source. Hollywood has a way of sniffing out the zeitgeist and then greenlighting screenplays based on similar ideas.

You have the television hit Game Of Thrones (2011 to present) to thank for movies like last year’s King Arthur: Legend Of The Sword, and this movie, the umpteenth film retelling of the Robin Hood legend.

It is all part of the trend for striking the Medieval English iron while it is still hot. Like the Arthur movie, this one jettisons historical accuracy or even folkloric authenticity the first chance it gets, zooming away on jet engines of martial arts and notions of social justice, all made weightier with current political references. Aristocrats and papal delegates stoke Islamophobia to sell a holy war in the Middle East, for example.

Director Otto Bathurst, a seasoned television helmer, has his hands full dealing with the film’s central conflict, the beef between the greedy sheriff (an oddly sombre Mendelsohn) and the returning veteran, Robin (Egerton, who is either brooding like Batman, or else darting about firing a storm of arrows from a mysteriously inexhaustible supply).

After a confusing opening, in which the audience is asked to swallow several logistically impossible plot turns, the story settles into the mano-a-mano face-off between the sheriff and the Hood (as the common people call him).

Foxx, as Robin’s Moorish mentor John, is the Jedi master dropping fortune-cookie wisdom on his young charge, while Dornan and Hewson are wasted supporting characters in a story stuffed too full with plot and self-importance for its own good.