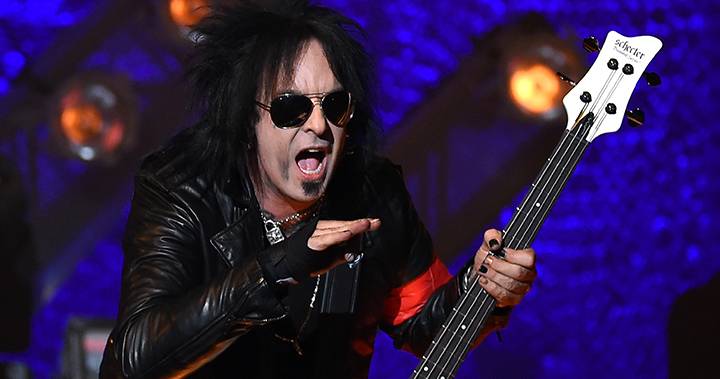 NOTE: This article contains sexually graphic language and disturbing content. Please read at your own discretion.

In the 2001 Mötley Crüe memoir, The Dirt: Confessions of the World’s Most Notorious Rock Band, co-founder and bassist Nikki Sixx recollected an explicit story about a potential sexual assault he committed with longtime drummer and bandmate, Tommy Lee.

Sixx, 60, revealed that he decided to trick a woman who wanted to have sex with him. She pulled him into the closet before he left to “grab” his bandmate. “We f**ked for a while,” he wrote, “then I told her I had to go to the bathroom.”

Instead of going to the bathroom, Sixx “went into the party and found Tommy.” “Dude, come here,” he said. “I’ve got this chick in the closet. Follow me, and don’t say a word. When I tell you, [you] start f**king her.” Unbeknownst to the woman, she was having sex with Lee, 56, rather than Sixx.

When asked about the story during a recent interview with Rolling Stone, Sixx claimed that he doesn’t remember it ever happening. He offered an apology, saying “those words were irresponsible on my part. I am sorry.”

“I don’t actually recall that story in the book beyond reading it,” he added. “I have no clue why it’s in there other than I was outta my head and it’s possibly greatly embellished or [I] made it up.

The upcoming Mötley Crüe biopic, The Dirt — which is based on the novel — will not feature a depiction of this scene, according to director Jeff Tremaine.

Bassist Nikki Sixx of Mötley Crüe performs at The Joint with Sixx:A.M. inside the Hard Rock Hotel.

The morning following the incident, the woman had allegedly phoned Sixx and said, “Nikki, I got raped last night.” She claimed that she was sexually assaulted by a man after the party. She was reportedly trying to hitch a ride home.

Upon re-evaluating his and Lee’s actions, Sixx wrote, “At first, I was relieved [it was someone else], because it meant that I hadn’t raped her. But the more I thought about it, the more I realized that I pretty much had.”

“I had probably gone too far,” he admitted in the book. “I was in a zone, though, and in that zone, consequences did not exist. Besides, I was capable of sinking even lower than that.”

After claiming the story was “possibly greatly embellished” in order to add to Mötley Crüe’s notorious image, Sixx expressed his regret to Rolling Stone in sharing some of the stories he did for The Dirt.

He added that the book was published during a “low point” in his life; a time where he was still very much under the influence and as reckless as he was in the past.

Neil Strauss, co-writer and author of The Dirt conducted a series of interviews with each member in 2000 in order to put the quote-filled autobiography together.

“I honestly don’t recall a lot of the interviews with Neil [Strauss],” revealed Sixx. “The book was written in 2000, when I had lost my sobriety and was using drugs and alcohol to deal with a disintegrating relationship — which I still to this day regret how I handled.

“I went into rehab in 2001,” he added, “and really wish I would’ve done my interviews after I was clean and sober, like I am today.”

Through much of his career, Sixx struggled with heroin addiction. Mötley Crüe announced its indefinite hiatus in 2000 — before his so-called “low point.”

The original lineup reunited in 2004, and welcomed back to the industry with a healthily renewed success.

Sixx claims to have been sober since Mötley Crüe’s reunion.

In The Dirt, the bassist admitted, “There is a lot of horrible behaviour in the book,” he admitted. “What I can tell you, is that we all lived to regret a lot and learned from it.”

“We own up to all our behavior that hurt ourselves, our families, friends or any innocents around us,” he concluded.

Douglas Booth, star of the 2013 film adaptation of Romeo & Juliet, will star in The Dirt, playing a younger and more reckless incarnation of Sixx.

The film adaptation of The Dirt was authorized by all four members of Mötley Crüe in the mid-2000s. It began production in 2006, but unfortunately faced a number of delays, rights issues and major changes since then.

Tremaine has been tapped on to direct the project since 2013. After a number of production company changes, Netflix finally bought its rights in 2017.

The soundtrack will be comprised entirely of music from Mötley Crüe’s back-catalogue, including four brand new songs which were recorded by the band last year.

The Dirt is scheduled for a March 22 worldwide release on Netflix.