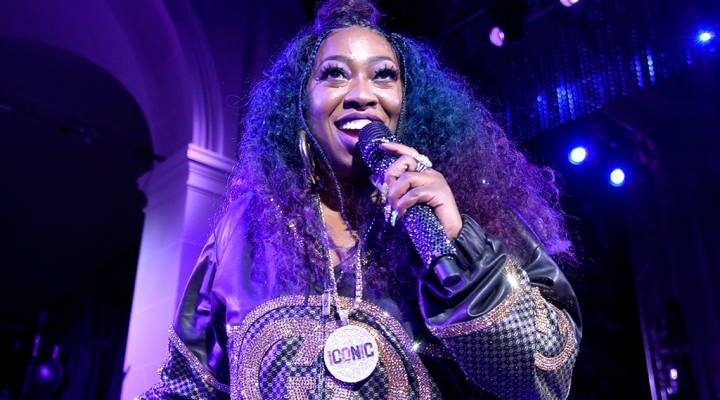 Missy Elliott made music history once more last Saturday. The 47-year-old was not only revealed to be an inductee for the 2019 Songwriters Hall of Fame (SHOF), but she will be the first female rapper ever to be inducted into the SHOF in general.

The Work It star released six RIAA certified-platinum studio albums in only nine years. She has sold more than 30-million records in the U.S. alone and since 2017 has been the all-time bestselling female rapper in music history.

Elliott’s career began in her late teens. She has now more than three decades of experience in the industry and has become one of the most influential female performers of all time, thanks to the success of hit singles like The Rain, Get Ur Freak On and Lose Control.

Missy Elliott performs at the 2018 Essence Music Festival at the Mercedes-Benz Superdome on July 7, 2018, in New Orleans, La.

Elliott shared her gratitude for the initial nomination over Twitter. She expressed her excitement to be inducted in the summer and congratulated her fellow inductees, which include: Dallas Austin, Tom T. Hall, Cat Stevens, Jack Tempchin and John Prine.

“I want to congratulate all the amazing songwriters who have been inducted into the 2019 Songwriters Hall of Fame,” she wrote. “Also those who were nominated — because their body of work is amazing!”

“I am so humbly grateful to now be inducted, also I love you all,” she added.

The five-time Grammy award winner has worked alongside a plethora of female performers, from late icons Whitney Houston and Aaliyah, to the Lemonade queen, Beyoncé.

More recently, the iconic songwriter partnered up with the former first lady, Michelle Obama for a female-empowering tune entitled This is For My Girls.

LISTEN: Michelle Obama and Missy Elliott team up for an empowering charity single, ‘This is For My Girls’

Elliott will be inducted into the 2019 Songwriters Hall of Fame on June 13, in New York City.

Tickets to the induction ceremony are available via the official SHOF website.