What would you like to see here? Email us at [email protected]

Hello! Welcome to your daily roundup of what’s going on in pop culture.

This morning, my phone pinged with yet another news alert that made me catch my breath and I decided that was it: The time has come for Christmas things. Normally I have a strict not-before-Thanksgiving rule for festive songs and movies, but this year I’m with Oprah, who released her annual holiday list of favorite things today. “It’s a Wonderful Life” is finally available to stream (on Amazon), and I will be spending this evening watching it and scrolling through Oprah’s incredibly expensive taste.

The new trailer for Andy Serkis’s “Jungle Book” remake (not to be confused with Disney’s 2016 version) is out: It promises lots of mechanical and C.G.I. animals, Matthew Rhys as the baddie and a pretty stellar voice cast that includes Christian Bale, Cate Blanchett and Benedict Cumberbatch. “Mowgli: Legend of the Jungle” will be on Netflix and in select theaters on Dec. 7.

In the mid-2000s they were big business, and Michael K’s gossip blog Dlisted stood out because it was well-written, and always tried to punch up. Soraya Roberts tracked him down for Jezebel, and laments a little that celebrity gossip is now “back in the social sphere where it came from, people saying smart stupid things in a sentence or even an image.”

Missy Elliott has become the first female rapper to be nominated for the Songwriters Hall of Fame. If your reaction to this news is “the what?” I would say let’s just be grateful she is getting some appropriate institutional recognition. In 2017, Jay-Z became the first rapper ever to be inducted.

“Aren’t pop songs generally meant to lift us up?” asks Jayson Greene in Pitchfork. He took a look at the Billboard Top 100, and didn’t see many tracks that were merry enough to do that. I’m not complaining about pop getting “softer, sadder, grimmer, darker, more intimate,” but the question of why is certainly intriguing.

5. The best stuff new to stream 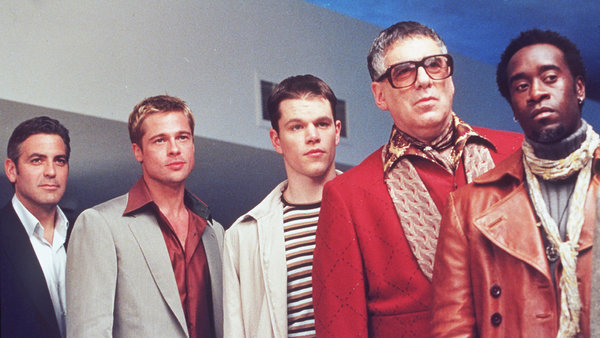 Some great titles hit streaming services this month, in time for holiday viewing, including “Ocean’s Eleven” (Hulu) and a new season of “The Great British Baking Show” (Netflix). Browse all of our picks here.