Mr. Sorkin, who died of the coronavirus, promoted social justice in his prodigious output of essays, lectures and designs. 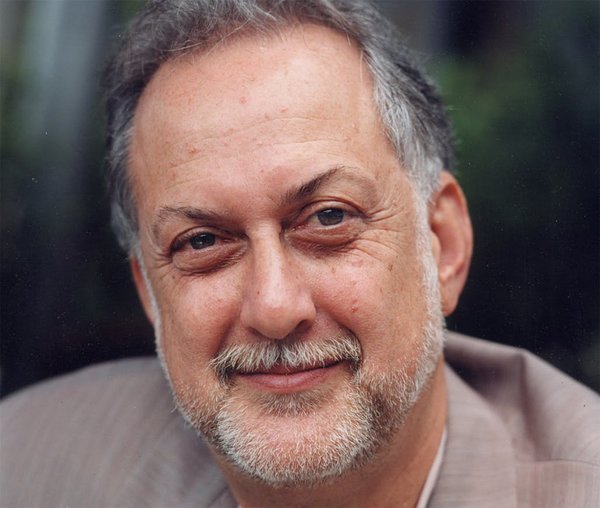 Michael Sorkin, one of architecture’s most outspoken public intellectuals, a polymath whose prodigious output of essays, lectures and designs, all promoting social justice, established him as the political conscience in the field, died on Thursday in Manhattan. He was 71.

His wife and only immediate survivor, Joan Copjec, said the cause was the coronavirus.

In lectures and in years of teaching, Mr. Sorkin inspired audiences and students to use architecture to change lives, resist the status quo and help achieve social equity. His motivational writings and projects helped reset the field’s moral compass.

With degrees from the University of Chicago and Columbia University, and a master’s in architecture from the Massachusetts Institute of Technology, he moved in 1973 from Cambridge to New York, a city he said he adored for its opera and toasted bagels. It remained his home for the rest of his life.

He and his wife, a professor of film theory at Brown University, spent decades in a modest, rent-controlled, two-bedroom floor-through apartment on Waverly Place in Greenwich Village, from which he commuted daily on foot to his studio in TriBeCa. He based one of his dozen books, “Twenty Minutes in Manhattan” (2009), on his pedestrian odyssey.

His writings ranged in scope from urban theory to the Israeli border wall to issues of sustainability. He specialized in compressing biting wit and intellectual scope in irresistible sentences that buoyed serious arguments.

His designs, mostly unbuilt statements of theory, were equally wide-ranging: a small-lot apartment competition in New York, a master plan for a Palestinian capital in East Jerusalem, vast urban planning schemes for competitions in China. He laced his urban proposals with green zones and designed lighthearted zoomorphic buildings, like a seaside hotel shaped like a jellyfish drifting in the current.

A natural radical who saw architecture through a political and social lens, Mr. Sorkin maintained an outsider’s critical perspective even as he entered the establishment as head of his own architecture firm and as director of the graduate urban design program at the City College of New York. His practice, writings and academic position gave him a public platform. At the beginning of his career, he made his reputation by speaking truth to power; when he achieved a degree of power, he continued to speak truth, as though still an outsider.

He first established himself as a public figure from 1980 to 1990 at The Village Voice, where he wrote searing critiques, leavened with humor, that were often delivered at the expense of people who lived uptown. “He said what everyone was really thinking but were afraid to say,” said Max Protetch, whose Max Protetch Gallery specialized in architects’ drawings.

Philip Johnson, long since ensconced as the dean of American architecture by the time Mr. Sorkin began writing, was a conspicuous target. He ripped into Johnson’s post-Modernist AT&T Building on Madison Avenue (1984), designed like a Chippendale highboy, calling it a tarted-up “Seagram Building with ears.” In the humor magazine Spy, he outed Johnson as a former Nazi sympathizer, a fact no one at the time dared whisper.

When he attacked Paul Goldberger, then the architecture critic of The New York Times, in The Voice, Mr. Goldberger fired back that Mr. Sorkin’s writing “is to thoughtful criticism what the Ayatollah Khomeini is to religious tolerance.” The mischievous Mr. Sorkin advertised that retort as a credential when he used it as a blurb on the back cover of a volume of collected essays, “Exquisite Corpse: Writings on Buildings” (1991).

“I thought of Michael as a bomb thrower because his pieces always shook things up,” said Cathleen McGuigan, editor in chief of Architectural Record, where Mr. Sorkin was a longtime contributing editor.

Mr. Sorkin was an activist critic with a social agenda. He started his career identifying abuses of power while facing the headwinds of the conservative Reagan era. “Politics programs our architecture,” he wrote.

He advocated for housing and green energy rather than prisons and malls, and for citizens to participate in the design of their own urban destinies. As architecture’s largest expression, the city shaped how people led their lives, behaved and therefore thought, and he viewed urban design as an instrument of enlightened social engineering, political justice and power sharing. He inveighed against the privatization of public space.

“Ultimately Michael was a humanist: He believed in building for people, not the power structure,” said James Wines, founder of Site, a New York environmental arts firm, adding: “Within the scope of his broad theories, he focused on how people use street signs, roadways and infrastructure. He was a complex thinker, and he designed complexity.”

If his design approach in East New York was a down-to-earth act of urban acupuncture, he also started drawing imaginary ideal cites in the 1990s in which, Mr. Vovk said, “we introduced sustainability and ecology to foster better lives for us and the planet.”

China’s explosive growth over the last 20 years gave him the opportunity to actually build his imaginary cities. “He went to China because they were building cities from scratch,” Mr. Vovk said. Mr. Sorkin wrote in Architectural Record, “I am thrilled by several Chinese commissions we’ve had for urban projects that demand thinking at a scale and a level of sustainability almost never sought elsewhere in the world.”

Many of his vast urban designs for China placed among the winners of competitions, but none were built, though Mr. Vovk said their ideas were adapted by other projects. Typically in these proposals, Mr. Sorkin wove nature into the fabric of patterns he laid atop patterns. A butterfly could flutter its way through continuous swaths of green; a squirrel could make its way between trees without having to cross a street.

Michael David Sorkin was born in Washington on Aug. 2, 1948, to George and Ruth Sorkin. His father was a scientist, his mother a homemaker. He attributed the beginnings of his interest in architecture to the fact that their home was in an architect-designed community.

Focused on the big urban picture, Mr. Sorkin came to see the city as the source of architecture’s social meaning. He designed not free-standing object buildings but structures that grew from the city of which they remained a part. His “House as Garden,” an unbuilt project for a terraced apartment house in New York, illustrated how the landscaped city of his urban vision could climb onto a building.

“When he was drawing a building, he was always drawing part of a city,” Mr. Vovk said, adding, “His initial conceptual drawings were dances of his hand, the choreography of his mind, like scans between the hand and thinking.”

In a tribute published on the website of the architecture and design magazine Dezeen, Geoff Manaugh, remarking on the rarefied sensibility Mr. Sorkin brought to design, quoted him as saying: “Fish are symmetrical but only until they wiggle. Our effort is to measure the space between the fish and the wiggle. This is the study of a lifetime.”