Michael Douglas is truly in the autumnal spirit as he’s undergone quite a major makeover, dyeing his hair red.

The Basic Instinct actor spent the weekend living it up in Paris and seemed to have a new lease of life about him.

Known for being a silver fox, it wasn’t hard to notice that Michael, 78, was sporting an even more striking hair colour with his locks dyed a shade of auburn.

In a short video shared to his Instagram page on Friday, the Hollywood star told fans enthusiastically with the Eiffel Tower in the backdrop behind him: ‘Hey guys! Happy TGIF! Have a good one! Lots of love!’ while echoing the sentiments in his caption.

Part of his new ‘do was concealed as Michael wore a cap but left some tufts of hair sticking out.

He was also spotted out and about in the city of love on Tuesday, leaving Cafe de l’Esplanade after lunch with wife Catherine with his hair on full display, revealing a few silver streaks at the front of hier hair. 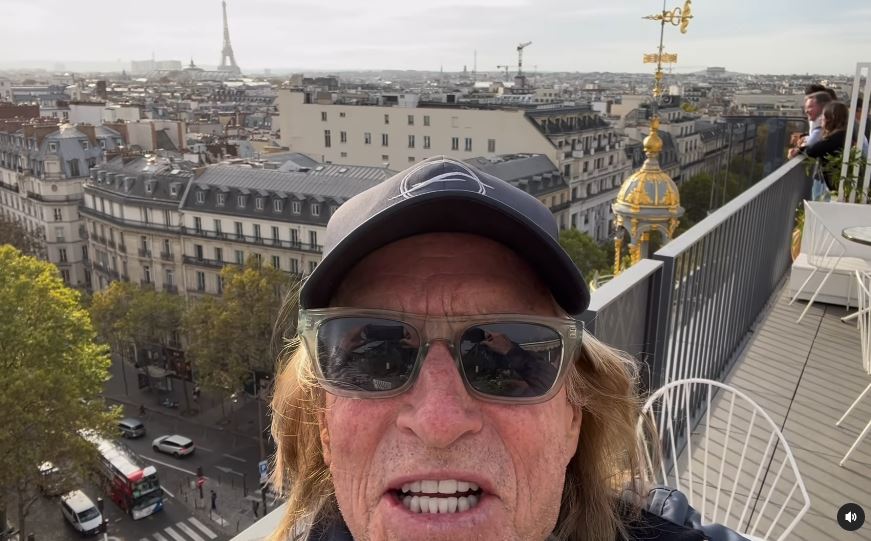 Many of his followers were taken aback by his transformation, with one complimenting: ‘Love the natural look.’

Another even said: ‘You could be in your teens looking at this image if you Michael.’

However, one missed his trademark style and commented: ‘MD has wonderful hair for a guy his age, and looked handsome naturally silver.’

It comes after Michael opened up about getting old and boasted that he still had a good set of tresses.

One of his followers had a theory about the sudden change in look and shared: ‘Probably for a character he is playing in a movie.’

Michael currently has one project in post-production with the next instalment of Ant-Man, in which he plays Dr Hank Pym, set for release in 2023.

It has also been announced that Michael will star in upcoming TV series Reagan & Gorbachev while also playing Benjamin Franklin in an Apple TV+ show.

The actor, who is married to actress Catherine Zeta-Jones, was last seen sporting his usual grey hair on October 24, when he shared an Instagram photo of himself posing at the United Nations to mark its 77th anniversary.