Despite ongoing labor tensions, members of the company’s orchestra and chorus will perform with soloists and Yannick Nézet-Séguin. 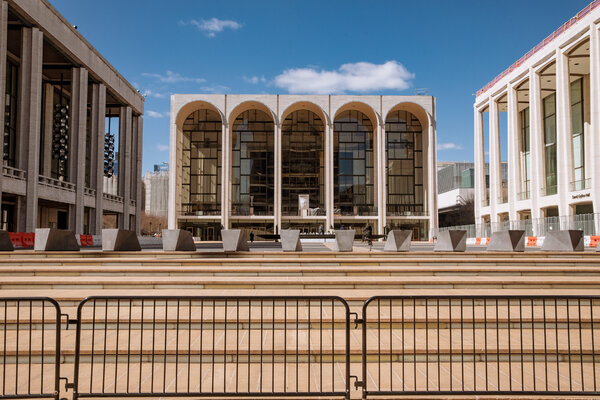 The Metropolitan Opera will perform again for a live audience, 430 days after the coronavirus shut down its theater.

Members of the company’s orchestra and chorus, joined by prominent soloists and led by its music director, Yannick Nézet-Séguin, will give two concerts at the Knockdown Center in Queens on Sunday, the Met announced on Wednesday. The concerts will go on despite continuing labor tensions at the Met, which have threatened the intended reopening of its Lincoln Center theater in September.

Scheduled for 6 and 8:30 p.m. on Sunday, the program, called “A Concert for New York,” includes selections by Mozart, Verdi and Terence Blanchard, whose “Fire Shut Up in My Bones” is planned to reopen the Met on Sept. 27 and will be the company’s first opera by a Black composer. The soloists for the Queens performances will be Angel Blue, Stephen Costello, Justin Austin and Eric Owens; 12 Met choristers and 20 orchestra musicians will take part.

The union representing the Met’s chorus members, soloists and some other workers recently struck a deal on a new contract, though the details will not be made public until the union members vote on ratifying it later this month. The orchestra players’ union, Local 802 of the American Federation of Musicians, is still in negotiations with management over how deep and lasting pandemic pay cuts will be.

In March, after nearly a year of unpaid furlough, the musicians and chorus members agreed to begin receiving up to $1,543 per week in exchange for returning to the table to negotiate longer-term contracts. For the concerts on Sunday, each union performer will be paid an additional $1,000.

Since last summer, the Met has livestreamed pay-per-view recitals featuring soloists and musicians from outside its orchestra, drawing criticism from furloughed orchestra members. The orchestra began staging its own virtual concerts and collecting donations to distribute to musicians in need. The concerts on Sunday will be the first in-person performances under the Met’s brand since March 11, 2020.

In recent weeks, New York officials have announced plans to loosen pandemic restrictions around the performing arts, prompting major sectors, like Broadway, to lay out their plans for a fall return.

“As the city’s largest performing arts company, we are determined to participate in New York’s reopening,” Peter Gelb, the Met’s general manager, said in a statement, “even though there is much still to be settled with our unions and in preparing the opera house for next season.”

In keeping with the state’s current rules, Sunday’s 45-minute concerts will each have an audience of 150 people, who must provide proof of vaccination, a negative PCR test taken within 72 hours of the show or a negative antigen test within six hours of the start time. Tickets will be distributed by a lottery system, including a portion set aside for emergency medical workers with Mount Sinai’s hospital in Queens.

Because the concerts are taking place in Queens, Local One of the International Alliance of Theatrical Stage Employees — which has been under a lockout at the Met since December — does not have jurisdiction over the stagehand work. That work instead goes to Local Four of the union, though Local One has agreed to make a limited number of its workers available to load large instruments, music stands and chairs at the Met.