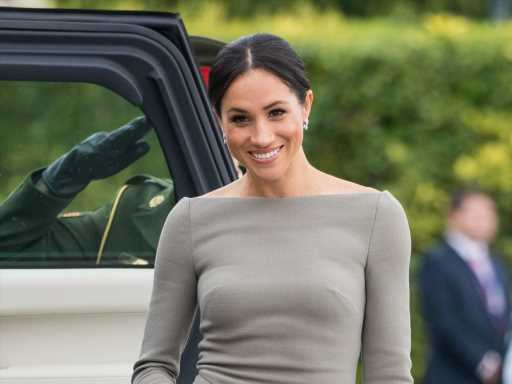 The announcement last week that Meghan Markle was producing an animated series, Pearl, for Netflix was exciting news, but now we’re learning that there is another layer to the story — and it has us all raising our eyebrows. Did the couple have their eyes on Netflix long before their production deal? 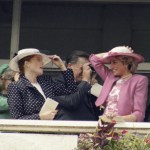 Let’s go back to the infamous Oprah Winfrey interview in March, where the couple chronicled their exit from the royal family. With Prince Charles cutting the two of them off financially after leaving their senior roles (a timeline that has also been disputed), Harry told Winfrey, ” I had to afford security for us.” It was the fortune left behind by his mother, Princess Diana that afforded them to make the big move.

In order to secure their future, they had to make swift moves to carve out a financial path for themselves. “‘What about streamers?’” Harry recalled a friend suggesting the idea to them during the pandemic. Meghan then chimed in, “We genuinely hadn’t thought about it before.” But it turns out that Meghan had been working on the Pearl project while a member of the royal family with Elton John’s husband, David Furnish, according to Page Six.

There’s a big difference between a one-time project with Netflix and the major production deal the Sussexes have with the streaming network now — and that’s exactly how we have to look at it. Meghan’s expectations when she joined the royal family were ambitious and she went right to work developing a cookbook to benefit the Grenfell Tower survivors and diving into her British Vogue guest editor stint. The Pearl project falls under that umbrella, but it may have been too big of an idea, given the fact that the royal family would have wanted to have more creative control with the show and it would need to reflect the values of the monarchy. Meghan wanted to dive headfirst with the global platform she now had, but she didn’t realize how strict the rules were going to be — and that’s likely where some of the problems began.

Meghan and Harry have always had grand ideas on how they wanted to make an impact on philanthropy and their senior roles were going to constrict them because of traditional royal protocols. By leaving the royal family, Meghan was able to take her one-off idea and help them build their dreams together with a Netflix deal that was both creative and lucrative for their family. She and Harry have the freedom to live out their acts of service in ways they could never imagine if they were still in their senior royal roles. So the Netflix seeds may have been planted early in her time as a royal, but their current production deal is a game-changer for their new path post-exit.