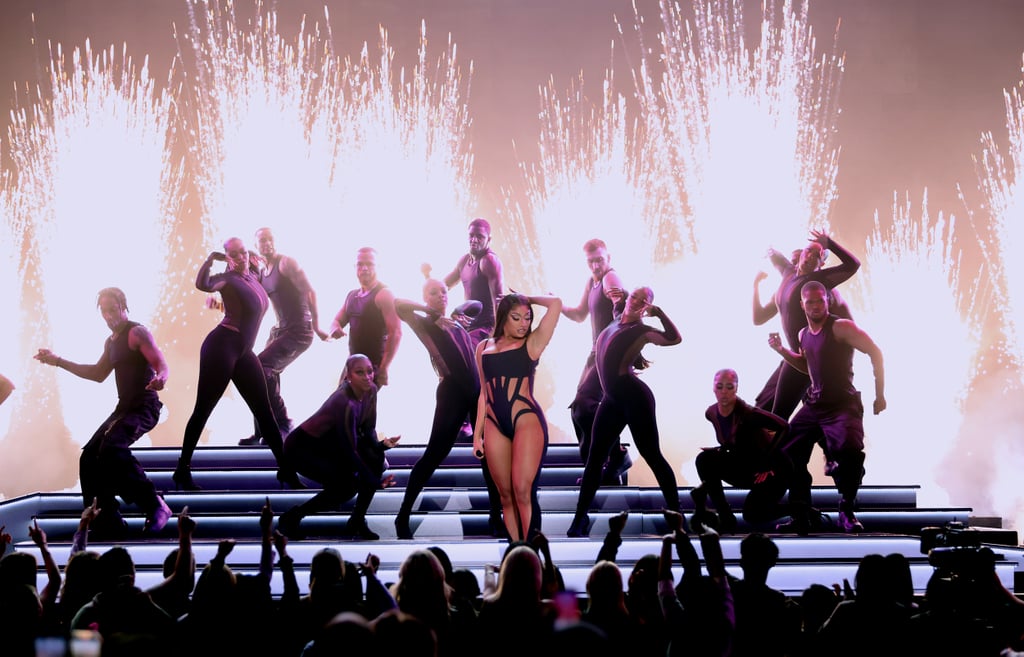 Megan Thee Stallion made her debut at the Billboard Music Awards on Sunday night. After heating up the red carpet in a matching two-piece set, the 27-year-old rapper delivered a show-stopping performance of her hits “Plan B” and “Sweetest Pie.”

While this was Megan Thee Stallion’s first time performing at the ceremony, the artist is already a two-time Billboard Music Awards winner. In 2021, she took home the award for top rap female artist, and she won the honor yet again this year, beating out Cardi B and Latto.

Megan Thee Stallion’s Billboard Music Awards debut comes just weeks after she performed at Coachella, where she originally previewed “Plan B.” Shortly after, she attended the Met Gala in New York City, where she dazzled in a gilded gold gown complete with wings. The appearance marked her second time at the fashion event.

The musician was also honored with a key to her hometown, Houston, earlier this month. The mayor of Houston and city council members officially proclaimed May 2 to be Megan Thee Stallion Day in appreciate for her philanthropic contributions via her nonprofit organization, the Pete & Thomas Foundation. “Megan Thee Stallion has an extraordinary entertainment career, but we wanted to honor her for what she does offstage to lift people’s lives in underserved communities,” Mayor Sylvester Turner told KPRC 2. “She assisted people after the 2021 winter storm, during the pandemic, and helped those struggling with homelessness. I look forward to watching her grow as an artist and humanitarian.”

Check out photos from Megan Thee Stallion’s debut performance at the 2022 Billboard Music Awards ahead.