Out of the mouths of babes and into the ears of Matt Damon. This week, Stillwater leading man Matt Damon volunteered an anecdote about his home life that left many wondering how he could have failed to absorb one of the key tenets of the lesson he’d reportedly learned as he shared how his daughter had, recently, talked him out of his continued use of a homophobic slur beginning with “f.” Let us be unequivocally clear: A Matt Damon who does not say this f-word is superior to a Damon who does by all accounts. But in sharing this story in which he freely admits to frequent use of the word until recently and recapitulates his dismissive response to his daughter’s initial protests, Damon risks coming off as a man more interested in touting his daughter’s particularly strong (and well-written) objections to the word than someone who truly absorbed the harmful nature of the word itself. 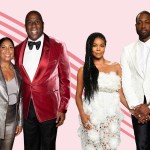 
Celebrity Parents Who Are So Proud of Their LGBTQ Kids

In a recent conversation with The Times, Damon recounted the conversation he’d had with his daughter that made him decide he’d said this slur for the last time.

“‘I made a joke, months ago, and got a treatise from my daughter. She left the table. I said, ‘Come on, that’s a joke! I say it in the movie Stuck on You!’” he said.

“She went to her room and wrote a very long, beautiful treatise on how that word is dangerous,” he continued. ” I said, ‘I retire the F-slur!’ I understood.”

Damon shares four daughters with wife Luciana Barroso: Alexia, Isabella, Gia, and Stella. While his youngest is only 10 years old, it’s not hard to imagine any one of them expressing surprise and discontent at hearing their dad say that word, which the actor contends “was commonly used when I was a kid, with a different application,” a comment that, in itself, demonstrates some remaining light to be shed on the word’s harmful history.

While Damon may feel that his childhood use of the slur was entirely separate from the harmful connotations into which one of his daughters clued him in, anyone who’s ever felt targeted by the slur might not agree — and Damon’s daughters may have even struggled over the years to parse what attitudes their father did and did not represent when he used that slur. Hopefully, this conversation in the Damon household will be a learning experience that the actor continues to reflect on. If he’s only just stopped saying the f-slur, we’re a little wary of what else he might need to adjust.

Before you go, click here to see all the celebrities who have talked about being bisexual, sexually fluid, pansexual, or queer.