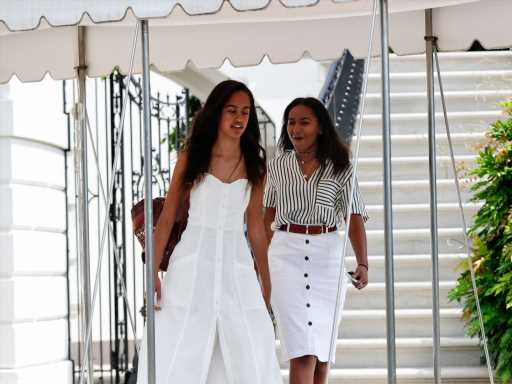 While Barack Obama and Joe Biden spent eight years in the White House together, daughter Sasha Obama and granddaughter Maisy Biden were forming an equally enduring bond. By the end of their second term, it may have been #Jobama memes trending, but Sasha and Maisy were closer than ever, hosting a joint party when they both graduated from the same school. As Biden steps into the presidency, his kids Ashley and Hunter Biden, and grandkids Maisy, Naomi, Finnegan, and Natalie Biden are stepping into the spotlight too (grandson Robert Biden, 14, has not joined in family interviews). As we hear more about his granddaughters’ relationship with the Obamas over the years, and specifically how inspired they feel by Sasha and Malia Obama’s presence in the public eye, we’re starting to get a picture of the new tone that will be set by the Biden family.

Joe Biden has seven grandchildren in total, though only Hunter’s daughters Maisy, age 20, Finnegan, age 22, Naomi, age 27, and late son Beau’s daughter Natalie, age 16, have spoken publicly about their grandfather. In a Today interview with former first daughter Jenna Bush Hager, Maisy and Finnegan opened up about the example set by Sasha and Malia’s low profile and down-to-earth character over the years.

“Maisy and I and Natalie and Naomi have had the privilege of being able to see two of our friends navigate eight years of what was really difficult, and they did so, so beautifully,” said Finnegan. “And they came out so grounded and humble, and they’re so smart and driven, so I think we can only take advice from them.”

Sasha was just 7 years old when she first came to the White House; Malia was 10. And though the nation watched their every move for the better part of a decade, they’ve kept their social media private, quietly enrolled in university (Sasha at University of Michigan, Malia at Harvard), and continued to go about their lives, seemingly unaffected by their newfound fame beyond the practical measures they took to avoid paparazzi.

Michelle Obama made a conscious parenting decision to keep her kids grounded from a young age, immediately worried about the effects of life in the White House so young. She opened up about it on The Michelle Obama Podcast, saying: “We made sure they had responsibilities, and so, we had to do things like, institute rules that the housekeepers couldn’t clean the girls’ rooms, and that they had to make up their own beds, and have a set of chores.” 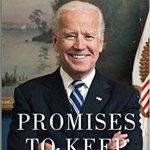 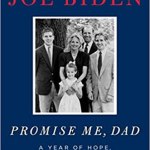 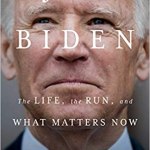 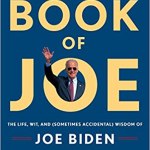 The Book of Joe


Finnegan notes that they’re still in touch with Malia and Sasha, the latter of whom has recently had a few brushes with the power of her first daughter status in the form of two TikToks in which she appears going viral. Since neither daughter has public social media, the world is desperate for a look at the girls we watch grow up grown-up — and it doesn’t hurt that they’re both so damn stunning.

“They’ve been so nice offering advice to us and support,” Finnegan says, with sister Maisy adding: “You can only hope to do as well as they did because they just did it so beautifully.”

In other words, you can expect the Biden women to keep on doing what they’re doing. As daughter Ashley Biden told Hager the day before, Joe Biden becoming president doesn’t mean his family expects to be in any kind of position of power. But as long as the world is looking their way, they’re hoping they can use their platforms for good.

Before you go, click here to see our favorite photos of President Joe Biden’s big family.